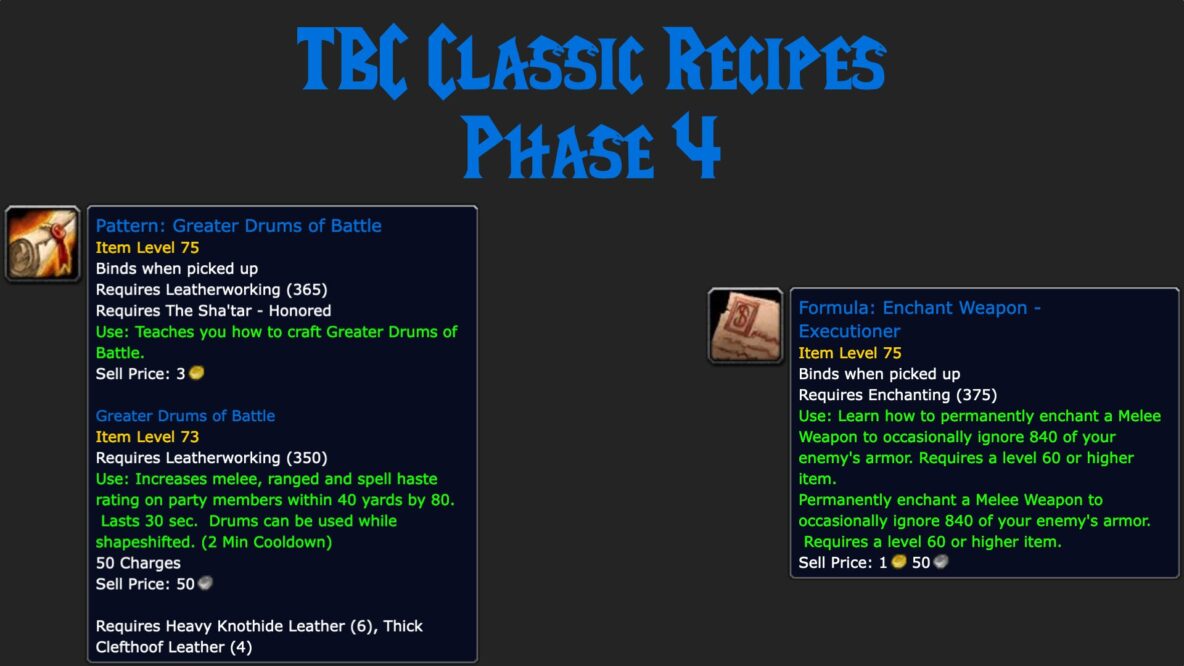 There are a few new professional recipes that will be available when TBC Classic Phase 4 releases. Most notably new Greater Drums, which are a great benefit to party members of the leatherworker using the new drums. 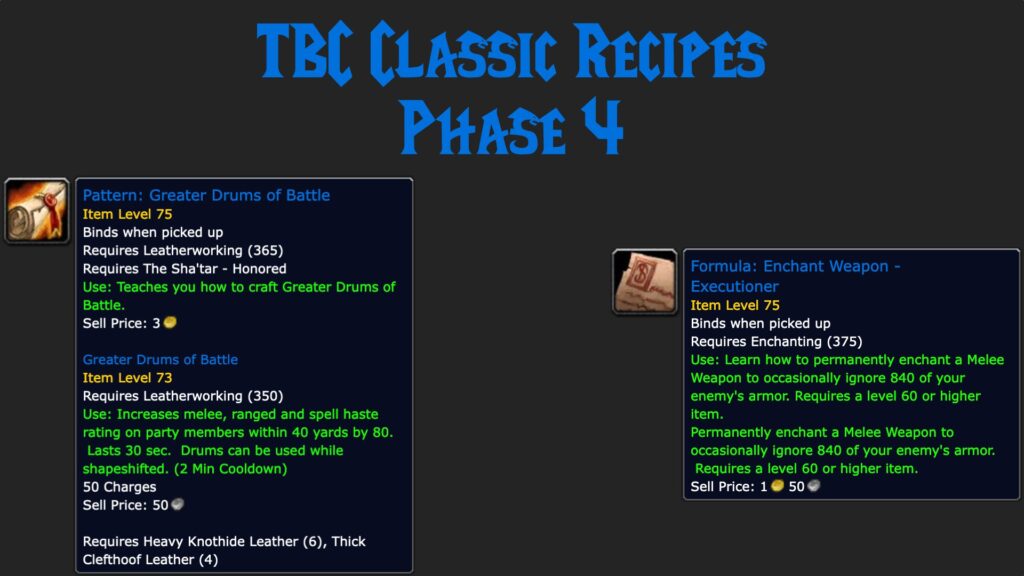 All current versions of leatherworking drums will have a new Greater variant available in TBC Classic Phase 4. The Greater version offers the same stat buffs or ability. Their only difference is with their effective range. They even use the same materials. For example:

You’ll learn Greater Drums from the same source you learned the original. They even have the same rep and skill required.

These are new Outland entry-level quivers. They offer 20-slots, more than any ammo bag from WoW Classic. A great upgrade for newly level 60ish hunters.

Both recipes are learned from an Outland leatherworking trainer after March 24, 2022, at 3:00 PM PST.

This new formula can drop from any of the new bosses in Zul’Aman.

This new recipe was not specifically mentioned in Blizzard’s Phase 4 announcement. But it was originally added to TBC during the release of Zul’Aman.

Brilliant Glass will now have a chance of containing an epic gem. This will only apply to Brilliant Glass created after March 22, 2022’s maintenance.

Magtheridon’s Black Sack of Gems will also have a chance of containing epic gems after the same date. So expect the cost of epic gems to go down a bit after Phase 4’s release.