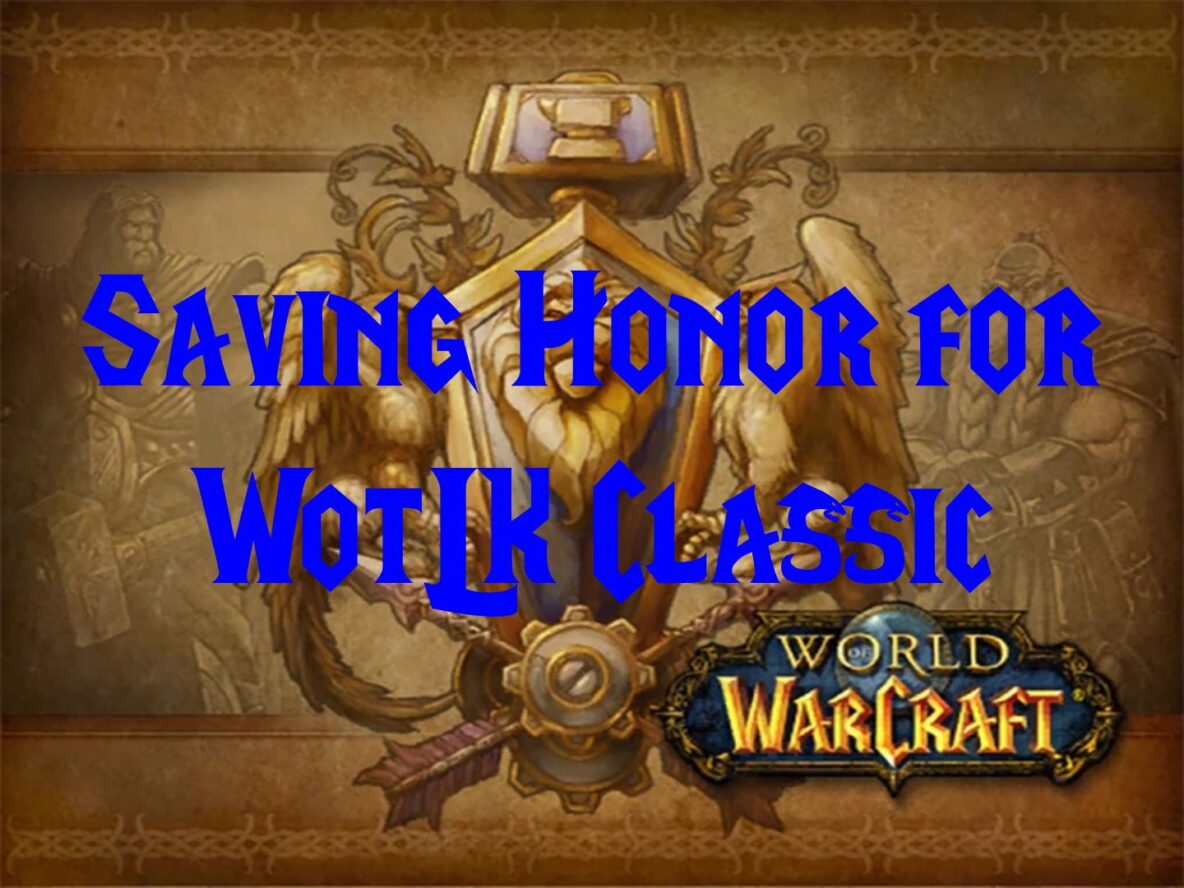 With WotLK Classic prep underway for many players, questions have come up about hoarding honor points now to buy PvP gear at level 80 later. Is it worth saving honor points for WotLK Classic? The answer is a little up in the air, given how honor was handled during the original Burning Crusade to Wrath of the Lich King handoff. And we haven’t gotten official word from Blizzard on how honor points may be dealt with this time. But we can look at both the past and the future to get some guidance. 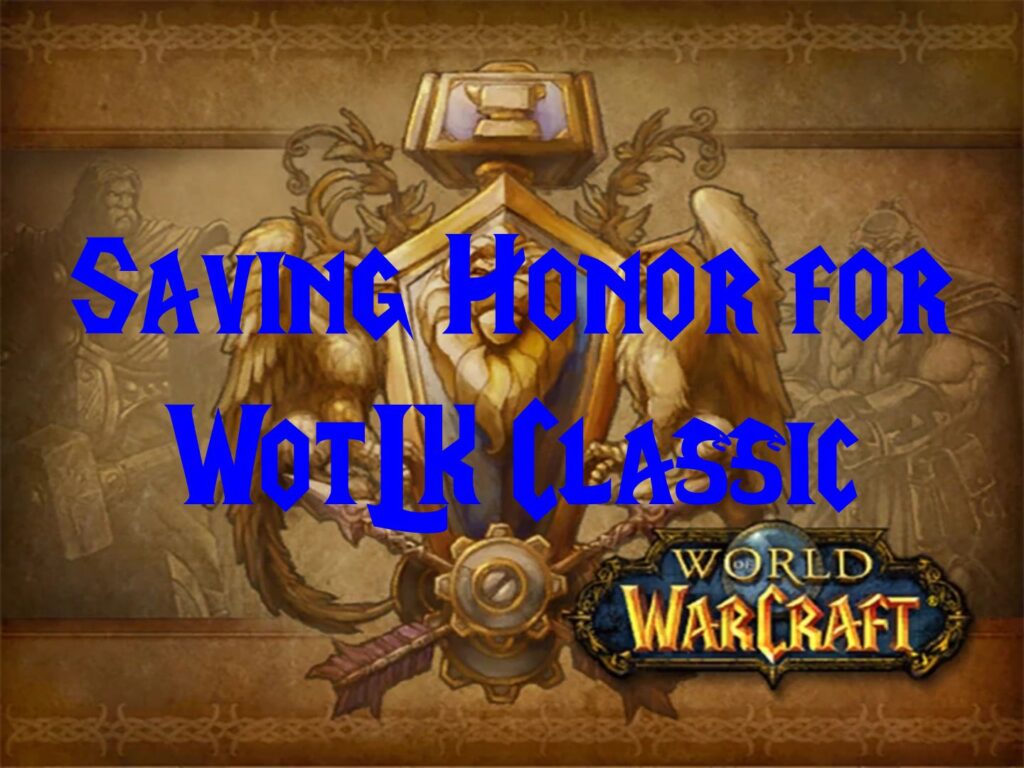 How Much Honor Can I Save for WotLK Classic?

There are two paths for saving honor points for WotLK Classic, and to maximize your purchasing power at level 80 you’ll need to do both. The absolute maximum is 149,000 with a mix of actual honor points and saved marks of honor.

You can earn and save up honor points, up to the 75,000 cap. That cap will remain the same going into WotLK Classic.

You can reach this cap without any real PvP effort. If you complete the tower capture daily quests in Hellfire Peninsula and Terokka Forest over 40 days you’ll hit the honor cap. 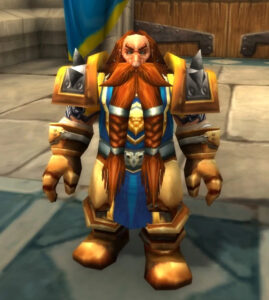 In addition to honor points, you can also save up battleground marks of honor. These are items you receive for participating in the various battlegrounds. You get 1 mark for a loss and 3 for a win. You can also earn an additional 3 marks with your first win via the daily battleground quest. They are currently used as a secondary currency required for some PvP gear purchases. You can also turn in one of each mark for honor and gold.

In WotLK patch 3.3.3 these marks stop being a currency for PvP gear and instead become currency for Commendation of Service. That is a one-time use item that grants honor. This change makes it worth considering saving marks for level 80.

You’ll get more honor per mark in WotLK Classic than you can now.

The best way to determine the value of spending time-saving honor for WotLK Classic is to look at gear costs in WotLK. Level 80 PvP gear costs more honor than level 70 PvP gear, so your honor points won’t go as far. This is where you should determine if the effort of earning and saving honor is worth it for your level 80 goals.

In short, you’ll be able to buy one piece of PvP gear at level 80 with just honor capped. Or you can buy up to three pieces of PvP gear if you go all-in on both honor points and marks of honor.

These items can be bought at the start of WotLK Classic for honor points with no arena ranking required.

As you can see, with a 75,000 honor cap you’ll only be able to get one item immediately and you’ll be ~60% of the way to getting a second item. With both honor cap and marks of honor cap, you can buy up to three of these items.

These items were also sold for just honor points, but they also had arena ranking requirements to be worn. Meaning they won’t be available until at least the second week of Season 5.

Whether it is worth holding onto your honor for an extra week or going into your first arena matches with as much PvP gear as possible is up to you.

Was There an Honor Reset for Original WotLK?

There was almost an honor reset during the original TBC to WotLK transition. But in the end, only arena points were reset.

Originally Blizzard planned to reset honor points, arena points, and battleground marks of honor. This was planned to it to provide an even playing field for everyone at level 80, both current TBC players and any new WoW players joining in during WotLK. The reset was planned sometime before WotLK was to be released, but a specific date was never given.

A little over a week later Blizzard backpedaled due to community response and announced honor points and battleground marks of honor would not be reset. Arena points would still be reset once a character hit level 71. The counterarguments included pointing out the honor cap which already existed and hurting players who had already put in the time and effort to store up the honor. It should be noted this was before battleground marks of honor because more lucrative for receiving honor points (a change in late WotLK).

So there was not an honor reset going from TBC to WotLK, but Blizzard’s first instinct was to do it. There is historical precedence for either, but to make things like they were would mean no honor point reset.

You could opt to wait for Blizzard to make an official statement on whether honor points will be reset or not. But that announcement may come much later, reducing how much time you have to earn honor and marks.

What About WoW Classic to TBC Classic?

There was technically an honor reset from WoW Classic to TBC Classic’s pre-patch. But that was because the entire honor system was changed. In WoW Classic honor reset each week, with your points determining your rank. Your rank is what gave you access to PvP rewards, which were sold for a bit of gold. There also weren’t new PvP rewards added throughout the game, as we didn’t have arenas or arena seasons. So looking to WoW Classic for guidance isn’t very helpful.

Will These Daily Quests Still Work in WotLK Classic?

Both the Hellfire and Spirit Tower daily quests are expected to stop giving honor come WotLK Classic (and likely at the start of the pre-patch. This is according to WotLK databases and early testing done on the WotLK Classic beta server.

The Hellfire Fortifications quest will reward an Insignia of the Alliance or Insignia of the Horde. These are the basic level PvP trinkets to remove movement impairing or control loss effects with a 5-minute cooldown. The Medalion of the Alliance/Horde versions for 2000 honor is superior, but for anyone needing a PvP trinket for raid use, this is a one-and-done approach come WotLK Classic.