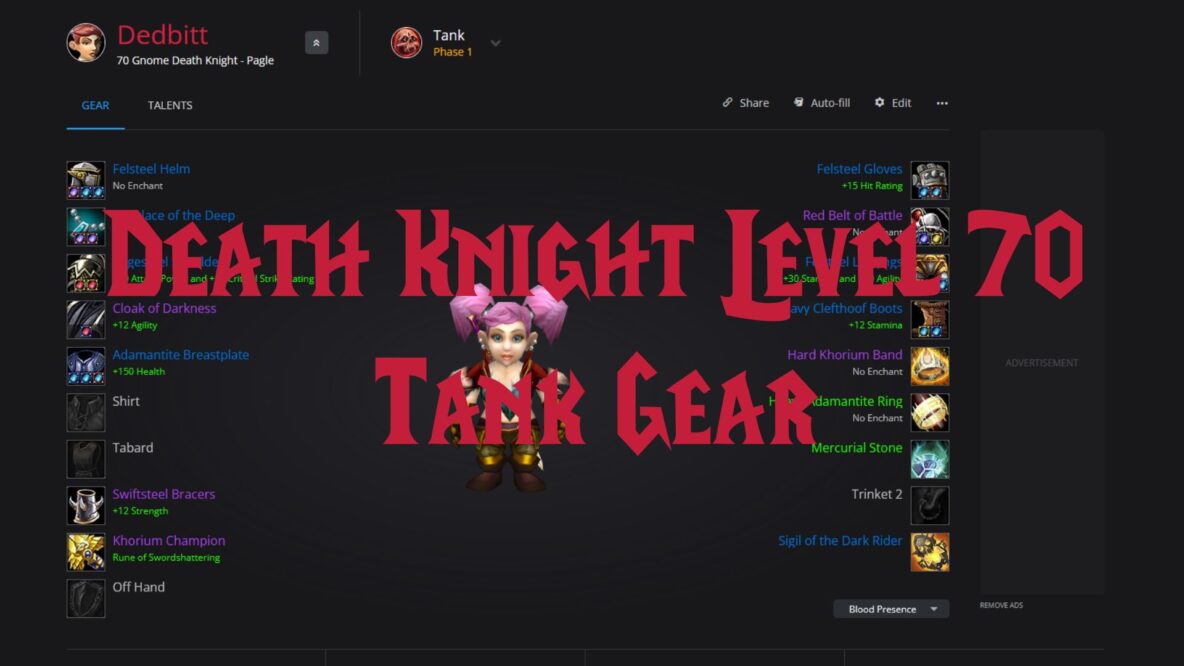 Players who want to try their hand at tanking with their new death knights during the WotLK Classic pre-patch or the early stages of Northrend leveling should consider having some tanking gear for them at level 70. The general consensus is that a full tank set, or even a dedicated tank build, isn’t necessary for tanking normal dungeons during leveling. But a death knight with level 70 tank gear will have an easier time staying alive and will be less dependent on having a strong healer along. 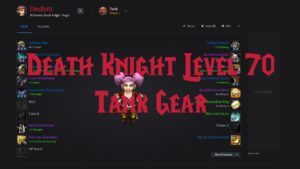 The items listed below are mostly crafted BoE items, with some fill-ins from my planned Death Knight Level 70 Pre-Raid DPS Gear. There is of course better gear found in heroic dungeons and Outland raids, but this list is designed to avoid the random drop chance element.

The death knight level 70 tank gear list goes from best to worst. You can check your own realm’s prices with NexusHub, in most cases you’re better off buying mats and asking a guild friend to craft the gear for you.

Necklace of the Deep

There are slots that can be filled nicely with BoE gear I already have planned for my level 70 DPS set. While these pieces focus on DPS they still beat out any tank-focused alternatives easily obtainable by a fresh death knight.

The recommend tanking builds all use two-handed weapons, so we’ll focus on those here.