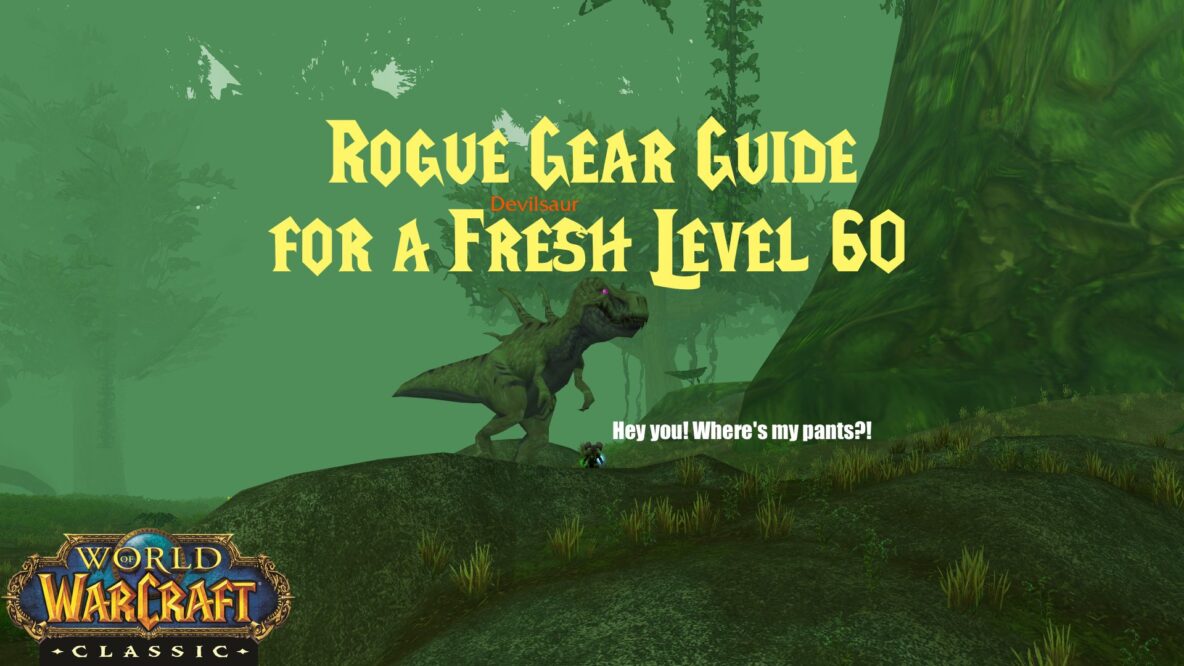 The performance of rogues in WoW Classic is significantly influenced by their gear. Back in Phase 1 and 2 of WoW Classic we could jump into Molten Core with green quest rewards and do okay. But now in Phase 5, you’ll need to gear up to be accepted into later content raid groups. This rogue gear guide is aimed at fresh level 60 rogues. Helping you to gear up as quickly as possible. 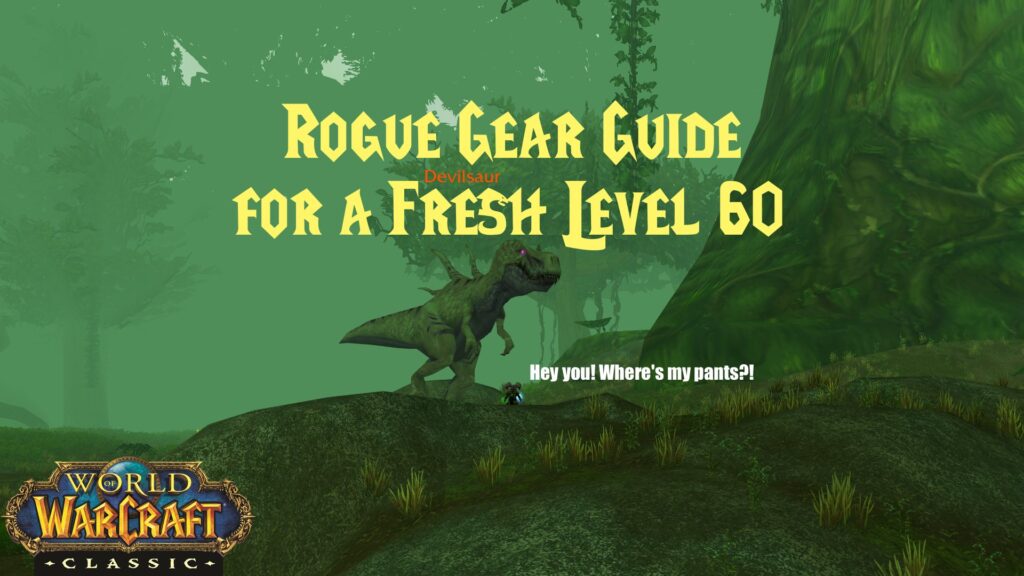 We’ll focus on good gear from quest rewards and crafted items. That’s not to say you won’t have to work for it, the crafted items require a decent amount of gold to buy the mats. But almost none of it will be left up to the random chance of a dungeon drop. Meaning all the effort put in will earn you a reward.

This is not a pre-raid BiS (best in slot) rogue gear guide. There are plenty of those available already to show you the best pre-raid gear you can get. But getting the best takes time. This guide will help you gear up quickly and more easily so you can join your guild and friends in raids. Leaving the pre-raid BiS stuff for something you can do between raid nights.

Mask of the Unforgiven

This is our only dungeon farm item in the rogue gear guide. But with four helpful guildmates, you’ll probably be able to get this in less than an hour.

Reward from a long quest chain, but well worth it. Only a handful of other necklaces in the game are better for rogues.

One of three rewards from the rogue level 50 quest series. If you didn’t complete it while leveling it is worth going back for this cloak. If you did complete it and picked a different reward then just skip this slot.

Pick the cloak, even if the other items are also upgrades. The cloak is unique in the game, no other item offers fall damage reduction. Making it useful for a long time, even when leveling again in Outland.

Two crafted items associated with the Zandalar Tribe (ZG rep). Chances are there is a leatherworker in your guild who has the needed rep to make them for you. You’ll just need to provide the mats, which will be a mix of buying from the auction house and farming.

This is a great piece, almost as good as an epic belt out of Molten Core. If this was a pre-raid BiS rogue gear guide it would still make the list.

Be sure to also have the quest The Perfect Poison to get them both done in one run.

If this was a pre-raid BiS rogue gear guide it would still make the list. They were your best option when I leveled up, and they still are today. The set bonus is powerful enough you may not want to replace either until you can replace both with epics.

Chances are there is a leatherworker in your guild who has the recipes and can make them for you. Provided you give them the needed mats. But also check and see what they are selling for on your server. On mine, you can buy the set directly from a farmer/crafter for less than you can buy the materials.

Mongoose Boots are better and an easily crafted item. But their materials can get expensive, on my server they are the single most expensive item on this list. If you have more gold than time then go for them, and get the better set of boots out of the deal.

But if you’re gold starved you’re better off doing the quest for Swiftfoot Treads. Spending what you have on the Devilsaur and Primal Batskin sets (in that order).

I consider these options in my rogue gear guide. If you have spare gold you can buy two of these from other players farming Dire Maul North. Prices vary by server, so ask in trade chat before you commit.

You can do this twice, as the rings are not unique.

A sometimes overlooked trinket. Its 2% hit is useful even after hit capped, and it is the cheapest and easiest item to get on this list. That said this will be the first trinket you replace when you get something better.

Quest reward from completing both LBRS and UBRS. You could get it all done in one long run with a willing group. Or plan for two dungeon runs at different times. Either way, it is a strong trinket, and given the lack of options in raids one that most rogues (myself included) still use.

You’re going to start with a pair of swords. Even if you want to go daggers these swords are stronger starting options and are easier to get. Wait until you can get epic daggers from raiding to make the switch from a sword to dagger rogue. For enchants, I recommend Crusader on both the main hand and off-hand to start. It is among the cheapest of the better enchants, and the extra heals will help with your lower health pool when taking raid level damage.

Your best option for the main hand weapon. Requires an easy quest and a couple of kills in 20-man raids.

Be sure to also have the quest A Collection of Heads to get them both done in one run.

Almost as good as Ravenholdt Slicer for your main hand weapon. This was my top pick for a pre-raid rogue weapon until Phase 5 came out. You can pick one up from the auction house if you have gold and want to skip getting into two 20-man raids. Prices vary, with the US median being 50 gold as of this post.

A strong off-hand weapon for rogues. You can do the needed quest series in one Scholomance run with a willing party.

What early raid epics you’ll get will depend on the raids you run and how loot is handled for them. In my guild, it wasn’t uncommon for a fresh level 60 to get a lot of their Tier 1 armor set in a single Molten Core run with some luck. The blue items from ZG and AQ20 are usually as good as Molten Core epics, so are also worth going for.

If you have a choice, or want to plan your DKP or EP/GP spending, then focus on these slots:

If your guild runs AQ20 regularly get into those runs for rep and loot. The 3-piece Veiled Shadows set is great even for well-geared rogues. You’ll easily win all three turn in tokens well before you reach the needed reputation.

Don’t worry about Darkmantle armor. While some rogues consider it BiS at the start of Phase 5 it is a ton of work for a fresh level 60 to complete.

If you’re inclined you could work on the Field Duty quests and get Earthstrike as a strong trinket upgrade.