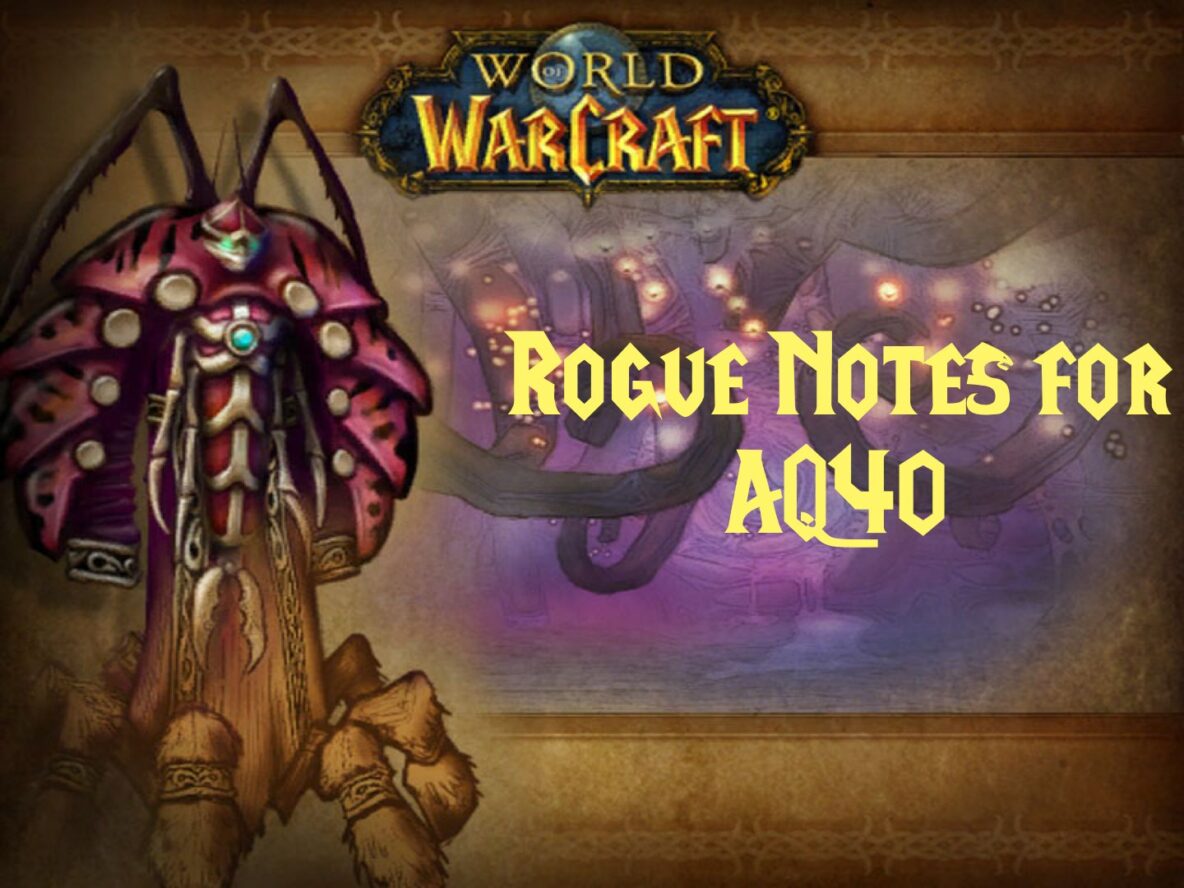 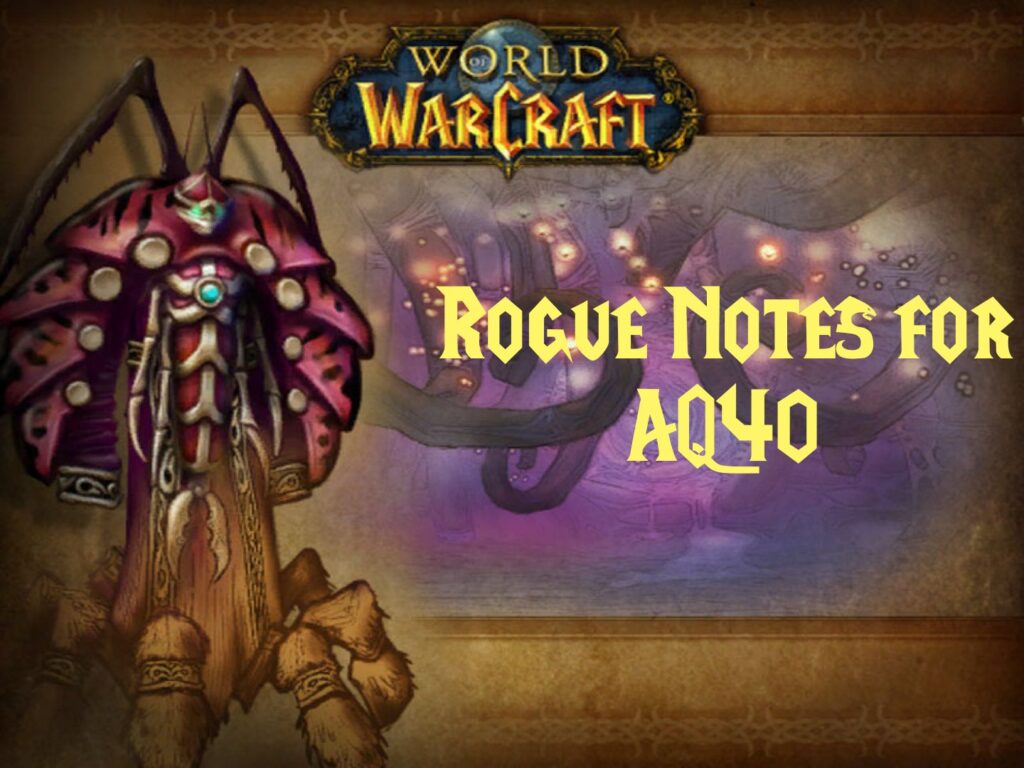 Doing my own preparations for AQ40 I visited many rogue sites, forums, and Discords for tips and tricks. Some were good, others assumed you were in a top-performing guild (I’m not, and probably neither are you). So I took what I found and put together these rogue notes for how most of us will experience AQ40.

Your guild’s overall raid strategy is being handled by your raid leader and officers. At the end of the day what they say goes. Not this guide or anyone else on the Internet. Your raid team only works if they act as a team. That said, as a rogue, you’ll find much of the information below works for whatever approach your own guild takes in AQ40.

The talent Murder is useless in AQ40. The bugs are classified as “other” by the game. So you can move those two points somewhere else to increase your DPS inside AQ40. But you’ll lose even more DPS everywhere else. Including Blackwing Lair and much of the open world. 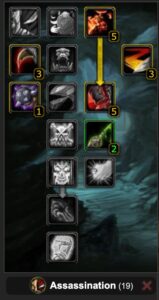 Sword rogues gain 0.9% DPS in AQ40 by moving points to Improved Poisons. But lose 1.9% DPS in other content.

Whether this is worthwhile or not is up to you. Chances are you have Blackwing Lair on farm status and have for a while. So losing some DPS won’t affect the result of clearing the raid. As you break up your Bloodfang set and lose the apply poisons bonus the DPS loss will lessen.

Dagger rogues gain 0.2% DPS in AQ40 by moving points to Ruthlessness. But lose 1.9% DPS in other content.

As a dagger rogue myself this isn’t worth doing. Any single gear upgrade is more significant than this talent change. That said, if you want to put everything into AQ40 progression then a DPS increase is a DPS increase. And I doubt the DPS loss in Blackwing Lair and elsewhere will change the results of getting stuff dead.

Regardless you should stay with combat spec for the start of Phase 5. Seal Fate isn’t viable until you have your Tier 2.5 armor. I don’t believe Seal Fate will end up being competitive unless you can keep world buffs for the whole raid. But we’ll see what the theory crafters say once testing with Tier 2.5 is done.

If you don’t usually bring consumables to raid consider starting with AQ40. They really do make a difference, especially when most everyone uses them. They may even be mandatory comes Naxx.

How Much Should I Bring?

That’s a good question. The easy answer is as much as your bags can hold, especially for your first run into AQ40. But it isn’t a good answer.

Here are some things to consider while balancing your haul of consumables:

What Am I Bringing To My First AQ40?

All that takes up 23 bag slots. Having both cheap and good buff items gives me flexibility if we run into a fight that is giving us trouble. And at the end of the night if I’m out of consumables I can be sure most of the raid is, too. 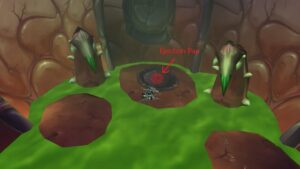