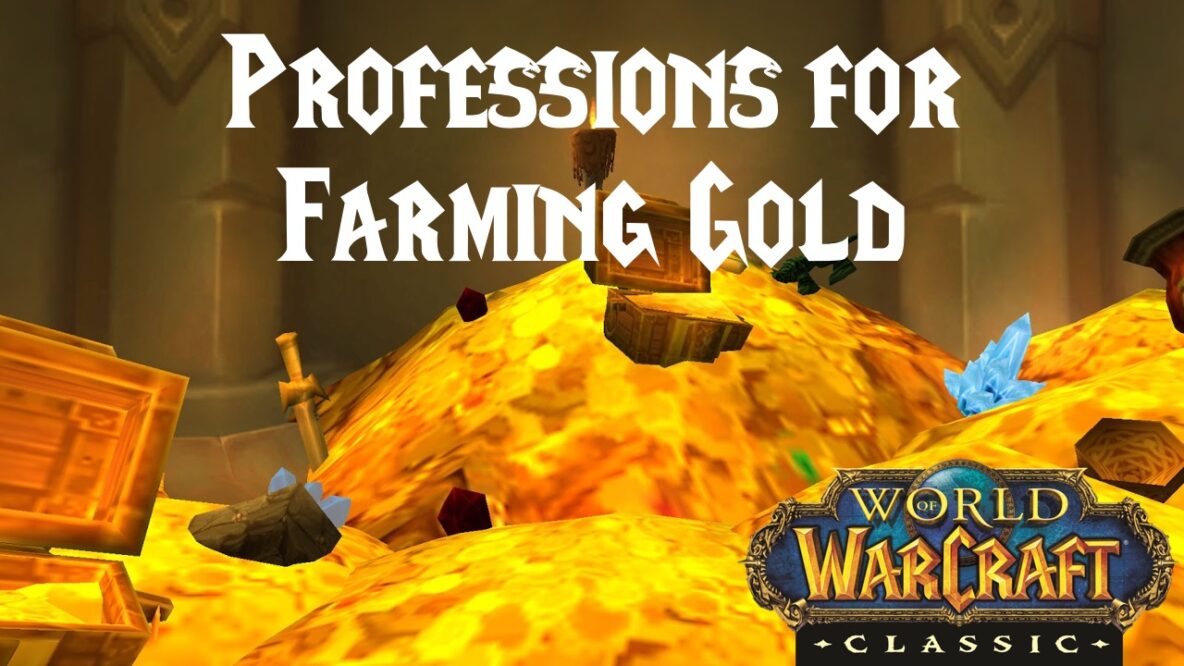 Most players viewed professions as a way to earn gold when they started playing the game. But as many have realized, not all professions are created equal when it comes to farming gold. If you have the right profession and recipes to make gold, great. If not it isn’t worth changing professions now just to have another gold farming option. And there’s always fishing. 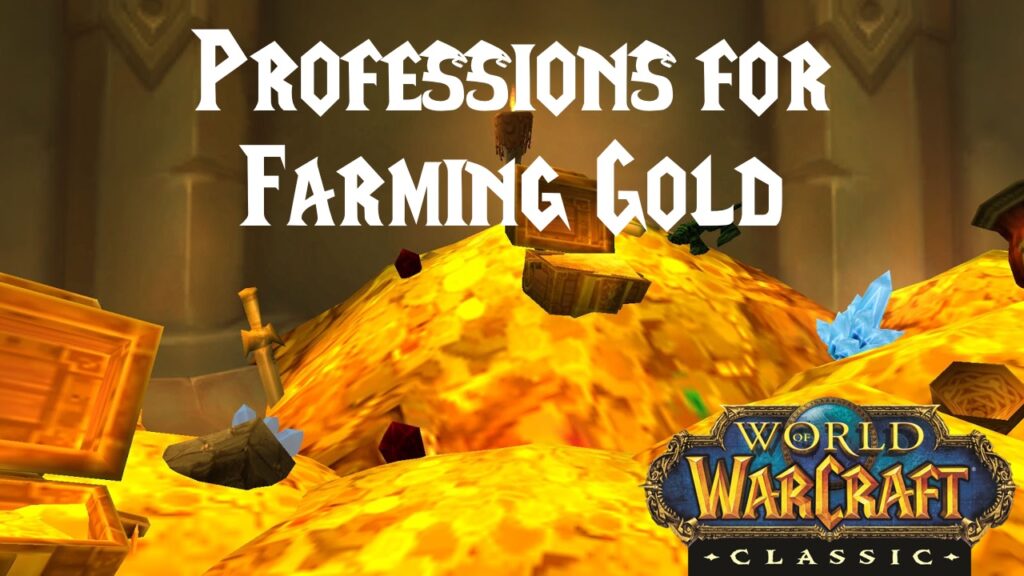 I’m going to tell you something which will upset your guildmates: stop giving away your professional cooldowns. If you want to use your professions for farming gold then start by not giving away guaranteed income. If you wouldn’t give someone gold if asked then don’t give up your cooldown for free.

Here are the best transmutes in order of profit:

Undeath to Water is a rare world drop and expensive. It was worth buying a while back, but not anymore. You’d need ~100 days to make up the cost, and while TBC Classic will probably take longer to arrive the price of Essence of Water will continue to fall.

Earth to Water requires you to be friendly with the Timbermaws. Working on your rep now isn’t worth your time unless it was already on your to-do list.

Water to Air is easy to get after doing a quest series in Scholomance. Every high-level alchemist should pick it up.

Arcanite transmutes might be better than Water to Air, you need to check prices and do some math. Here’s how it breaks down on my server:

In this case, Arcanite edges out Water to Air. But if I farmed my own Essence of Water that transmute would be worth twice as much as Arcanite per day.

Creating Refined Deeprock Salt is the most profitable cooldown in WoW Classic. Turn it into a Cured Rugged Hide yourself, even if you need to buy Rugged Hides. There is more profit in selling the completed product, and your customer base will be much larger.

If your leatherworker is also your main character just keep making this every three days, whatever the price drops to. The Deeprock Salt is so cheap you’ll always make a profit. Only stop if Rugged Hides match the value of Cured Rugged Hides.

For alts again it is worth doing so long as you’re happy with the final payout. I wouldn’t expect it to ever stop being profitable, but it could become not worth your time and effort to track the cooldown across several characters.

Mooncloth continues to be a profitable cooldown. That could change as WoW Classic winds down. You’ll need to keep an eye on Felcloth and Mooncloth prices.

Don’t buy too much Felcloth at one time. Its price has been trending down so you could end up paying more than you need to. Keep in mind you only need 16 Felcloth to get through a full month of Mooncloth crafting.

On my server selling the Mooncloth nets a 6-7 gold profit. Selling a Mooncloth Bag gets a 9.5 gold profit. You also have a larger customer base with the bag. That said, the bag has a higher auction house fee than the cloth. So if your bags aren’t selling quickly it may not be worth going that route.

If you reach your gold goals it is worth keeping Mooncloth and/or Mooncloth Bags around. There will be a new demand for the bags when TBC Classic is announced. The new 16-slot bags from Outland will eventually be cheaper, but at the start, Outland materials will be pricy. And many of the new Draenei and Blood Elf characters will want bags for leveling.

Alchemy Is Still King Among Professions for Farming Gold

Alchemy is still the most profitable profession in WoW Classic. On my server profit margins have dropped as herb prices have gone up. But if you have enough in-demand recipes you can find something to craft and sell for up to a 10% profit.

Check out these particular recipes, as they tend to be both fast sellers and have better profit margins.

Don’t stockpile too many herbs or pots. Herb prices may eventually go down, and demand for consumables will drop as more players finish with Naxxramas or get it on farm status.

The best time to sell is during popular raid times: Tuesday/Thursday/Friday evenings and during the weekend.

Newer characters with basic alchemy recipes will have a harder time farming gold. At this point, the rarer recipes aren’t worth buying into, especially if you have limited gold available.

If you feel the need to reroll professions for gold farming then go with a gathering profession. All it takes is time, not gold, to level up.

Herbalism beats mining, especially in the later stages of WoW Classic. You can only have the radar for one or the other up at any time. Herbalism has more options for farming gold, while mining is mostly dependent on getting a lucky Arcane Crystal or Blue Sapphire. Herb prices will also outlast mining prices through the end of Naxxramas and into the start of TBC.

If you want a second gathering profession then go with Skinning. There is no radar conflict, it goes well with leveling up a new character, and gives instant (if low) income from selling most of the leather to a vendor.

Keep any Heavy Hides and save them for later. You can sell them now for more silver than most other leather types. But they will be in higher demand after TBC Classic is announced. They are needed for leveling up leatherworking, a profession many raiders will switch to for TBC. Be sure to sell through your stockpile before TBC releases. The market will likely be flooded by then.

Rugged Hides will be in demand so long as Naxxramas raiding continues and leatherworkers keep making Cured Rugged Hide. This is an active farm you can do with a higher level skinner. You need to skin level 47+ beasts for a chance at a hide.

Fishing – A Profession Everyone Can Use for Farming Gold

Everyone can and should learn fishing. There are easy farms available in WoW Classic, and it’ll be a bigger deal in TBC.

Raw Nightfin Snapper – Cooks into Nightfin Soup. Can be sold raw or cook the soup if you find that sells better. The profit margins are about the same.

Winter Squid – Only go for this if you can learn to cook Grilled Squid. The raw version isn’t worth much, so you’ll need to cook it before you sell it. Winter Squid will disappear in late March/early April. It probably won’t be worth stockpiling any, as Naxx raiding will have died down and TBC dates likely announced (if not soon) by then.

Oily Blackmouth – You’re better off selling this as is, even if you have an alchemist available to turn it into Blackmouth Oil. Don’t worry if sales drop off, this will be in demand for TBC, too.

Stonescale Eel – Good sales on its own, but if you have an alchemist you can make more selling Stonescale Oil.

Open fishing is standing in one place and fishing. You’ll catch a mix of fish, depending on where you are and the time of day. This is best for relaxing and watching videos while farming some gold.

Fishing pools spawn at various points and contain only the specific fish mentioned (or a rare chest of items). Chasing pools can make you more gold per hour, but you’ll be active most of the time doing so.

Some of the pools are away from the beach, requiring a swim. An Azure Silk Belt would not be a bad investment.

Each pool is good for 2-4 attempts. Assuming no “fish got away” (which can happen at 420 skill) you’ll get an Elemental Water each catch and a small chance at a Globe of Water and/or Essence of Water.

Elemental Water and Essence of Water both sell well and will do so as long as enough players are running Naxxramas. Globe of Water is mostly useless, sell them to a vendor.

Blacksmiths with rare recipes are not in demand anymore. Maybe you’ll get a request once in a while, but it isn’t dependable revenue.

Enchanting has the problem of not being able to sell at the auction house. You have to spend time advertising your service in a city. If you are your guild’s primary enchanter and have many of the in-demand raid recipes there is room to make some gold. But most other guilds have their own enchanter, so you may not see much business while hawking your services.

This is not to say you can’t possibly make gold with these professions. But it is hard and depends on having the right recipe with the right demand at the time. Unless you want to learn and monitor the market I suggest you move along to something with better gold per hour potential.