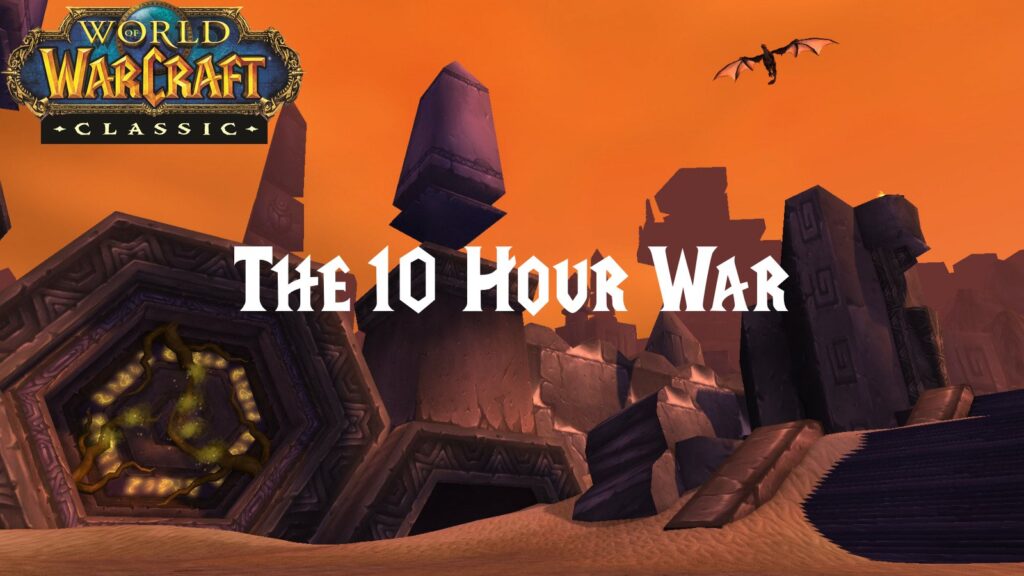 The 10 Hour War is a special world event tied to the opening of the Gates of Ahn’Qiraj. Anyone who finds themselves in Silithus at the time of the event on their server can take part. There will also be events happening elsewhere in Kalimdor.

When Will the 10 Hour War Begin?

The larger WoW Classic servers should expect it to begin soon after 12:30 PM ET on Tuesday, August 4, 2020. Assuming Blizzard doesn’t change the requirements of the Ahn’Qiraj War Effort.

The event begins after the first turn in of Bang a Gong on your server. The final quest in the legendary Scarab Lord quest chain.

When exactly this will happen will vary by server. But the higher populated servers have been preparing for this event. They have war effort supplies ready to turn in. So the only thing holding them back is the need to run Blackwing Lair during two different resets. The early afternoon of August 4 allows for a very fast Nefarian kill. Followed by a direct summons to Silithus.

Should Blizzard change the turn-ins for the Ahn’Qiraj War Effort then everything is up in the air. That part must be completed, along with the Scarab Lord quest chain. Once all turn-ins are received it takes 5 days for the gong to be ready.

When the first gong rung (and only the first rung) happens a message will go out to everyone in Silithus. The 10 Hour War has begun.

The Gates of Ahn’Qiraj Open

Upon the banging of the gong, the Gates of Ahn’Qiraj will open. But players won’t be able to stream into the Ahn’Qiraj raids just yet. Waves of elites Silithid and Anubisath will come flooding out. They will engage both the NPC armies gathered nearby. As well as any players that get in the way.

There will be many waves of elites. Each ending with a boss to defeat. Waves will continue and the bosses will get more difficult. Until finally you face General Rajaxx (a boss in AQ20) as the boss of the final wave.

Only after General Rajaxx and his army are defeated can players easily get through the gates.

Elsewhere in Silithus, gigantic Silithid colossi will appear at the three hives. Each requires a full raid group to kill. They can be zerged to death by players dying, running back, and rezzing. 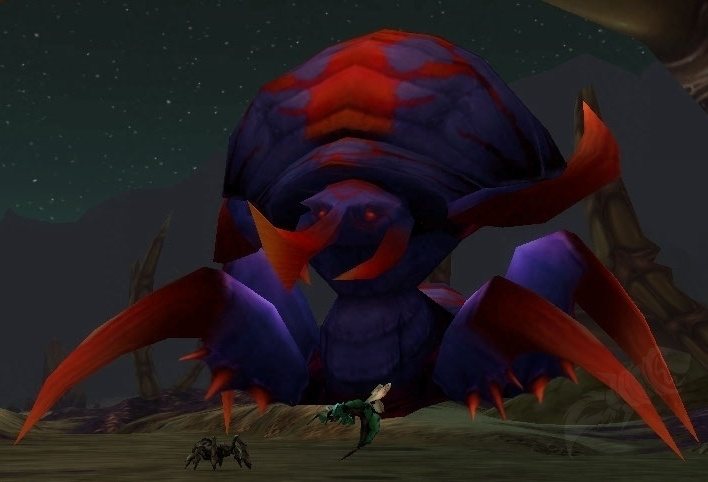 Colossus of Ashi, courtesy of Wowhead.com

The colossi have large health pools. But they don’t regenerate health upon loss of aggro. This allows for a zerg approach, if necessary. Among their special attacks is a knockback. As in knock you halfway across the zone. Plus 3,000+ damage just in case you survive the landing.

Each has a good chance to drop blue or epic items. All world drops, nothing unique to these bosses.

Upon their death, a quest NPC spawns in Cenarion Hold. One per colossus. These offer a quest to anyone in the zone to turn in a bug part to Booty Bar, Searing Gorge, or Light’s Hope Chapel. The provided bug part only lasts for two hours. The quests reward various reps and a supply bag. Usually containing potions and a green item.

The colossi will continue to respawn for the duration of the 10 Hour War.

If Silithus is too full or laggy you can still find event content. Giant obelisks will appear in other Kalimdor zones:

Around the obelisks, you’ll find elite Silithid and Anubisath mobs. The levels are zone appropriate. The obelisks can also mind control nearby players.

The obelisks will remain for the duration of the 10 Hour War.

What About 10 Hour War Rewards?

There is no significant loot or rewards from this event.

No unique loot is found on any of the mobs, from elite to a boss. World drop blues and epics will probably be had by some lucky taggers. But nothing connected to the event.

The three colossi at the Silithus hives each offer a unique quest. The rep is probably more valuable than what you’ll find in the awarded loot bag. And nothing anyone should stress over if they miss the event or a colossus kill.

The event was and will be, about the experience. An outpouring army coming from behind the gates of AQ to conquer Kalimdor. And we’re there to stop it.

According to Blizzard, AQ20 and AQ40 will be available after the 10-hour war.

So they will open on your server 10 hours after the first banging of the gong. For the fastest progressing servers that’s Tuesday, August 4 around 10:30 PM ET.