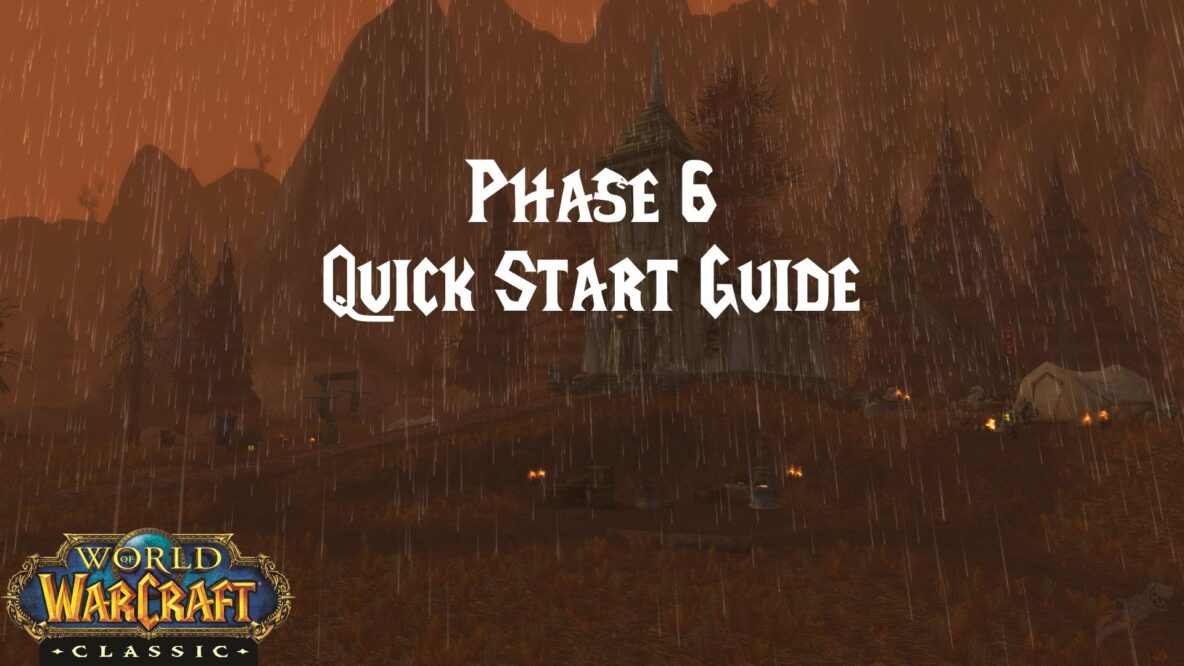 Part of Phase 6 arrives on Tuesday, December 1, 2020, after the server reset. The more anticipated content doesn’t start until December 3. While Naxxramas deservedly gets most of the attention, there is other content outside of the new raid. Some of which are time-sensitive. This Phase 6 quick start guide will help you know what all is happening. And what you may want to focus on before your first raid into Naxx.

Update: December 1 has come and gone with no new content loading in WoW Classic (at least on my server). At this point, I expect all Phase 6 content will drop at once at 2:00pm PT on December 3, which is the listed start time for the Scourge Invasion and Naxxramas. 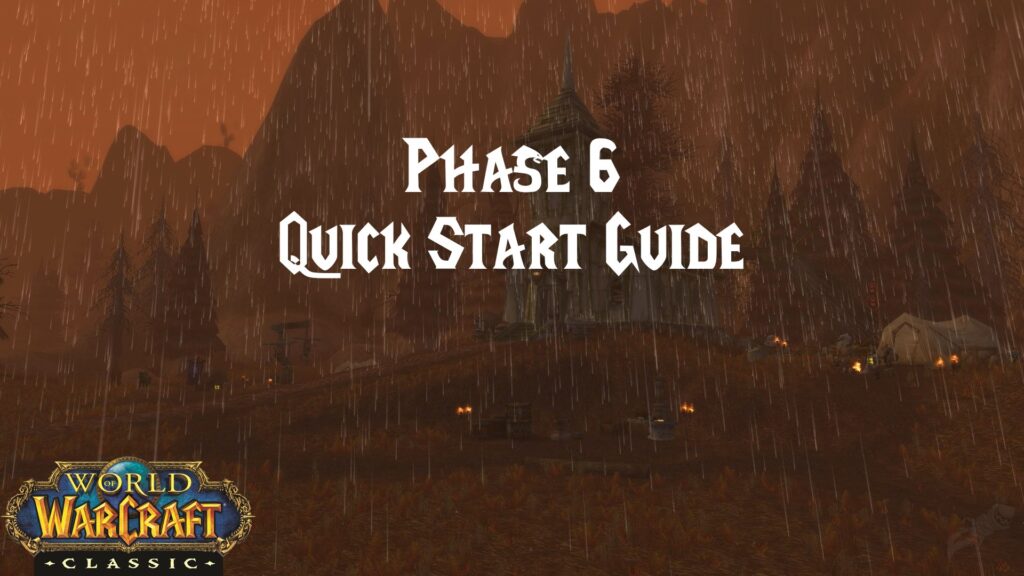 After the server reset on Tuesday, December 1 you can start working on getting new skill books, repeatable quests at Light’s Hope Chapel, or get back into world PvP.

There are new class skill books available for several classes. Their value varies but certainly something to put on your to-do list. All books are tradable, so expect them to show up at the auction house. If you aren’t in a hurry the price will come down over time.

New PvP objectives offer a return to world PvP and zone-wide rewards for your faction. 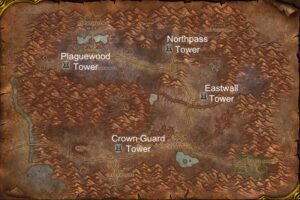 In Eastern Plaguelands the Alliance and Horde fight over control of four towers, each offering a bonus. Also, the more towers you hold the more bonus damage your faction gets against the undead in the zone. This buff does not affect Naxxramas. Though the Northpass Tower does offer a 5% hit for a 30-minute buff you can carry into Naxx. 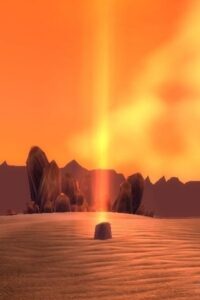 Meanwhile, in Silithus each side is collecting silithyst to earn a zone-wide buff which increases Cenarion Circle rep gains from killing mobs by 25%. The buff is also applied in AQ20, offering a great opportunity to catch up on your CC rep.

World PvP will also award honor, which goes toward your weekly PvP ranking. For most servers, battlegrounds will remain a better source of honor per hour.

When you next visit Light’s Hope Chapel you’ll find dozens of new quests. Most are part of the Armaments of Battle rewards. The rewards are mostly lackluster for raid mains. But the quests award Argent Dawn reputation, giving you a new source for getting your rep up for Naxx attunement.

Naxx raiders will want to focus on getting 10 Insignia of the Crusade to exchange for an Ice Guard. A permanent item enchantment which adds 10 frost resistance to a head or leg piece. You’ll want one for your new frost resistance legs. You may want a second Ice Guard for your Tier 2 or other frost resistance headpiece.

Complete any of these quests for one Insignia of the Crusade. All quests are repeatable.

Armor, Weapons, and the Bag

The armor and weapons available for insignias are of poor quality for characters with any level of raid gear. Especially given the time involved to earn insignias. Even the 18-slot bag isn’t worth the time compared to farming gold for a Bottomless Bag.

A newer character may want some items but again consider the time investment. Running ZG and AQ20 for upgrades will probably yield more gear in less time.

See the Armaments of Battle Guide for more details. 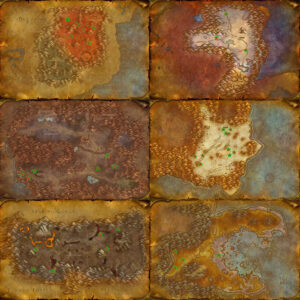 Blizzard has extended the duration of the Scourge Invasion. Without this change, it would have ended within days on some servers. Now it’ll likely last two weeks or more. But it is still a limited-time event with unique rewards, so don’t delay joining in.

If you have yet to hit honored with Argent Dawn, this is your chance to get caught up. All the mobs associated with this event will grant rep up until honored. The minimum required to get attuned to Naxx.

If you’re already honored or revered, there isn’t a lot of rep gaining opportunities. It doesn’t outperform running Scholomance or Stratholme.

Consecrated Sharpening Stone – Increases attack power (melee and range) against undead by 100 for 1 hour. Coveted by min/maxing DPS. They are BiS for Naxx, except for windfury on the main hand weapon.

Undead Cleansing & Slaying Armor Sets – Offers increased damage against undead. DPS casters may do well with some or all pieces, depending on your current gear and ability to keep spell hit cap. Check your local theory crafter. For everyone else, you give up too many stats for raw attack power. Newer characters may get a nice boost out of them for Naxx, but they are no substitute for gearing up properly.

Leveling Gear – New bosses are available in various undead related dungeons. Each offers new items that may be of interest to toons still leveling up.

Cosmetic Items – There is a unique tabard and emoting food and drinks available.

Naxxramas opens at the same time for all servers and is not attached to the Scourge Invasion event. Like the previous 40-man raid instances, it will reset on Tuesdays during server reset.

Remember attunement cost depends on your Argent Dawn rep. If you are close to the next level the Scourge Invasion and Armaments of Battle events may help you get the last bit you need. The attunement quest requirements do not change if you already have it in your quest log. If you change reputation levels then abandon the quest and pick up the cheaper one.

Your Naxx prep involved a lot of stuff, from trade goods to consumables. Here are a few tips for dealing with everything and managing your bag space.
Pre-load your consumables and resistance gear into your bags ahead of your first raid. Make sure you have enough available space. Consider what unused items you could swap into your bank if needed.
Mail your frost resistance and Tier 3 materials to an alt. Organize them on the alt, so you don’t have to take out a full-stack to make one item. Then mail it all back (organized) to your raid mail and let them sit in your mailbox.

Guild officers should consider setting up a bank alt at Light’s Hope Chapel. It can be a level 1 with some cheap bags and a bit of gold for mail. Summon it to the inn before your first raid.

I did something similar for my guild with AQ40 at Cenarion Hold, and it was a big success. That toon carries all our idols and scarabs from AQ20 and AQ40. When the raid was over, the loot master would trade over idols and scarabs collected to the alt. Members would then whisper to the alt what idols and scarabs they needed for gear turn-ins. As it was in Cenarion Hold, our members were close enough to go back into AQ40 for their Tier 2.5 pieces the same night. It also saved bag space on our primary guild bank toon.

For Naxx I’ll be doing the same to hold Frozen Runes and wartorn materials. The location is ideal for Tier 3 armor turn-ins.

With some gold, the bank alt can also mail out items requested after the raid.