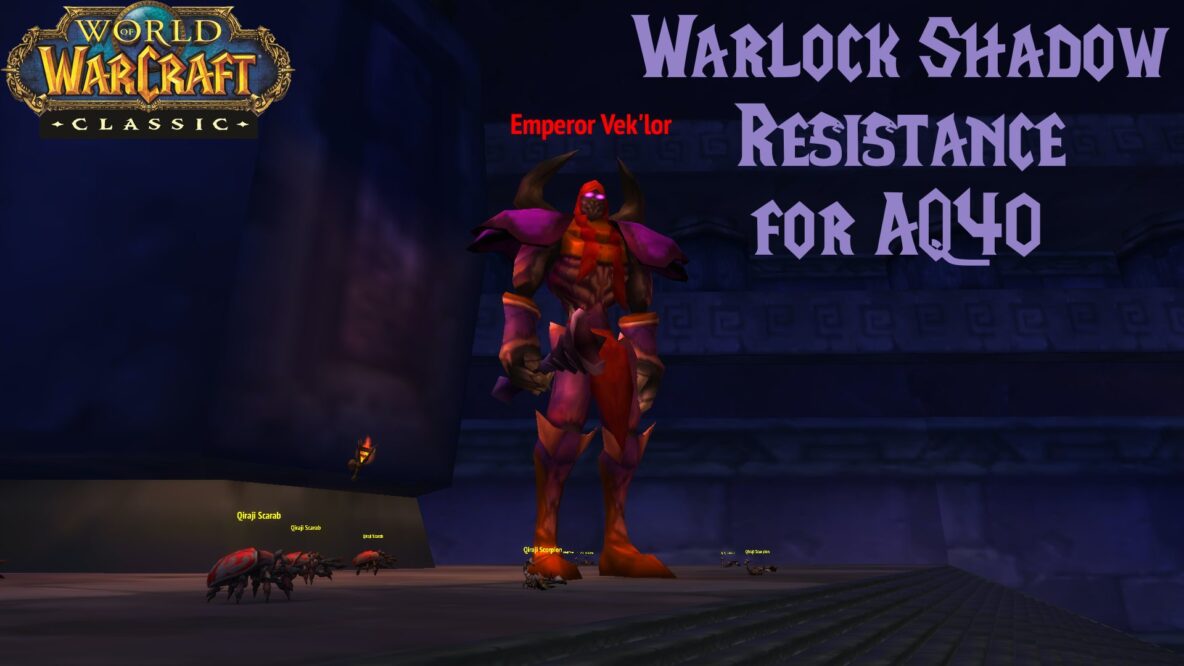 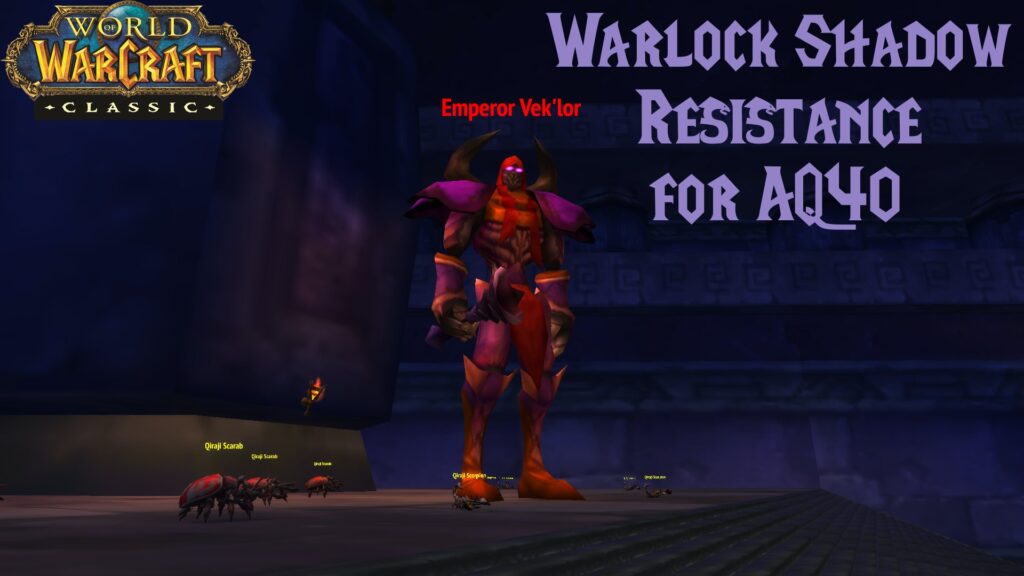 Unlike nature resistance gear for AQ40, which many in the raid need to gather, shadow resistance is only needed by a few. Possible only two warlocks per raid team. Warlocks with a lot of shadow resistance are commonly used for the Twin Emperors fight in AQ40. Vek’lor is immune to all physical attacks. This led to the strategy of using a shadow resistant warlock as the tank. With the proper talent build a warlock can generate more shadow resistance than any caster class. They also tend to have high health and can generate threat. Two warlocks are used, as the bosses teleport locations and need to be picked up immediately.

There is also a strategy for using two warriors (shouts on Vek’lor). But that also depends on heavy melee DPS being available. Having geared up warlocks gives more options for varied raid compositions.

That’s almost halfway to the 315 resistance cap before we even look at shadow resistance gear.

This set of gear, combined with the MD/Ruin talent build and buffs, will get a warlock to 315 shadow resistance. It can be put together on the cheap with dungeon runs. It also keeps the Nemesis 3-piece bonus intact for better threat.

This set does not take spell hit gear into account. Some believe spell hit is an important part of a warlock tank’s setup. As a miss could cause a loss of aggro, and thus a wipe. You may wish to balance spell hit vs meeting shadow resistance cap.

Likewise, health is very important for the warlock tank. More health gives the healers more room to work. Again if you don’t seem to have enough health you’ll want to balance that against shadow resistance cap. 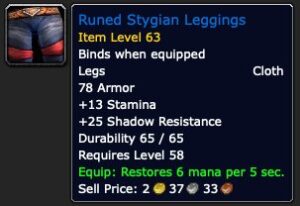 Runed Stygian gear is pricey to craft. But doing Scholo runs to collect Dark Runes will greatly reduce the cost. Get your guild to help and ask for the runes to be reserved for you as a raid tank.

Losing the MD/Ruin talent build costs 60 shadow resistance. That has to be made up for with more expensive gear. If an engineer this can be managed without a heavy cost.

Your own set may vary, which is fine. The goal is to reach 230 SR with gear and enchants. But spell hit, damage (for threat), and health are also important. Resistance cap doesn’t work if the boss gets off of the tanking warlock. Or the tanking warlock dies.

A warlock engineer could use two trinkets, two rings, and a neck and keep their Nemesis 3-piece bonus.