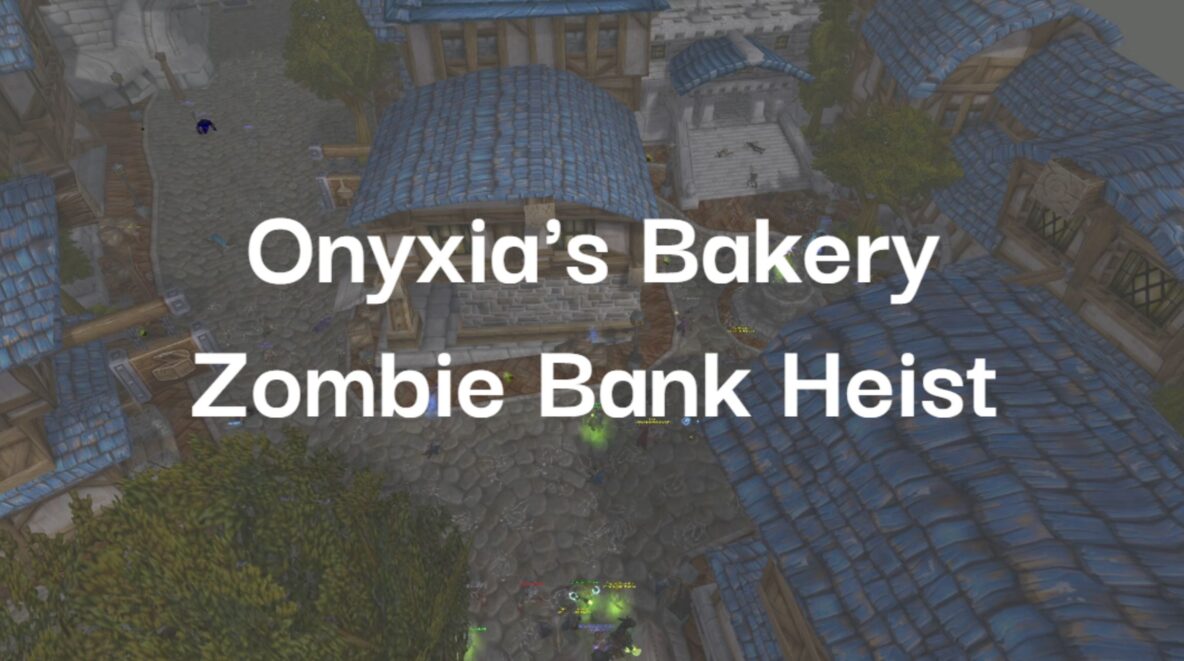 Put your crew together, we’re doing a bank heist! It should be an easy job, except for one little problem… zombies. I organized an event for my guild during the zombie infestation event of the WotLK Classic pre-patch. Heist crews came together to race (and sometimes bite) each other to steal an item from the bank and get it to me first. For the winning crews up to 3000 gold in prize money was waiting. Here I’ll go over all the details of my Zombie Bank Heist event, including a video of the event. 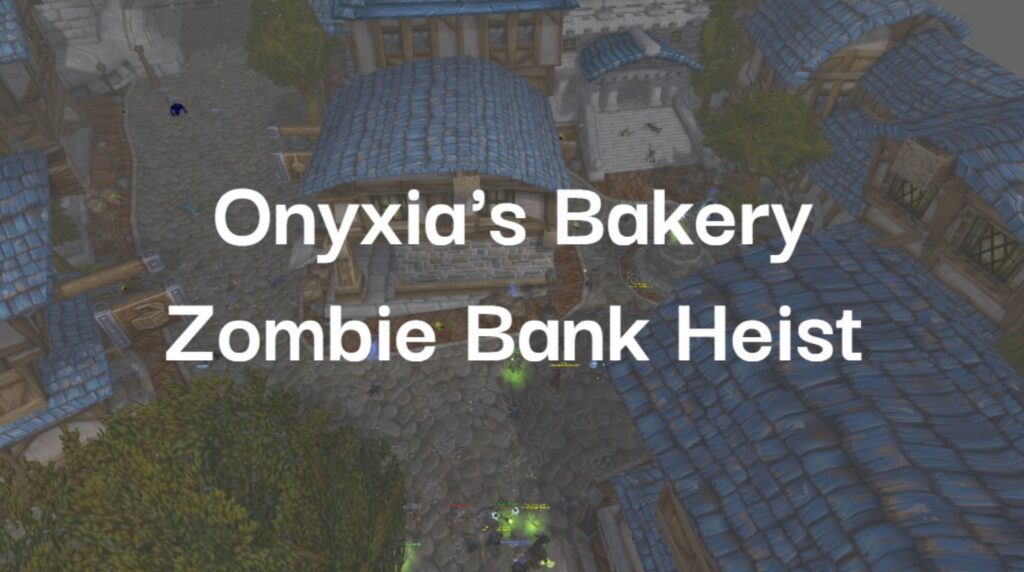 We gathered up in Shattrath on flying mounts to avoid the zombie horde below. The event was scheduled to take place during the height of the zombie infestation event.

Crews took the portal to Stormwind and made their way to the bank. There they needed to pick out a specific item from the guild bank, a Stormy Azure Moonstone. Little did they know there was an entire tab filled with cut Azure Moonstones, and only a handful were the correct type.

From the bank, they needed to make it out of the front gates and trade the correct gem to me. The first crew to do so would win the round.

Guild members had to form heist crews. They could have as many as five players, but the prize money each round was to be split evenly among the winning crew. So the smaller your crew the bigger your cut. Once a crew won they could continue to participate in runs, but they couldn’t win the prize again. What shall they do to amuse themselves in a world where you can quickly become a zombie and attack your friends?

Mounts, stealth, and hearthstones (and anything very much like those abilities) weren’t allowed. Players could use both class abilities, such as sprint or shape-shifting.

Only one crew member could take the needed item from the bank, and half the crew needed to be alive and present at the time of the trade to secure a win.

Once a crew won a round they were welcome to keep running, but they couldn’t claim the prize again. This encouraged them to find other means to amuse themselves, often at the expense of the remaining crews.