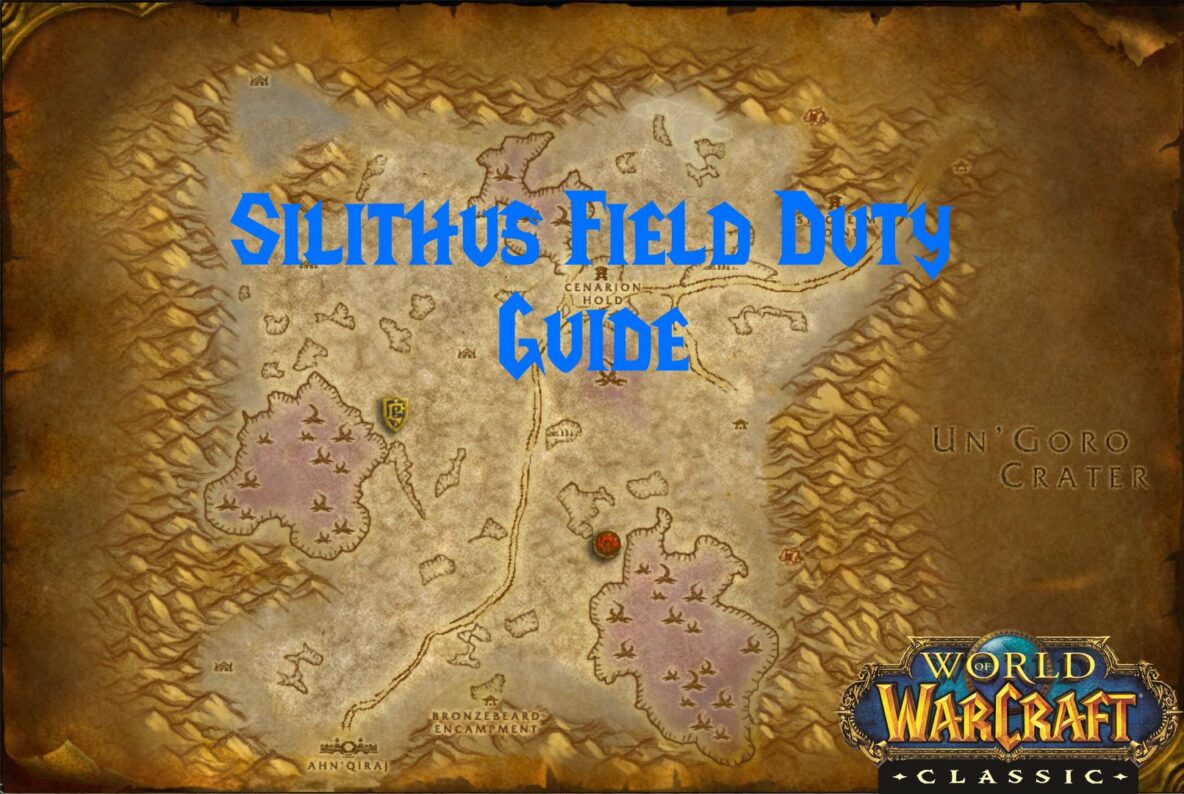 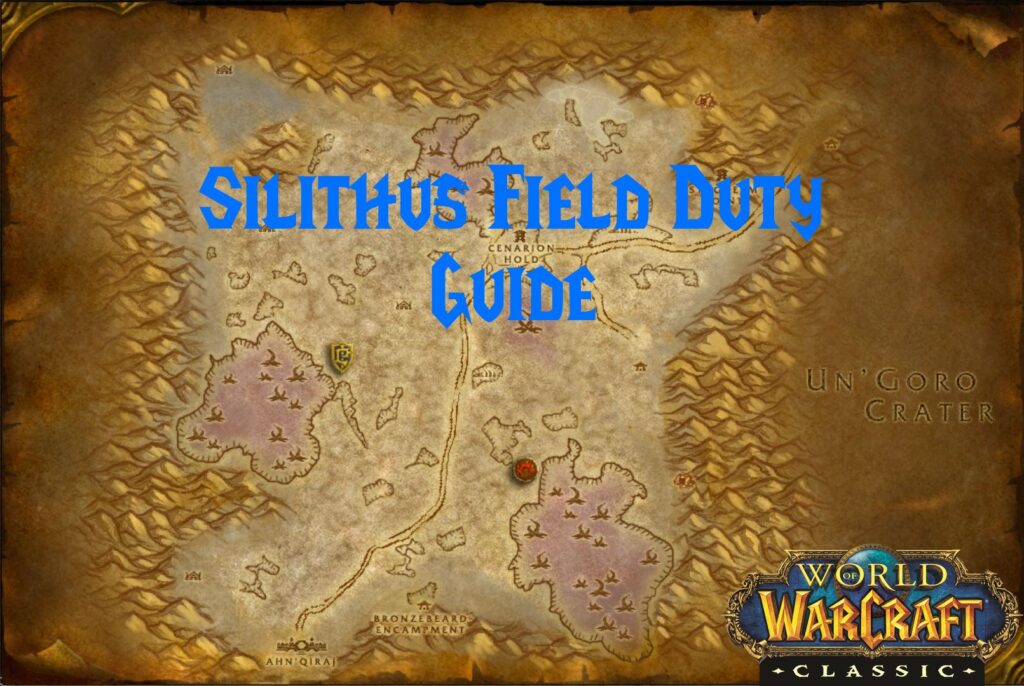 Silithus Field Duty are repeatable quests to earn badges, which you turn in for gear or rep. In vanilla WoW they were a predecessor to the modern daily quest. It is part of the Gates of Ahn’Qiraj content in Phase 5. Though they won’t be available until after the Gates of Ahn’Qiraj have been opened on your server.

You can turn in badges for gear at several reputation levels. But it is the revered or exalted levels that interest most players.

Among the revered rewards are Rockfury Bracers. Considered BiS for mages and warlocks through Phase 6 (better than Naxx gear, not counting set bonus).

And for the exalted rewards, Earthstrike is the most sought after item. A strong on use attack power trinket, used by melee DPS and hunters. On par or better than Jom Gabbar for some classes.

While these rewards are outside of the Ahn’Qiraj raids they often require a small group. You’ll need to occasionally team up with a partner or small group to complete tasks. Luckily you won’t be the only one working toward these prizes.

Stalwart’s Battlegear is the awarding quest at the revered level of Cenarion Circle reputation and the Field Duty badges. Champion’s Battlegear is the exalted reward quest. They both need Cenarion rep and badges to complete. Though their exact requirements are a bit different.

The badges come from various (and randomly assigned) quests you receive from the Field Duty quest givers in Silithus (more info below). Cenarion Circle rep has been in the game since launch. And was farmable (though painfully) in Phase 4 via the cultists and elementals in Silithus. Luckily in Phase 5 reputation is much easier to come by.

After the Gates of Ahn’Qiraj have been opened you can start collecting Field Duty quests. 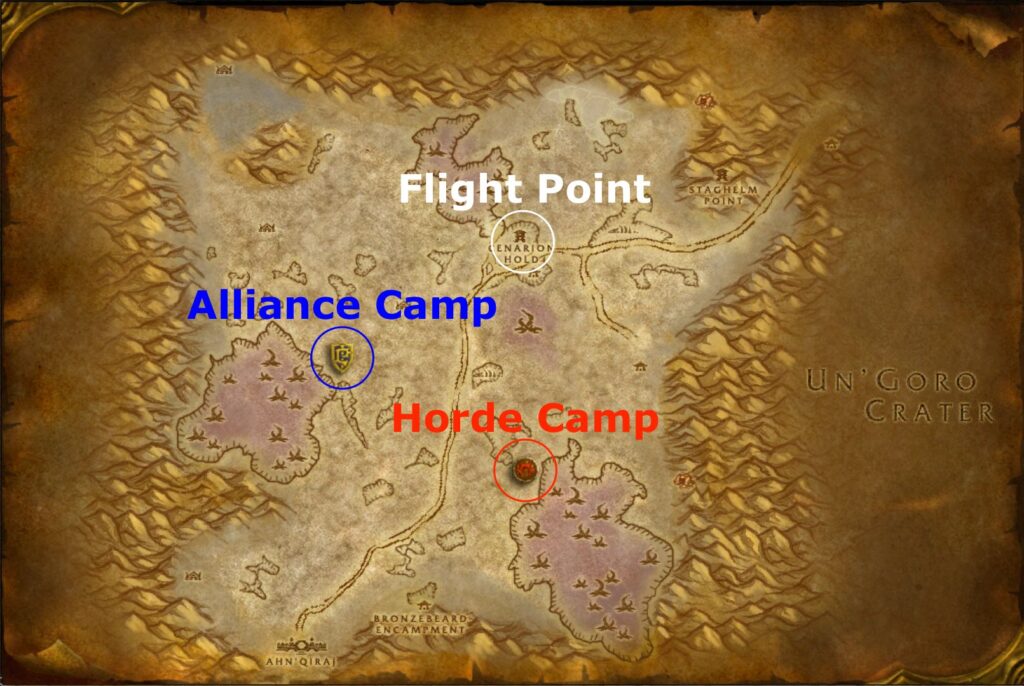 You will need to repeat Field Duty each time you want a new assignment. You can have as many unique assignments as you have quest log and bag space for. You can save duplicates by keeping them in their container.

Mark of Remulos and Cenarius

The revered and exalted rewards each reward a special and different mark. These are rewarded from specific Field Duty assignments in Silithus. You’ll need to farm for the needed quest.

If you did the Phase 4 grind and got your Cenarion Circle rep up to the needed level then congratulations. You put in a lot more effort than I did (I only got to be honored before Phase 5).

For the rest of us, you’ll be happy to hear Phase 5 brought new and improved means for gaining Cenarion Circle rep.