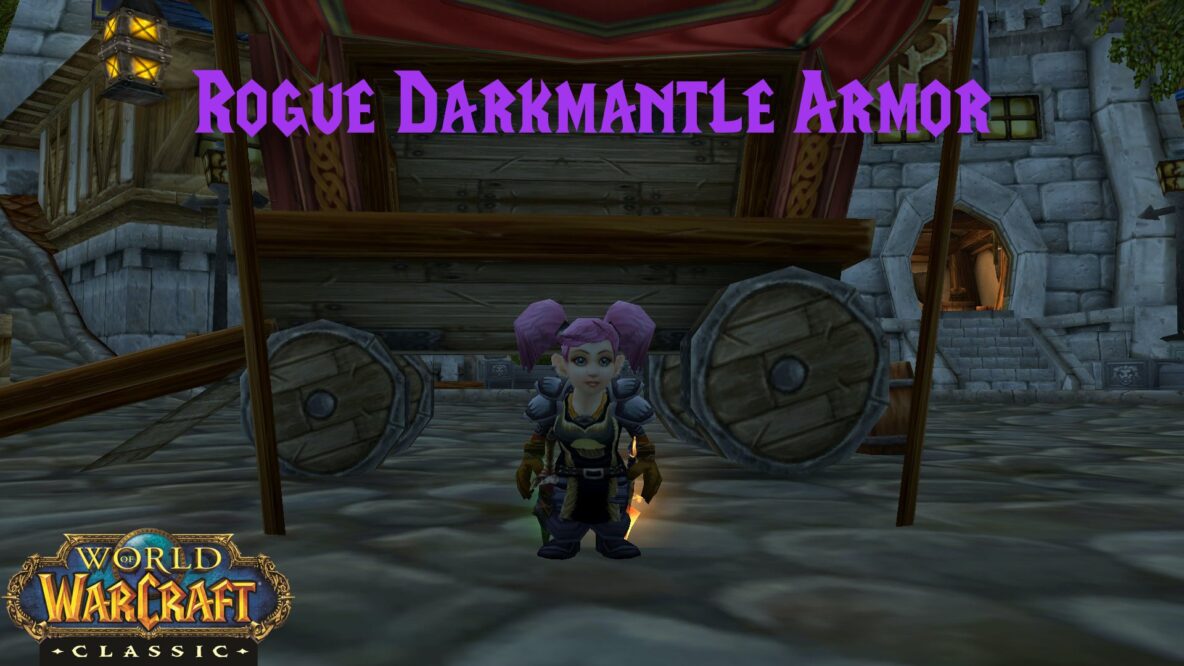 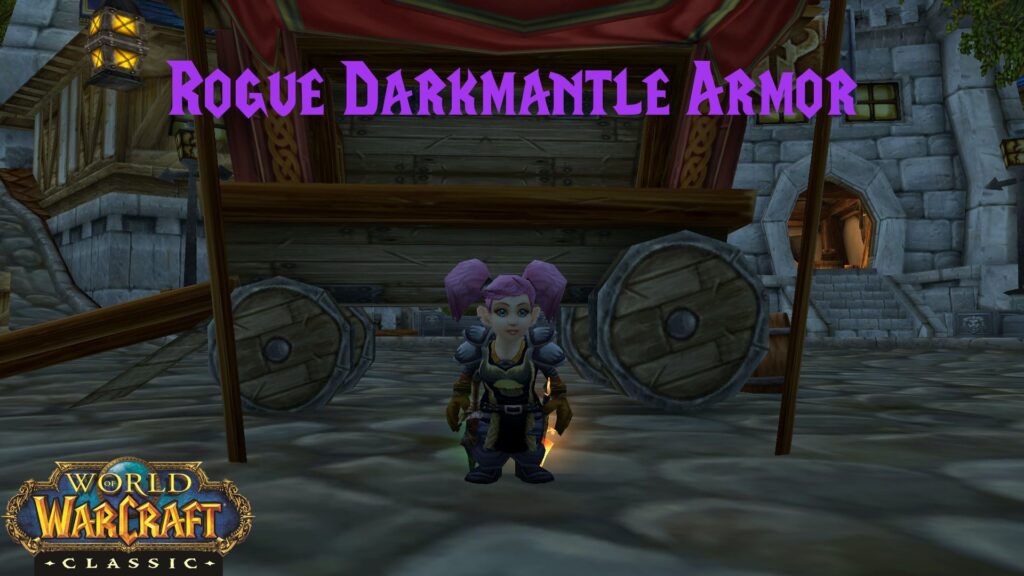 Bitt in full Shadowcraft before Phase 5

Phase 5 introduces Dungeon Set 2 (aka Tier 0.5). Direct upgrades to the original dungeon class armor sets. Here we go over the rogue Darkmantle Armor set. Most of these sets don’t compete with current raid gear in terms of stats. So most classes will ignore them, or only go after them for fun. But the Darkmantle set has a powerful 4-piece set bonus which makes it viable for raids.

Why Is Darkmantle Good for Raiding?

Rogue’s Darkmantle armor offers a powerful 4-piece set bonus: Chance on melee attack to restore 35 energy. Sinister Strike and Backstab are huge chunks of our DPS. Lack of energy is the only thing keeping us from increasing that DPS. So any increase in energy means more DPS.

The original Shadowcraft set has the same bonus in the 6-piece slot. The bonus alone made it competitive with pre-raid BiS (Best in Slot) items. Darkmantle moving the bonus from 6-piece to 4-piece is what makes it viable for early Phase 5 raiding. You can mix and match different pieces around your personal best raid pieces. Ideally, you’d use the four epic Darkmantle pieces for the best stats.

How Good Is Rogue Darkmantle Armor?

Several top rogues in WoW Classic consider Darkmantle an upgrade over Phase 4 BiS. But this is theory crafting based on sims. Most of this testing is also done assuming BiS gear and highly optimal raid setups. Full consumables raid-wide, all world buffs, and ideal party members. The type of thing you’d see in a hardcore guild focusing on maximizing DPS. Not the conditions many of us other raiders play under. These guilds down Blackwing Lair bosses in ~90 seconds. I don’t know about you, but my guild takes 2-4 minutes. These rogues know their stuff, and their information is useful. But for those of us who play under less optimized conditions, the result is not always the same.

Here is a good guide on Darkmantle and how it compares to Phase 4 BiS from Sno, a top-performing rogue. His testing shows an increase in DPS with Darkmantle across the board:

But again these are under more optimal conditions than many of us experience. Go through his testing conditions and see if they match your own raid experience. So I ran my own numbers:

So for me personally it is a small DPS increase, assuming good proc rates. For a sword rogue without the ZG shoulders and trinket, it isn’t worthwhile. But if they do have those pieces from ZG it plus Darkmantle would be a significant upgrade. Keep in mind the ZG trinket takes you 6-8 weeks to get.

Finally, there’s the question about the proc rate. Testing has been done on the PTR, and the rate appears the same as Shadowcraft. Which is a 3% chance every time you hit something (auto-attack or special attack). Meaning the simulation spreadsheets should be accurate.

But the other concern is a rogue’s time on the boss in AQ40. Some fights involve significant movement. With melee engaging and then disengaging. Battleguard Sartura, Viscidus, Twin Emperors, and C’thun have a lot of time off the boss. The Darkmantle bonus works best when you can stand your ground and keep attacking. Fights with lots of movement could easily see Darkmantle as a DPS loss, as you have lower stats, less health, and too few procs to make up the difference.

Having the full Darkmantle set provides you with more gearing options. As well as things to do in-game.

As you get new Phase 5 gear you could find swapping in Darkmantle pieces is more worthwhile. This is mostly for rogues who want to keep up with their min/maxing before achieving Phase 5 BiS. You can swap in different Darkmantle pieces for different gear combinations. Got your Tier 2.5 shoulders, breaking up your ZG set? Try Darkmantle in some slots. You’ll want to use a rogue DPS spreadsheet to try different combinations as you get new gear. You can find such spreadsheets on the WoW Classic Rogue Discord.

Getting Darkmantle takes you down a fun questline. You’ll run around the world. Enter old dungeons, but summon all-new bosses. It provides a challenge and something to work on while we wait for the Gates of Ahn’Qiraj to open.

Once done with the quests you’ll not only have your new armor. You’ll also have the means to summon new bosses, with new loot, in old dungeons. Making you more in demand for dungeon groups.

All the above may be moot if getting the Darkmantle armor is going to be outside your time, resources, or interest.