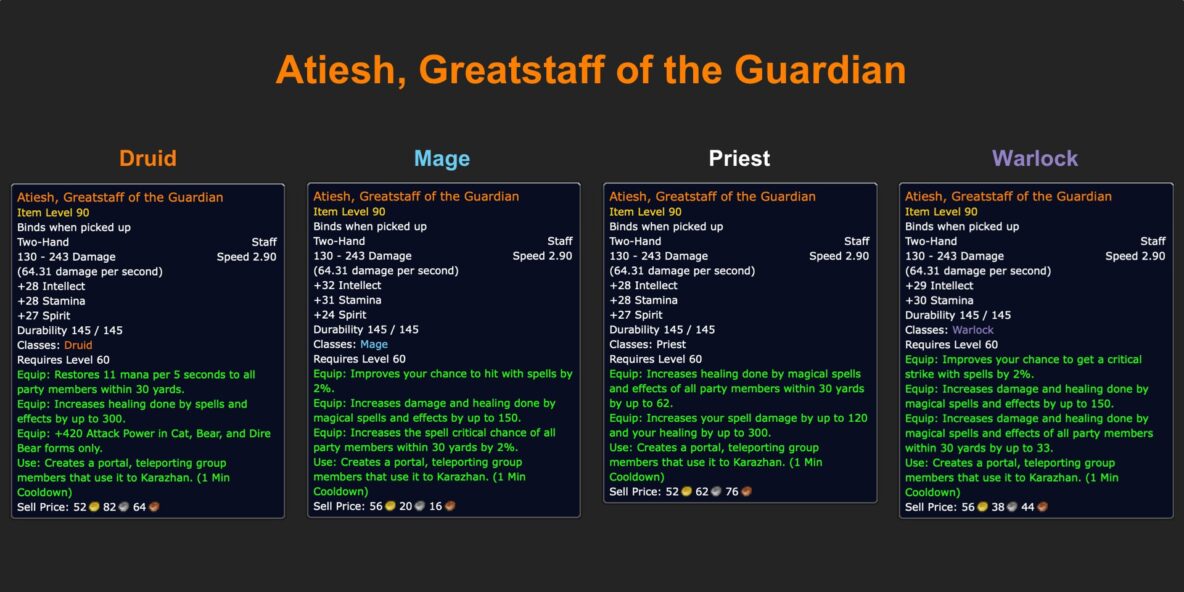 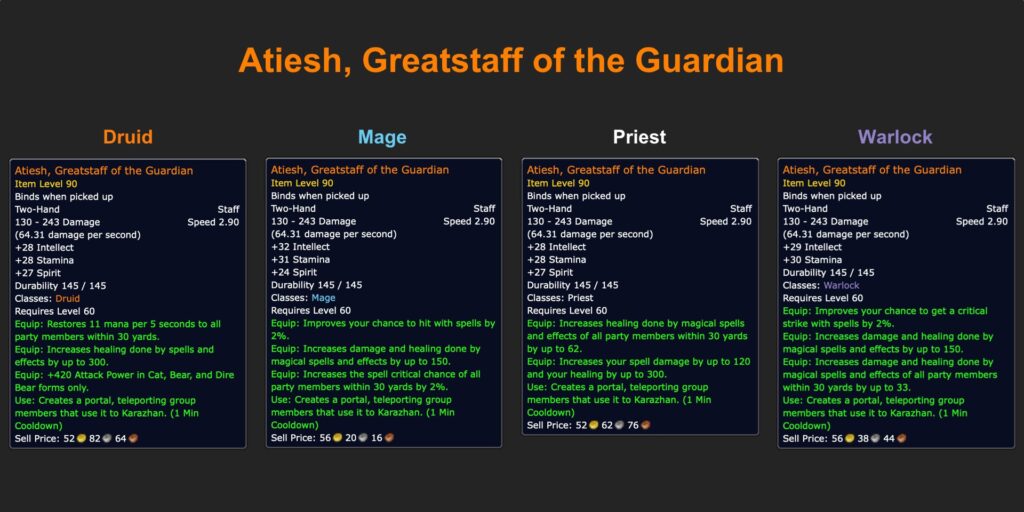 Atiesh, Greatstaff of the Guardian, is a legendary caster staff tied to Naxxramas. There are four variations available, one for each of the caster classes: druid, mage, priest, and warlock. Compared to Thunderfury and Sulfuras the staff is easier and much cheaper to get. Though as with all legendaries relatively few will be available. This guide goes over assembling Atiesh, Greatstaff of the Guardian.

In-game there are four versions of the staff, each for a specific caster class.

Expect most guilds to favor giving it to a mage or warlock. Those versions offer benefits to party members, as well as the wielder.

All versions offer Intellect and Stamina. All but the warlock version also offers Spirit. And all can create a portal for your party to Karazhan. Making the staff worthy of a bag slot through much of TBC.

Assembling Atiesh will mostly involve running Naxx over and over. With a later run into AQ40, then Stratholme. Your guild’s biggest issue will be deciding who gets the first one.

First, you’ll need to collect 40 Splinter of Atiesh. They can drop from any boss in Naxxramas and are BoP, so you need to know who is getting the first shot at the staff before you enter Naxx. Once you have collected 40 splinters you can combine them to create the Frame of Atiesh. That item kicks off the actual quest chain.

Next, visit Anachronos in Tanaris (dragon you got your AQ40 ring from). He will ask you to bring him the Base of Atiesh and the Staff Head of Atiesh. The Base drops from C’Thun in AQ40. The Staff Head drops from Kel’thuzad, the final boss in Naxx. 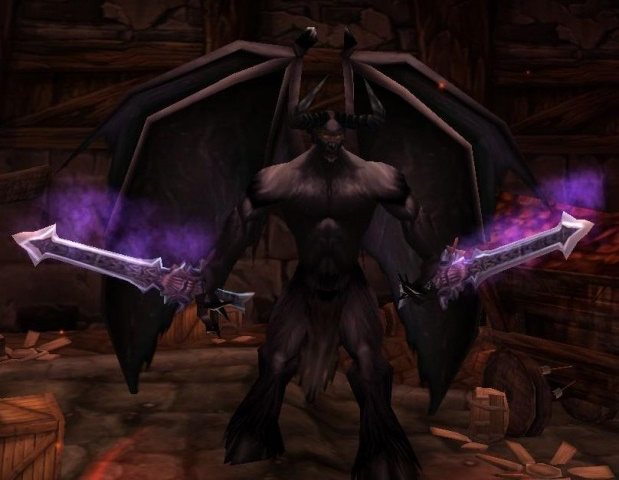 After completing those feats you will receive Atiesh, Greatstaff of the Guardian, but not a usable version. You must then venture into Stratholme, clear out Festival Lane (located between the two sides of the dungeon), and then summon and kill the demon Atiesh. This will require a well-geared party, but nothing regular Naxx raiders can’t handle. Once Atiesh is dead you can cleanse the staff, then receive a usable version for your class.

Unlike Thunderfury and Sulfuras, Atiesh will only be available through WoW Classic and TBC Classic. Should WotLK Classic become a thing Naxx will be moved and changed. Among those changes is the removal of Splinters of Atiesh from the boss’ loot tables. Making it impossible to get Atiesh.

Retail WoW is like this. Both Thunderfury and Sulfuras are still available. But Atiesh was a limited-time legendary.