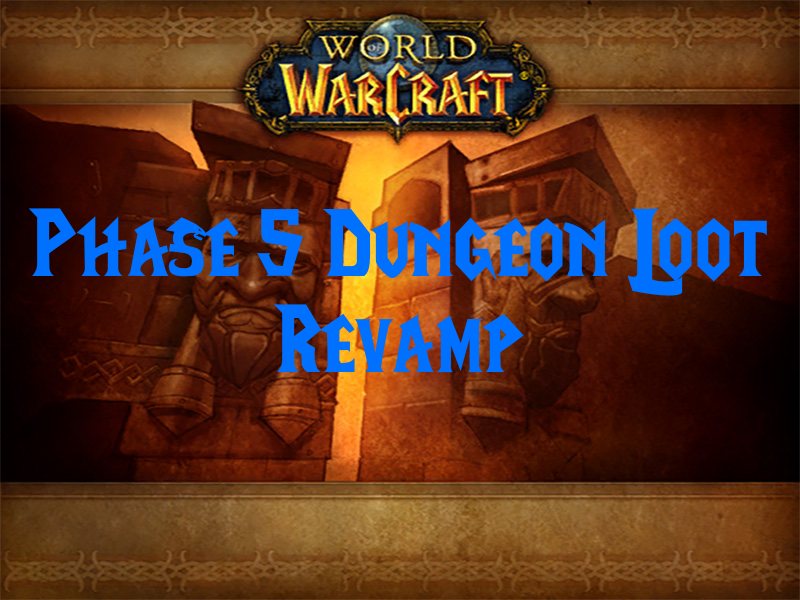 Along with the new content in Phase 5, we will also see a revamp to dungeon loot. Specifically in Blackrock Depths, Blackrock Spire, Scholomance, and Stratholme. This matches up with patch 1.10 in vanilla WoW. Where Blizzard made these changes in dungeon loot tables. New loot was added, including the all-new relic slot items. And some old loot was moved around.

These Wowhead lists go over the brand new loot coming to dungeons in Phase 5. Druids, paladins, and shamans should especially check these out for their new relic items.

Or check out Wowhead’s listing by slot

Part of the Tier 0.5 questline involves going into dungeons and summoning all-new bosses. With these new bosses come new loot tables. To reach these bosses you’ll need to do the Tier 0.5 quests yourself. Or join a group with someone else who has.

Relics replace the range slot for classes who cannot use range weapons.

Wowhead also has a complete list, with more relics listed than my links above. They are including items we expect to arrive with Phase 6. As more relics were originally added in patch 1.11 (Naxx release).

Some of the new relics are dropped by summoned Dungeon Set 2 bosses. Epic relics will be from AQ40.

Some existing loot in Blackrock Depths will move to a different boss in Phase 5. Most notably Hand of Justice will move from Angerforge to the Emperor. But before you panic, know that the drop rate also goes up to ~20% on the Emperor. So longer runs, but likely fewer of them.

Savage Gladiator Chain and other epics will have increased drop rates. Though Gorosh the Dervish will still have a 1 in 6 chance of spawning.