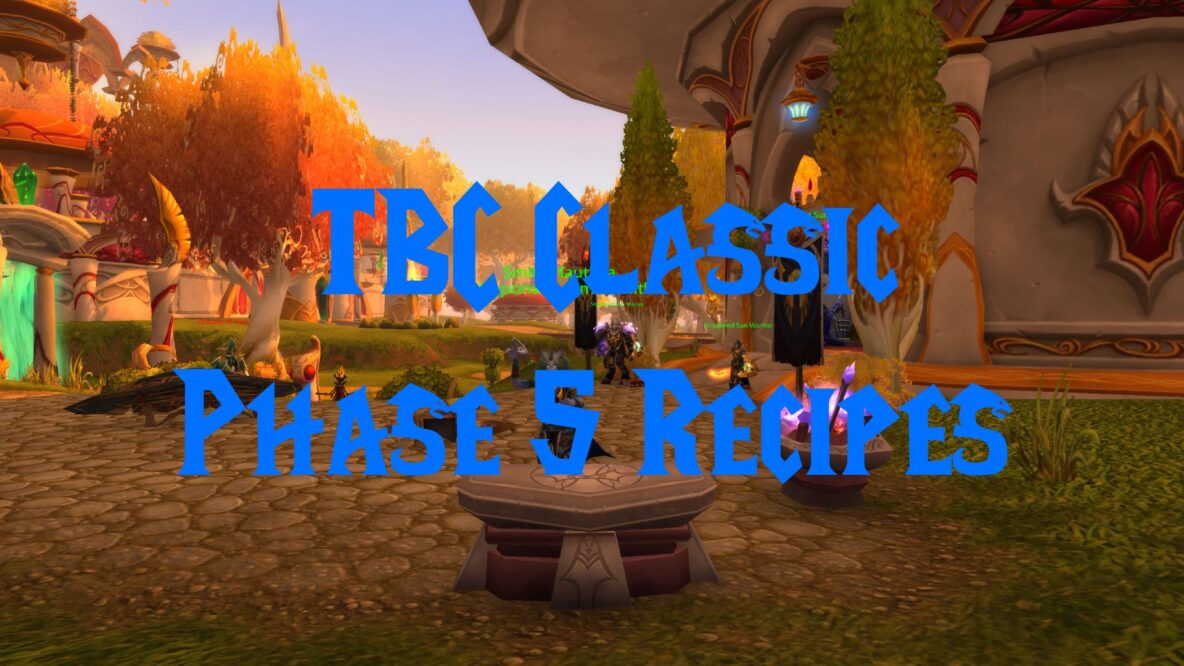 Ths Shattered Sun Offensive faction and Sunwell Plateau raid both bring new recipes to all crafting professions in TBC Classic Phase 5. All recipes are either sold by vendors requiring SSO reputation or are dropped from the trash mobs inside Sunwell Plateau. If preparing for Phase 5 in advance be sure to check out the tradable gloves and rings which are sure to make some BiS lists. 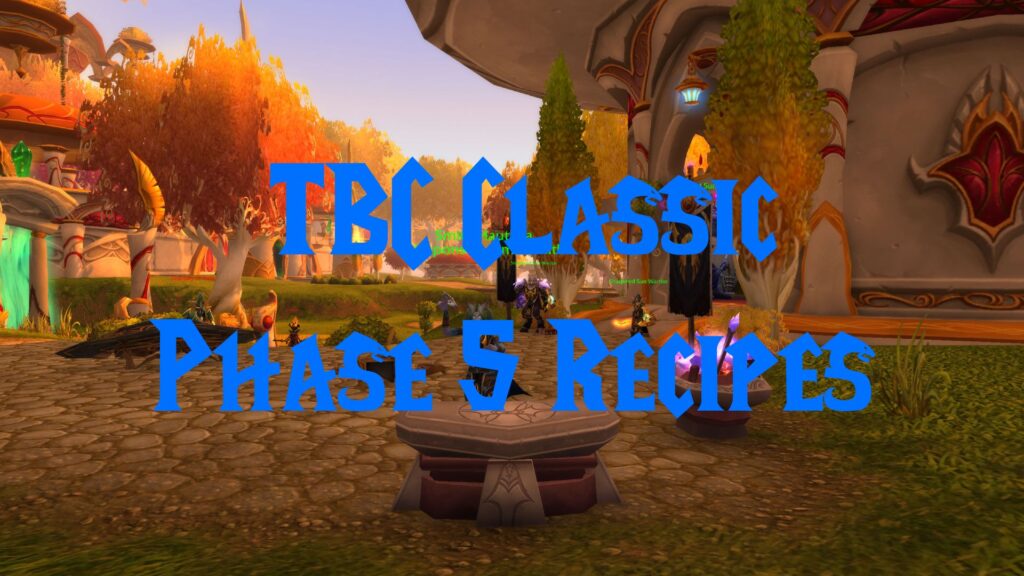 Alchemists get four new trinkets with their usual bonus to health and mana potions. The trinkets are BoP and require Alchemy 375 to wear.

Blacksmiths will see four new recipes drop from the trash in Sunwell Plateau. The chest recipes are tradeable, so you’ll also find them at the auction house. Only the crafter can wear the chest armors, but any paladin or warrior can wear the gloves.

Enchanters have two fairly easy-to-get recipes from the Shattered Sun Offensive quartermaster. And a third inside the new 5-man dungeon, with old Wowhead comments indicating it has a high drop rate. I expect the price of Void Crystals will go up a bit and the price of Large Prismatic Shards will come down a lot.

Engineers get their final set of goggles for TBC Classic. The recipes all drop from Sunwell Plateau trash but are tradable. So check the auction house in between your own Sunwell raids. The goggles themselves are BoP and require Engineering 375 to wear.

Jewelcrafters get a lot of new recipes in TBC Classic Phase 5.

Please note that no single SSO vendor sells all the reputation-based recipes.

Get Mount Hyjal Epic Gem Recipes From the SSO

In addition to the all-new jewelcrafting recipes, the SSO will also sell the recipes for all of the epic gem cuts first introduced in and around Mount Hyjal. A good catch-up option for raiders who missed a recipe drop and non-raiders who want to cut all epic gems.

Leatherworkers will see new leather and mail armor recipes from the trash in Sunwell Plateau. The chest recipes are tradeable, so you’ll also find them at the auction house. Only the crafter can wear the chest armors, but any leather or mail-favoring character can wear the gloves.

Mining Gets Some Love In TBC Classic Phase 5

Miners get a new smelting recipe out of Sunwell Plateau in TBC Classic Phase 5. It is BoP so it will only be available to raiders. The new Hardened Khorium it creates is used in some of the new jewelcrafting and blacksmithing recipes.

Tailors get new caster DPS and healer cloth armor recipes, again from the trash in Sunwell Plateau. Like the other armor recipes, the chest pattern is tradeable so you can also check the auction house. Only the crafting tailor can wear the chest pieces, but any caster/healer can use the gloves.