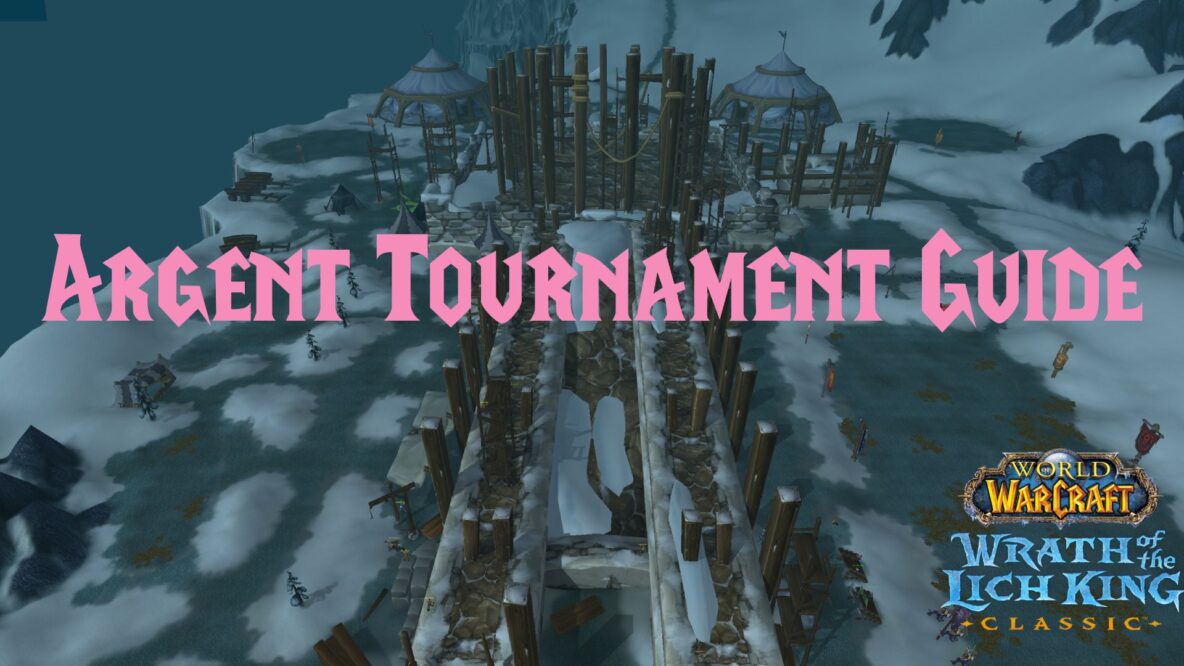 The Argent Tournament is a new daily quest hub for level 80 characters. It’ll open in Phase 2 of WotLK Classic, though it is later expanded in Phase 3. It offers several new rewards and reputation gains, not to mention a new bundle of daily quests for earning gold in one spot. This guide will go over getting started with the Argent Tournament, how to best earn your ranks and city reputations, and the rewards available for your efforts. 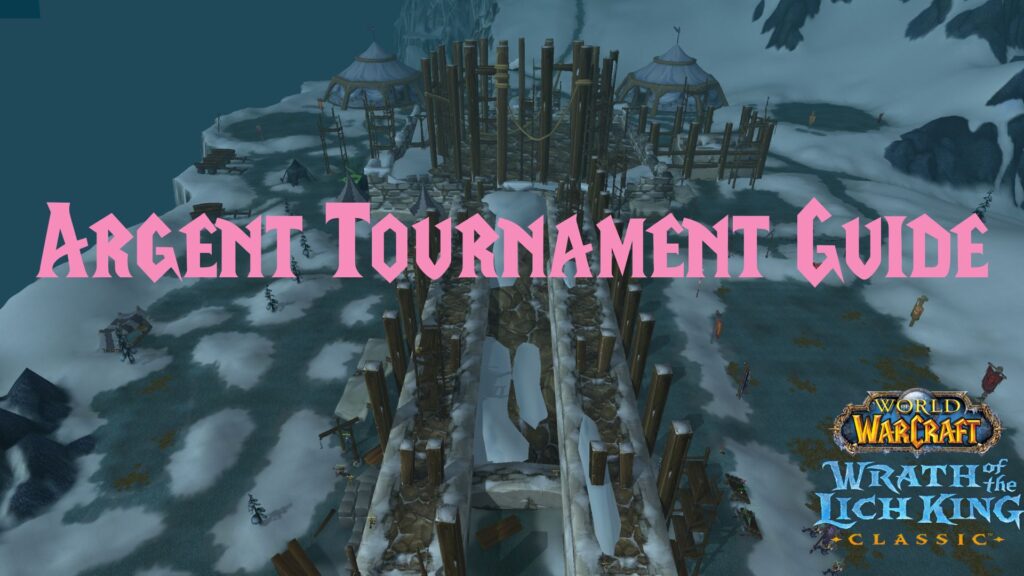 Four ranks are associated with the Argent Tournament: Aspirant, Valiant, Champion, and Crusader. Each unlocks new levels of daily quests and, eventually, rewards.

Getting Started with the Argent Tournament – Aspirant to Valiant

Everyone starts as Aspirant and it takes three days to move up to Valiant. 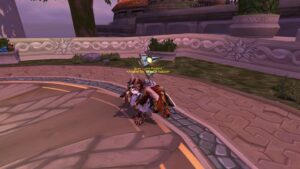 Jean Pierre Poulain, near the flight master in Dalaran, will give you a free ride to the Argent Tournament. The easiest way to get there your first time.

Justicar Mariel Trueheart will give you The Argent Tournament (Alliance | Horde). Follow it and complete the three mastery quests which follow. 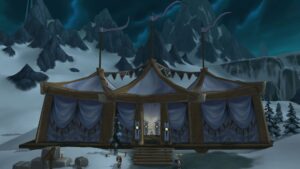 The Argent Pavilion, where you’ll start your Argent Tournament questing. Located at the western end of the grounds.

Ranking Up To Valiant

Once Up To the Challenge has been completed you’ll receive a Valiant quest for your character’s race. Head to your faction’s tent on the east side of the Argent Tournament Grounds to begin the Valiant chain.

Earning Champion Standing with the Argent Tournament – Valiant to Champion

After turning in your race’s Valiant quest you’ll receive The Valiant’s Charge. You’ll need to collect and turn in 25 Valiant’s Seals to complete it and become a Champion for your racial city. You earn seals by completing Valiant daily quests. You’ll have access to four Valiant daily quests each day, which award a total of five Valiant’s Seals. So it will take five days to earn enough seals to advance to become a Champion for your specific racial faction.

You can only be a Valiant for one city at a time. So to earn Champion status with all five faction cities will take 25 days.

The Silver Covenant and Sunreaver Pavilions, where all Alliance and Horde players will receive their Valliant daily quests and can shop with the various city quartermasters.

Ranking Up To Champion

Once you complete The Valiant’s Challenge you’ll get the quest A Champion Rises (Alliance | Horde) and will become a Champion for your racial faction. This opens up both new Champion daily quests and the ability to repeat the Valiant to Champion progress for one of the other city reputations. 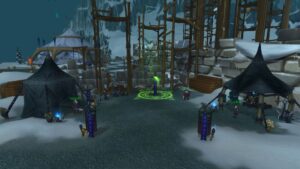 The death knight only hub for Champion daily quests. Death knights earn rep with the Ebon Blade rather than the Argent Crusade like everyone else.

Each of these daily quests will award you a Champion’s Seal as well as the choice between a Champion’s Writ or Purse.

The Champion’s Writ can be turned in for a 250 rep token for one of your faction’s cities, allowing for up to 1000 rep per day. The writ is sold to the faction’s quartermaster. It must be either your racial faction or a faction you’ve earned Champion status with.

I recommend going for the purse every time. There are other ways to earn rep with your faction’s cities, but there are only so many Champion’s Seals you can earn per day.

Crusader of the Argent Tournament – Phase 2

The Crusader title is awarded for completing the achievement: Exalted Argent Champion of the Alliance/Horde. During Phase 2 the only perk of this achievement is the title. But in WotLK Classic Phase 3 it will unlock Argent Tournament daily quests which award Champion’s Seals. And grant you access to new Argent Tournament awards, including the new heirloom gear.

Earning the Crusader title should be one of your end goals for participating in the Argent Tournament during Phase 2. You should also gain exalted status with the Silver Covenant/Sunreavers, which will have their own daily quests and rewards come Phase 3. 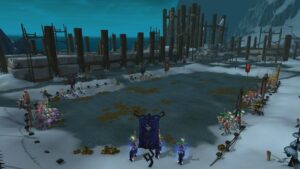 The Ring of Champions, where the upper-level jousting occurs at the Argent Tournament.

During Phase 2 and without either Crusader or Silver Covenant/Sunreavers exalted status you can only earn up to 9 Champion’s Seals per day.

During Phase 3 with both Crusader and Silver Covenant/Sunreavers dailies unlocked you can earn up to 14 Champion’s Seals.

Crusader of the Argent Tournament – Phase 3

High Crusader Adelard offers one of these each day:

Crusader Silverdawn offers one of these each day:

If the Kraken dies from several players doing Get Kraken then everyone who did damage will get a Kraken Tooth in their inventory. This gives you a bonus daily quest to turn in.

Savinia Loresong (Alliance) or Tylos Dawnrunner (Horde) offers one of these each day:

Narasi Snowdawn (Alliance) or Girana the Blooded (Horde) offers one of these each day:

Gaining Reputation With Your Faction’s Cities

In addition to earning Champion status with all five city reputations under your faction, you must also earn an exalted reputation level with all five cities to earn the Crusader title. This can be done before, during, or after earning Champion status. But should be completed before WotLK Classic Phase 3 is released, allowing you full access to new daily quests and rewards. 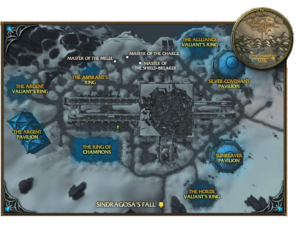 Reputation from the Argent Tournament

Going through the Argent Tournament starting quests, enough Valiant dailies to earn Champion status with each city, and completing the Black Knight side quest chain you will earn 11,250 rep (12,375 for humans) with each capital city. If you are 9750+ revered (8625+ revered for humans) before you start the Argent Tournament then you will not need to do anything else to earn rep with that particular city.

Doing the Valiant dailies will earn you 1000 rep for the city you are a Valiant with, plus 248 rep with the other four cities. Once you complete and turn in The Valiant’s Challenge for a particular city you will be locked out of their Valiant dailies forever. So if you need significantly more rep for a particular city it is worth considering delaying your progression to Champion to take advantage of the daily rep earnings.

The four Champion dailies offer a Champion’s Writ as a reward option. You can turn in a writ with a specific city and earn 250 rep with them, so up to 1000 rep per day choosing the writ over the purse. If you have other means to gain rep I do not recommend this approach, as the purse contains an extra Champion’s Seal which you’ll find more valuable later on.

If your character only played in their own race’s starter zone then you can visit the other two starter zones for your faction and earn some easy reputation. This is a great option for death knights who didn’t play in any start Alliance/Horde-based starter zones.

Turn on Low-Level Quests under the magnifying glass icon on the minimap. This will enable you to see quest-givers in these zones.

Head to the starter zone and run through all the quests available. You can continue to quest in the following zone for more reputation gains, though it’ll be a bit slower. After that, you’ll need to hunt down specific zones and quests offering the reputation you need. Generally not a worthwhile endeavor with the Runecloth donation option available.

You can donate Runecloth to any of your faction’s capital cities as much reputation as you need. The donation NPCs are located in or near the city’s tailoring shop.

You’ll need to have donated 60 Wool Cloth, 60 Silk Cloth, 60 Mageweave Cloth, and the initial 60 Runecltoh to unlock the repeatable Runecloth donation. If you need to do those don’t fret, they award 350 rep each.

The repeatable Additional Runecloth quest will award 75 rep for 20 Runecloth. Runecloth costs around 10-20 silver, depending on your realm. You can calculate how much Runecloth you’ll need (including the 11,250 rep from the Argent Tournament) and how much it’ll cost you. If you are tempted to farm Runecloth I recommend doing WotLK Classic dailies instead and spending the gold on cloth. You’ll be able to buy 6-7 stacks of Runecloth per daily quest completed. A much faster approach than running old-world dungeons for less cloth per run.

Roughly half of the rewards from the Argent Tournament will be made available in Phase 2. The rest, including heirlooms, won’t arrive until Phase 3. But you can save Champion’s Seals for the later rewards once done with the current ones.

Sold by the specific faction’s quartermaster.

*The gold & Champion’s Seals mounts require you to be of the same race or to be exalted with the race, in addition to having Champion status. The gold price listed includes the exalted discount.

Sold by all faction quartermasters. These are ilvl 200 epic and rare items, equivalent to loot from heroic dungeons or early Naxx 10. It was made to be catch-up gear for alts and new players. It will be of little to no interest for Phase 1 raid mains.

All Argent Tournament rewards are unlocked in WotLK Classic Phase 3 (Trial of the Crusader is released). If you bought everything you wanted back in Phase 2 you can use any saved-up Champion’s Seal for new mounts, pets, decorative items, and heirlooms.

Sold by Dame Evniki Kapsalis. You’ll find her in the Argent Pavilion (a large tent on the west side of the grounds).

Sold by Dame Evniki Kapsalis. You’ll find her in the Argent Pavilion (a large tent on the west side of the grounds). All of these heirlooms have also been available since Phase 1 for Emblems of Heroism. But in most cases, you are better served spending Champion’s Seals on heirlooms rather than Emblems of Heroism.

Sold by the Silver Covenant (Alliance) and Sunreaver (Horde) quartermasters.