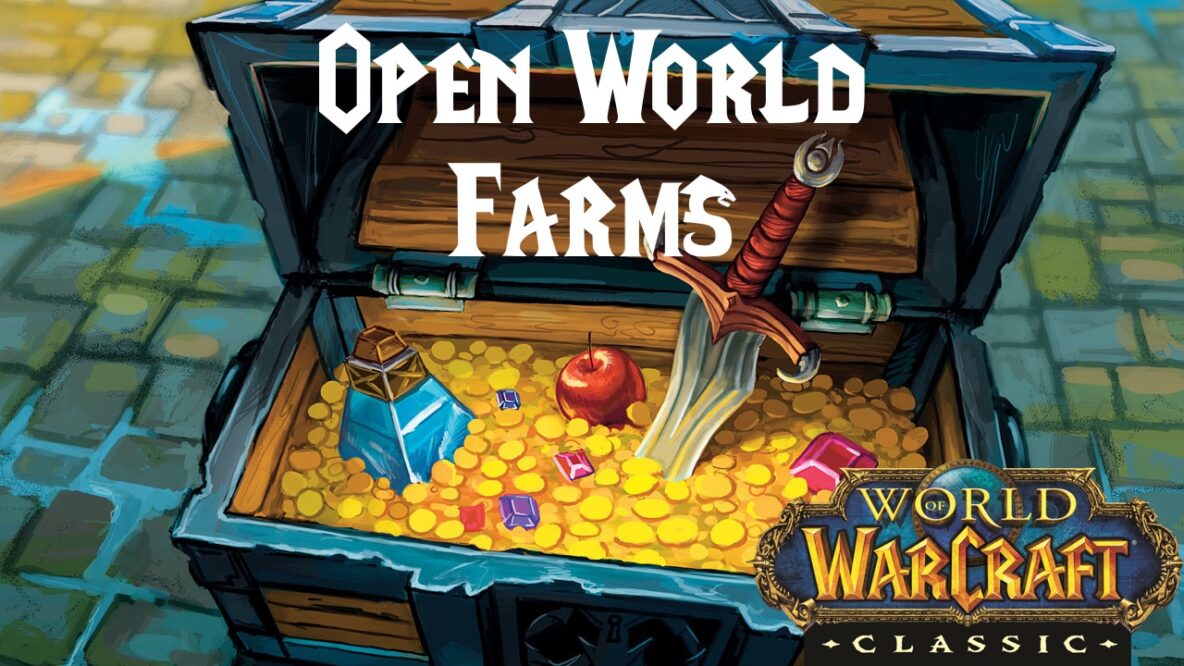 Open world farms are what many of us think of when it comes to gold farming. You find a spot, kill everything in sight, and collect the loot. You can get a combination of raw gold, vendor trash, and sellable items. Any class can do it, though those with DPS builds will do better than others. The real trick is finding a good spot not already saturated with other players. Because competition and (on PvP servers) the other faction are what can ruin an otherwise good farm spot. 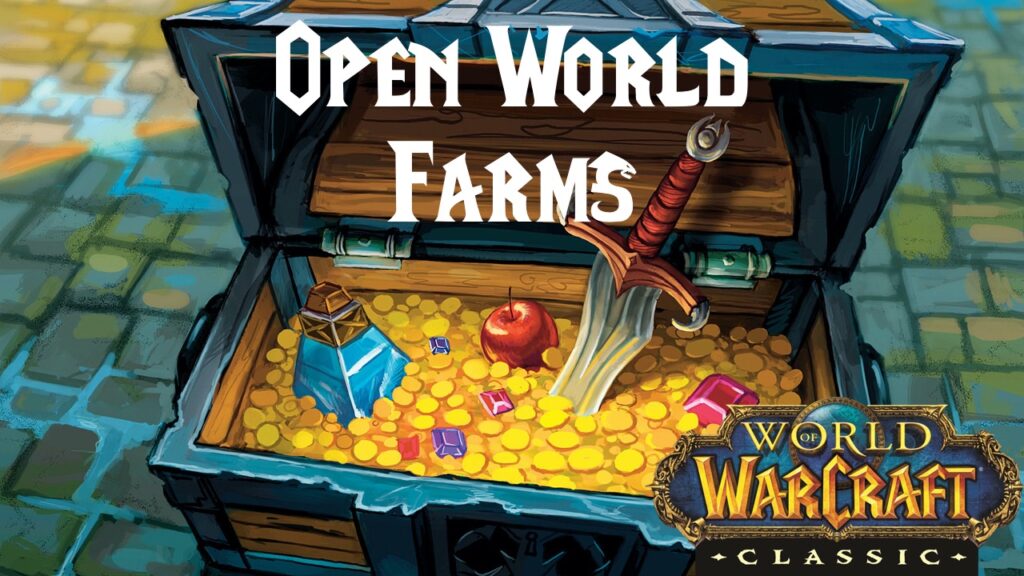 Elementals are a traditional vanilla WoW and WoW Classic farm target. In Phase 6 various elemental drops are still in demand and sell well.

Essence of Air – Air elementals in Silithus. Even better if an elemental invasion is underway as there are more elementals to kill.

Essence of Water – Water elementals in Eastern Plaguelands and Felwood. Also found in Winterspring if an elemental invasion is underway.

E’kos drops from certain creatures in Winterspring and can be turned in for various buffing items (Jujus). The more popular ones are used regularly in Naxxramas raiding. They are also special in another way… when one drops everyone in the party or raid can pick it up. So farming them by yourself is okay, but can be slow. Farming them with a group of any size speeds up the kills without taking away your personal profit.

Everyone needs to have completed the Luck Be With You quest so they can collect E’kos.

Chillwind E’ko – Drops from chimaera in Winterspring. Gets turned in for Juju Chill, good for stacking frost resistance on Sapphiron.

Frostmaul E’ko – Drops from Frostmaul giants, who are high-level elites. This is best done with a group but can be done alone. Gets turned in for Juju Might, extra attack power for melee and hunters.

Winterfall E’ko – Drops from furbolgs in Winterspring, who are heavily farmed for Winterfall Firewater. Gets turned in for Juju Power, an alternative to Elixir of Giants.

The drop rates aren’t great, but again this farm favors going in with a group. You can kill more mobs faster, and everyone can share on any E’kos that do drop. Just make sure you don’t all post them to the auction house at the same time.

If you want to avoid the auction house basilisks are a good farming option. They drop a lot of good vendor trash, giving you the payout as soon as you return to town. The downside is there are no high-level basilisks in the game with even better trash.

Check out the basilisks in Blasted Lands, Stranglethorn Vale, Tanaris, and Un’Goro Crater.

Humanoids are good trash vendor targets for rogues. You can pickpocket them for bonus loot, then kill them for the good stuff.

Make a macro combining pickpocketing with your opening attack:

If you have some raid quality gear check out Tyr’s Hand in southeast Eastern Plaguelands. The humanoids there are elite with better than average loot drop rates. The archmages have a chance of dropping the rare Crusader enchant. Plus raw gold and lots of Runecloth.

You can do the same thing with oozes in Felwood. That’s right, you can pickpocket oozes. The Oozing Bags add an extra element of RNG surprise.

The satyr in Felwood and Azshara are popular farm spots for all classes.

Felcloth – The most sought after item in these spots. Used for various high-level tailoring crafting, including making Mooncloth.

Demonic Runes – These are BoP and don’t vendor for very much. But casters and healers will find them useful in raids. Consider it a bonus to your farming efforts.

If you can find a camp without other players it is worth clearing out. The larger camps can respawn before you’re out of targets.