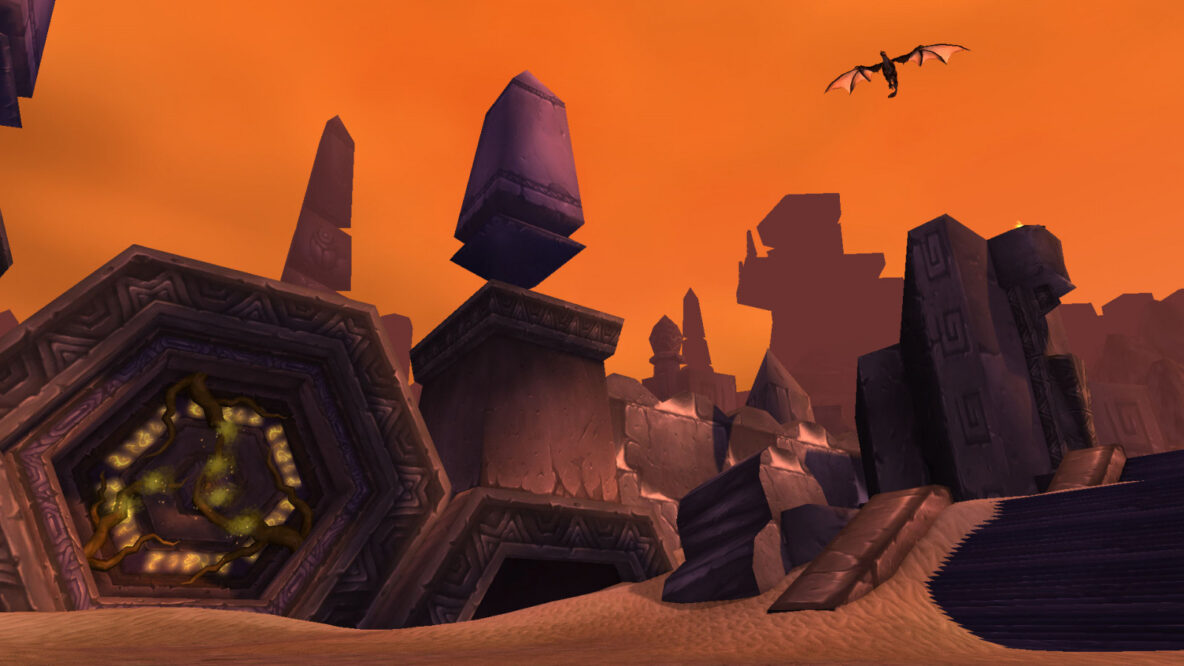 This post was created for my guild members (Onyxia’s Bakery on Pagle-Alliance) to help with our Scarab Lord effort. I am now making it public, as the event is over. We not only completed the event. But were server first for the rep grind, Green Scepter Shard, and Blue Scepter Shard. 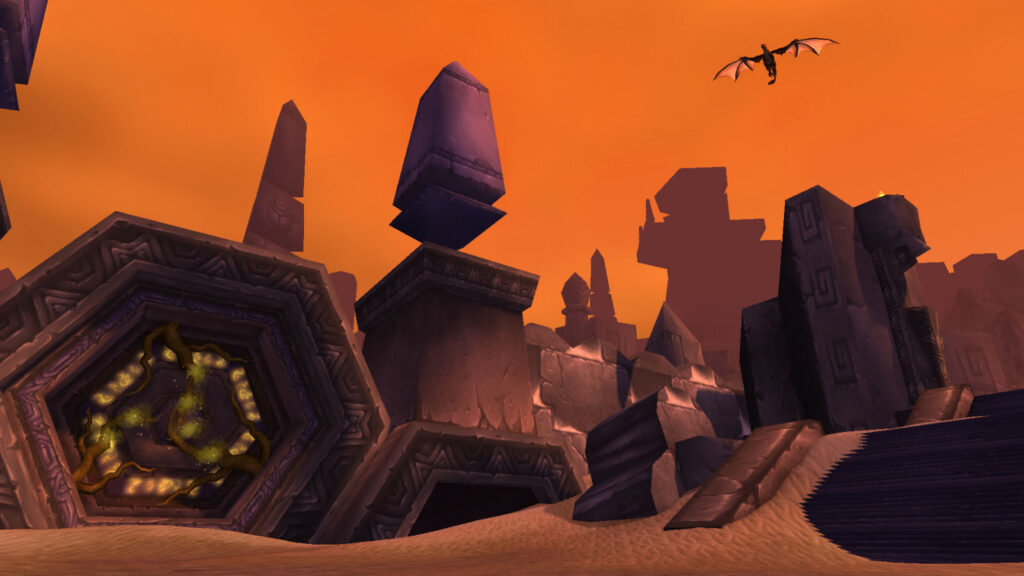 We are making a serious attempt at having a Scarab Lord among our ranks. This is a guild wide effort and achievement. A once in a 15 years gaming event.

The rep grind will be the make or break moment of our effort. If completed within a few days there will be time to finish the other requirements before Blackwing Lair resets.

Once the rep grind is over we must complete three quest lines. Each ending with receiving a scepter shard.

Red Scepter Shard – Enter Blackwing Lair, speak to Vael, then kill Nefarian. Note we killed Vael in our start run, so we must wait until the instance reset on Tuesday. This is where the 10:30 PM on August 4 deadline comes from. The first to ring the gong will be after Blackwing Lair resets. And we have 10 hours after the first completion to finish.

Blue Scepter Shard – Involves a run into Molten Core, for a quest item that can drop from any trash or boss. It may be a quick trash run. Or it may be a full clear. We will also need to kill Onyxia. And head back into Blackwing Lair to pick up an item (soloable). Oh, and we’re going to raid Undercity.

Once all shards are gathered there are a few more quests, then we can bang the gong. Provided he does so within 10 hours of the first bang he will receive Black Qiraji Resonating Crystal. And at the start of TBC, he’ll be able to display the title Scarab Lord.

All of us will have completed one of the rarest feats in MMO history. With stories, we’ll remember and share for years to come.

The bulk of our time will go toward helping collect Silithid Carapace Fragments. Details will be organized by officers through Discord.

Mages, please carry extra regents to help your guildmates. If this puts a financial burden on you talk to Bitt.

Warlocks, please do not summon anyone unless asked to by officers. Summons take 3 people away from the grind.

Install TomTom – Available in the Twitch app. It is a GPS tool for the game. With it, you can easily navigate to the map coordinates used below.

Type “/way X, Y” and you’ll get an arrow showing you the way to the two coordinate numbers you entered.

Open your map and put the mouse cursor over a spot to get its coordinates. Share that with others trying to get to you.

Party locations on the map do not help if the party is inside a hive. And hives have multiple entrances that do not connect. Going to the correct entrance is the difference between joining up and dying alone.

An officer will screenshot the raid group once an hour. These screenshots will be used to award EP to participants. 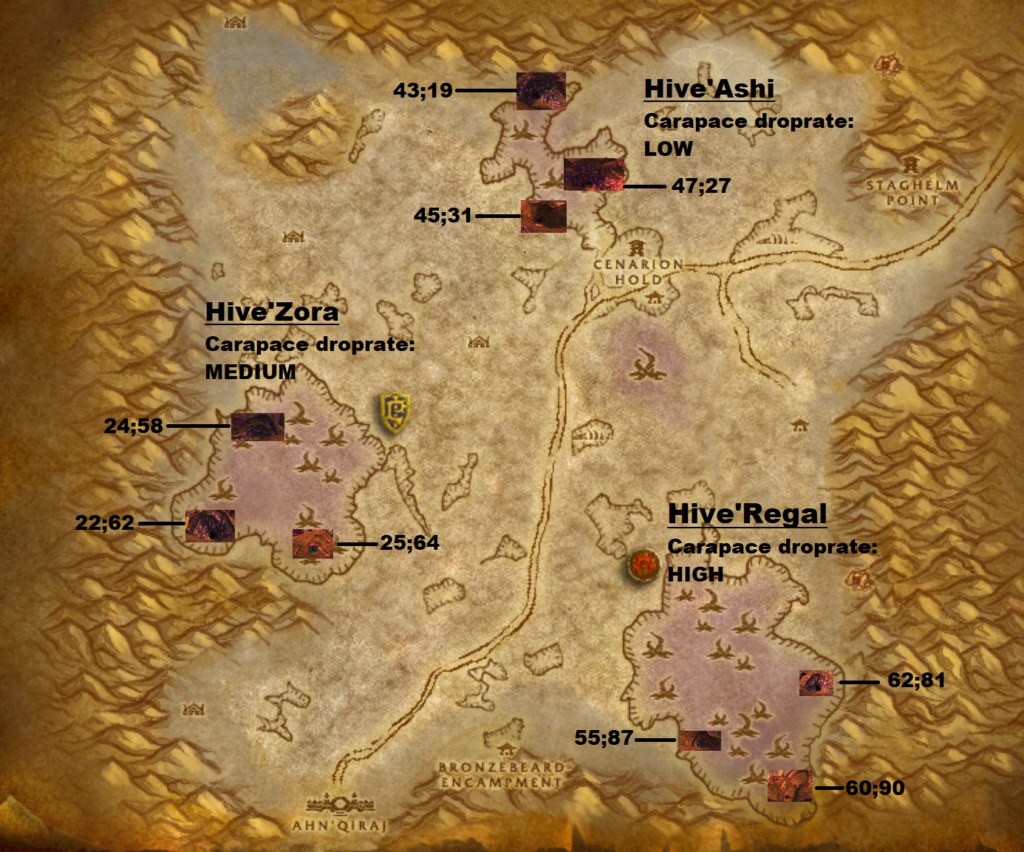 As part of the Blue Scepter Shard section, we will need 20 Chimaerok Tenderloins. We can get these for him. Allowing him to stay on the rep grind and saving time.

The meat drops from Chimaeroks on the Isle of Dread in Feralas (south of Feathermoon Stronghold). 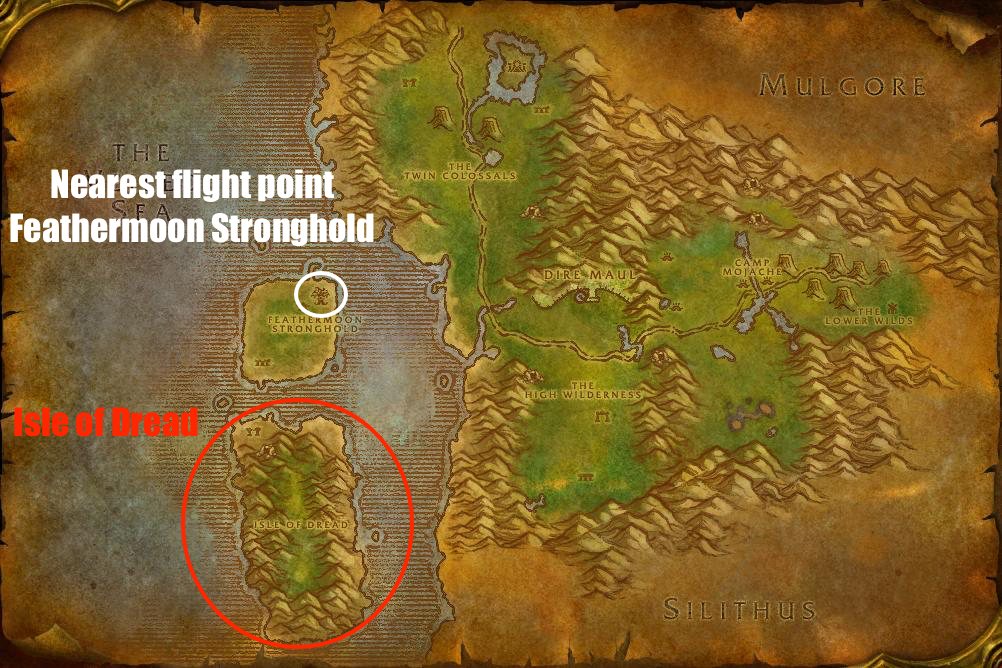 We’ll send a 5-man party. It will include:

The area is likely to be heavily farmed. And there is gold value to the meat (makes +25 stamina food), so not everyone will leave after they get their 20. If farming isn’t viable the team may return to the rep grind and come back later.