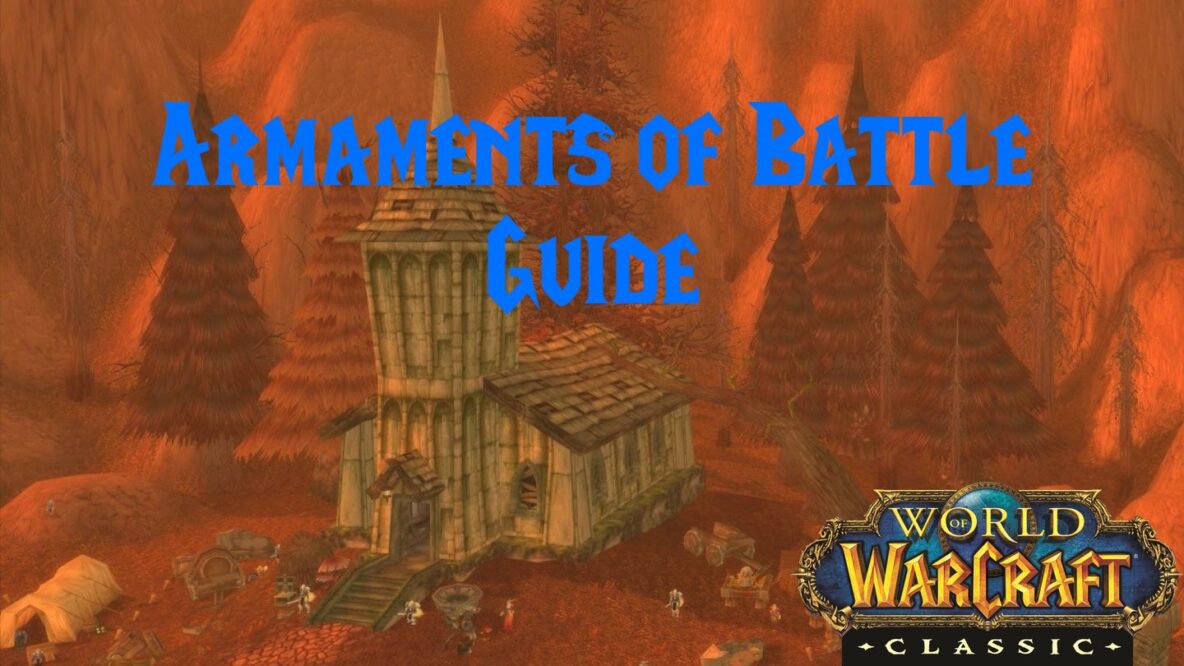 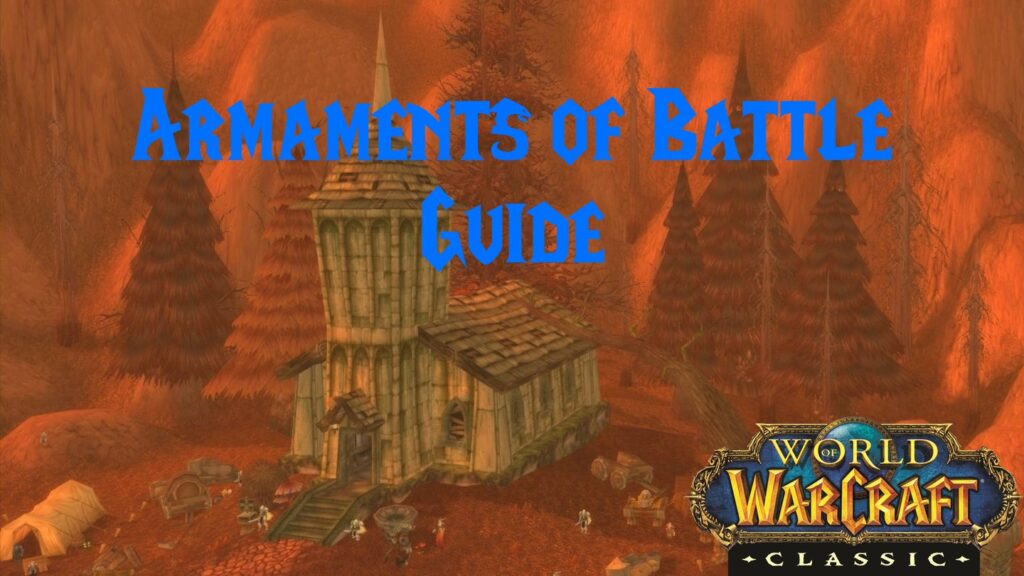 Dozens of new quests will appear at Light’s Hope Chapel come Phase 6 of WoW Classic. Most relate to the Armaments of Battle, offering various gear rewards. Kill quests will have you grind specific mobs for parts to turn in. Craftsman’s writs will have you turn in various items. This guide will help you review and earn rewards from the Armaments of Battle quests. Though many will find the rewards are not worth the effort.

Some of these items may be an upgrade for characters who don’t raid. The 18-slot bag will be of interest to many. You can complete the quest more than once to get different rewards. But note that the bag and rings are unique.

These are what I like to call epics for non-raiders. Like the blue rewards, they are likely upgrades for characters who don’t raid. But anyone geared up to go into Naxx will have no interest in these items. You can complete the quest more than once to get different rewards. But note that the trinket is unique.

To complete either quest you need to be at least Friendly with the Argent Dawn and turn in a specific number of insignias. How many depends on your reputation level.

As you can see the requirements are extreme with lower reputation levels. On the bright side earning insignias will also earn you rep with the Argent Dawn.

Separately from the Armaments of Battle, you can also use some of your insignias for frost and shadow resistance enchants.

You’ll need Insignia of the Dawn and/or Insignia of the Crusade to earn rewards from the quests listed above. They are earned through repeatable quests found in Light’s Hope Chapel come Phase 6. Most deal with either killing specific creatures for parts or turning in specific crafted items.

Binding the Dreadnaught – Rewards Insignia of the Dawn

The Elemental Equation  – Rewards Insignia of the Dawn

Cryptstalker Armor Doesn’t Make Itself – Rewards Insignia of the Crusade

In the open world, there will only be so many spots to grind most of these mobs, and many Classic servers have larger populations than during vanilla. Likewise drops from dungeons will only go so far if other party members are on the same quest. Expect to put hours into earning insignias with these quests.

All the drop items from above can be farmed from the related mobs without the quest. The items are new parts of their regular loot table, not quest items. They can also be traded and sold at the auction house.

Speak to Dispatch Commander Metz in Light’s Hope Chapel and pick up the quest They Call Me “The Rooster”. It requires you to turn in an Argent Dawn Valor Token for a Sealed Craftsman’s Writ. This is worth doing once, even if you don’t intend to complete a writ quest. The initial quest rewards 200 Argent Dawn rep for a 25 rep token. Repeating this step involves the quest Craftsman’s Writ which only awards 10 rep.

Each writ starts a random quest to turn in specific items. Like the Logistics quests from the Silithus Field Duty series. But unlike the ones in Silithus it costs you a valuable rep token to get a new quest. Making farming for specific turn-ins costly.

Here are the various items a writ may request. I’ve organized them by profession.

As you can see they range greatly in cost. Some easily cost less than 10 gold on my server. But others cost upwards of 80-180 gold. The average is around 30 gold per writ on my server, as of Phase 5 prices. That isn’t awful, but again you can’t control which writ you’ll get. And you only have so many spare tokens to try your luck.

Twice a day, between 6:00-8:00 am/pm server time, a mule train is sent out from Light’s Hope Chapel. Players must escort it and ensure that none of the donkeys are killed. Once the train has reached its destination players can pick up and complete Writ of Safe Passage, to be turned in back in LHC.

You can choose between an Insignia of Dawn or Crusade as your reward.

If you don’t want any of the rewards these quests can still offer you Argent Dawn rep. The more you have the cheaper your attunement to Naxxramas. But keep in mind these quests arrive with the same content update that brings Naxx. You’ll need to be close to crossing into the next rep level, and get these quests done before your guild’s raid.

You can earn 1200 Argent Dawn rep by completing all of these quests once. Repeating these quests will earn you far less rep.

Repeating any of the kill quests will only earn you 10 rep each time. Turning in a Craftman’s Writ will earn you 50 rep. Repeat a Craftsman’s Writ earns you a total of 60 rep (10 for turning in a token, 50 for completing the quest). But keep in mind you have to spend an Argent Dawn Valor Token (worth 25 rep itself) to receive a new writ quest.