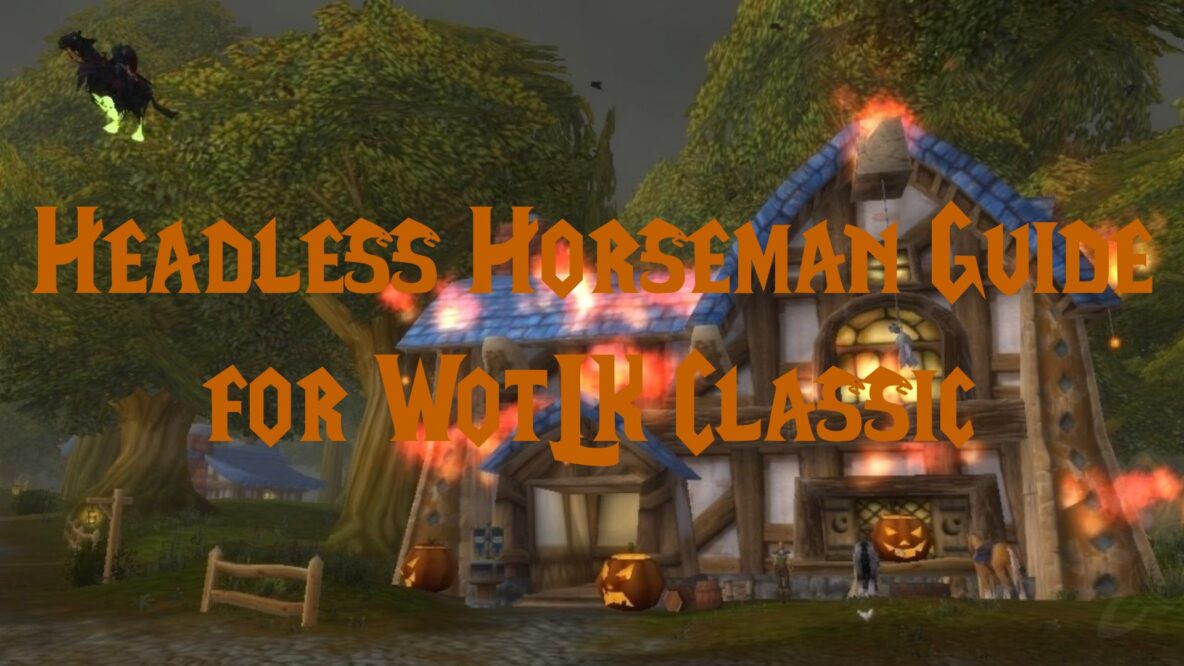 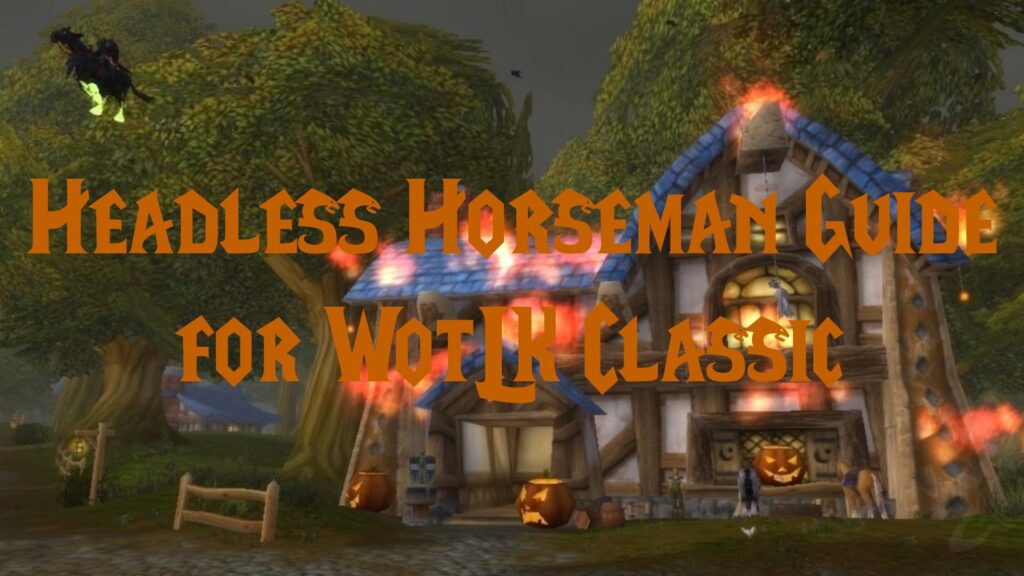 Hallow’s End is a major holiday event in WoW Classic and a part of the What A Long, Strange Trip It’s Been meta holiday achievement for a 310% speed flying mount. Compared to TBC Classic the event has not changed much. The new WotLK Classic achievements are in place, and the Headless Horseman and his loot have been upgraded to level 80. But otherwise expect the holiday to run like it did the year before.

Hallow’s End will run from October 18, through October 31, 2022, giving you 14 days to farm the Headless Horseman and complete your achievements. 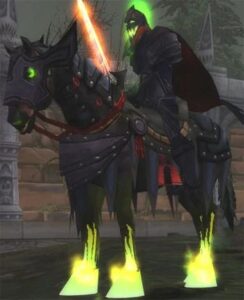 The Headless Horseman in WotLK Classic as a boss fight is found in the Scarlet Monastery Graveyard. His loot is of interest for fresh 80 characters, especially those in need of ilvl 200 rings. But what keeps everyone coming back every day is his mount.

Getting to Scarlet Monastery Graveyard

Scarlet Monastery is one of the more out-of-the-way dungeons, especially for Alliance players. With no dungeon finder in WotLK Classic, at least some of your party will need to travel out there. 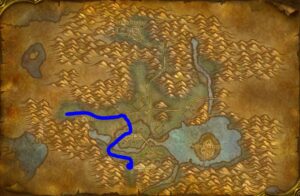 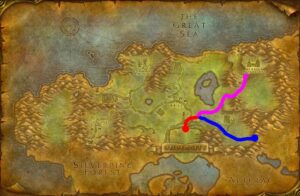 The summoning stone outside now works for all levels, so if two of your party can make it there they can summon the rest. Anyone farming Headless Horseman daily may also be well served by parking an alt near the stone (summon other party members, then have them summon you).

Also if you have a warlock in your group they can summon people directly into the instance.

One Daily Summon Per Character

Similar to the Coren Direbrew fight during Brewfest, players can summon the Headless Horseman once per character per day. So a group of five players can get in five attempts. Anyone level 75+ can do the summoning daily. Though the ground finder will only work for players level 78+.

If you complete the Stop the Fires quest series for the Alliance or the Horde you can do two summons in a single reset, but only once.

The boss can be downed easily with a 3-player group in good gear. But in general, you’ll find 5 is a good working number for both attempts and limiting competition.

Be wary of players lying that they have a summons available, leeching off of groups for extra shots at loot. If running a pug use Questie and have everyone pick up the summoning quest without turning it in. If everyone has Questie you should see [4] next to the quest, indicating everyone has the quest.

The Headless Horseman fight in Scarlet Monastery Graveyard is in three phases. You’ll attack the boss to start and his head in the second half of each stage. The boss’ abilities will also change in each stage. Once you’ve seen the fight it becomes easy to repeat. 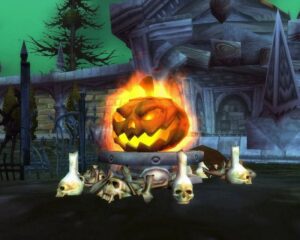 There is no need to run out and reset the instance after each fight. Another member of your group simply does the summoning quest and you can repeat the fight when ready.

The Headless Horseman will drop items among this list. Typically one epic item and possibly a blue item, too. Everyone in the group is eligible for the loot after each kill regardless of who did the summoning. 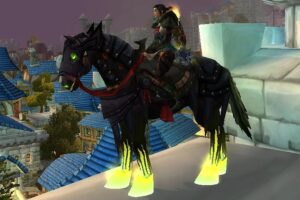 Magic Brooms from the Headless Horseman

Hallowed Be Thy Name Achievements New To WotLK Classic

During Hallow’s End, you’ll need to complete several achievements to complete the Hallowed By Thy Name achievement for What A Long, Strange Trip It’s Been. This will involve a lot of running around Azeroth and Outland, swapping wand uses with your guildmates, and some PvP.

Bring Me The Head of… Oh Wait

Kill the Headless Horseman during WotLK Classic just once in Scarlet Monastery.

Get both a Sinister Squashling pet and a Hallowed Helm.

Use any of the trick-or-treat buckets found in an inn.

Tricks and Treats of Azeroth

You’ll need to use the trick-or-treat bucket in most of your faction’s quest hubs in Azeroth and Outland. These are three achievements, one for each continent. Completing all three will grant you this unifying achievement.

Provided you have all the needed flight points gathering up the ones in Kalimdor and Eastern Kingdoms just takes some time. Make use of Dalaran portals and any other teleportation abilities you may have. If forming a group be sure to grab a mage.

Outland will be easier as you’ll have access to your flying mount.

While buffed by G.N.E.R.D.S. candy kill 50 members of the opposing faction in PvP.

Use a Tooth Pick.

Get transformed by seven specific wands.

The Savior of Hallow’s End

Complete the Stop the Fires daily quest by helping put out fires and defeating the Headless Horseman in one of your faction’s starter towns. 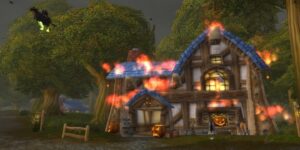 Stop the Fires daily in Goldshire