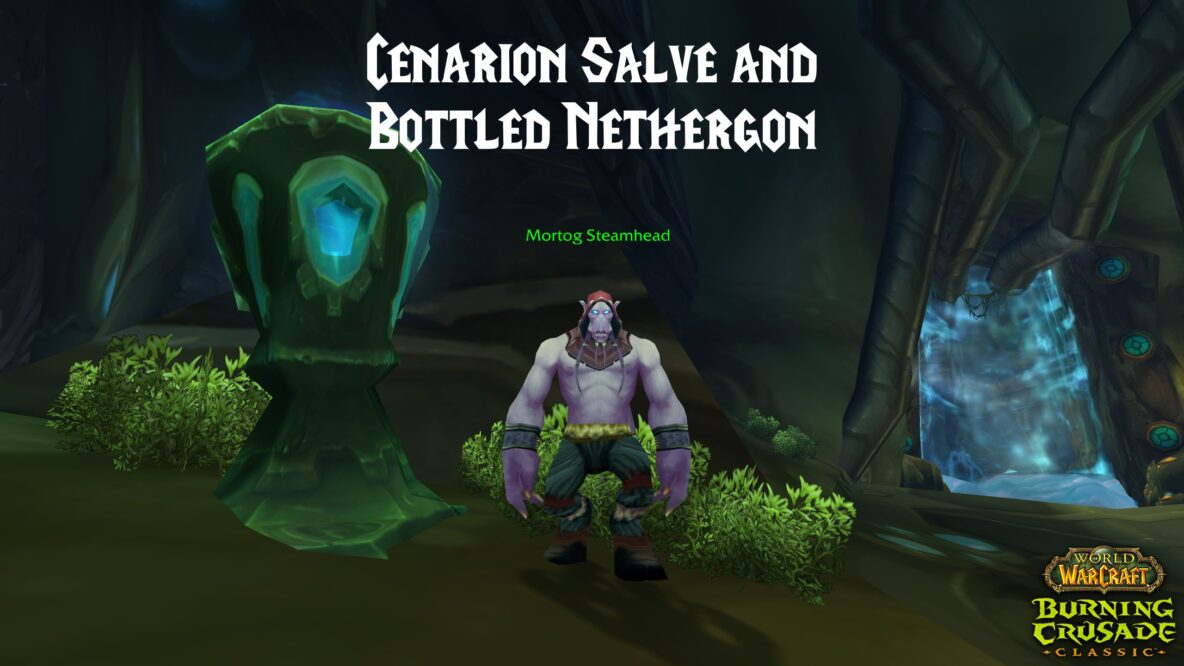 In TBC Classic these are instance-specific healing and mana potion alternatives available: Cenarion Salve and Bottled Nethergon. Cenarion Salve goes with the Coilfang instances: Slave Pens, Underbog, and Steamvault. While Bottled Nethergon is found and usable in Tempest Keep instances: Botanica, Mechanar, and Arcatraz. They aren’t worth using for 5-man dungeons and heroics. But you may want to start saving up for Phase 2, as you’ll be able to use them in Serpentshrine Cavern and Tempest Keep raids. 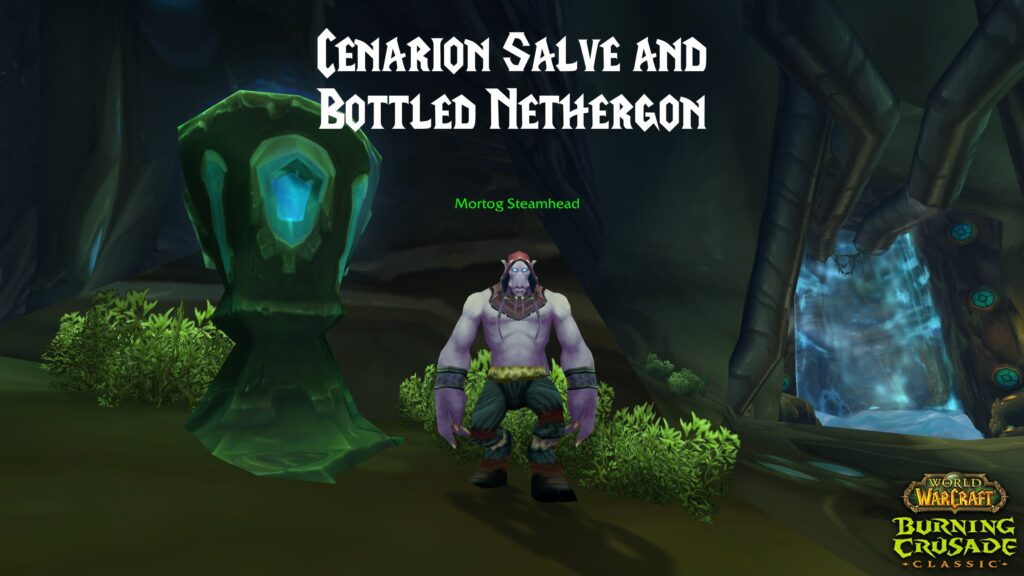 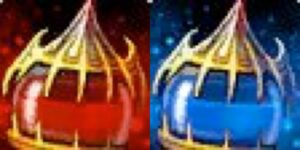 Coilfang Armaments drop from the Coilfang dungeons (Slave Pens, Underbog, and Stemvault). They are commonly turned in for Cenarion Expedition reputation. But they can also be used to buy special mana and healing potions, provided you’re exalted with Cenarion Expedition.

At current prices on my server (Pagle-Alliance), it is 15% cheaper to buy a Coilfang Armament than to buy three Super Mana Potions.

This is a much worse deal, as three Super Healing Potions currently cost 3 gold less than a Coilfang Armament. That gap isn’t going to change when Phase 2 rolls around (in fact it may get worse), so if you don’t use mana potions you’re better offer turning in or selling your Coilfang Armaments.

Get Exalted with Cenarion Expedition By Phase 2 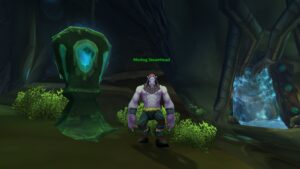 Both salves are sold by Mortog Steamhead, located outside the instances inside Coilfang. He also sells ammo, reagents, and does repair (all for regular gold). But you must be exalted with Cenarion Expedition to deal with him.

Mortog is a great resource for repairing after wipes and restocking supplies you have either burned through or forgot to bring. He should save your guild gold on repair bots, not to mention repairing at exalted rep is 20% cheaper than with a repair bot for everyone. 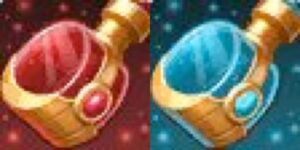 If you’ve run any of the Tempest Keep dungeons (Botanica, Mechanar, Arcatraz) then you’ve seen special healing and mana potions for those instances drop called Bottled Nethergon. Most players (myself included) don’t bother with them for 5-man content, as they just take up more bag space. But come Phase 2 they will also work in The Eye, the raid instance added to Tempest Keep. Given Phase 1 prices they will be a much cheaper alternative to the regular healing and mana potions we’re currently using. Provided you stock up early.

At current prices on my server (Pagle-Alliance), these mana potion alternatives are 1,5 gold cheaper each. Buying a full stack (15) saves you over 20 gold and uses fewer bag slots.

Unlike the Coilfang version, these are worth holding on to buying in advance of Phase 2. Super Healing Potions are really cheap, on my server they’re around 60 silver each. But the Bottled Nethergon Vapor is selling for less than 5 silver. Even if you usually just use mana potions buying a full stack (15) of the vapor will provide you with plenty of emergency healing potions for less than 1 gold total.

Stockpiling Cenarion Salve and Bottled Nethergon for Use or Profit

At the very least I encourage everyone planning to run SSC and TK raids in Phase 2 to hang on to whatever Coilfang Armaments and Bottled Nethergon they come across. They are essentially free mana and health potions. Whether to invest some gold into them and when is another matter.

The price balance between normal potions and the special SSC and TK items will likely change between Phase 2 being announced and released. My expectation is investing in personal use today will be worthwhile.  At the very least I’ll avoid the rush after Phase 2 is announced any most players discover this information. I have a significant, but not insane stockpile of both Coilfang Armaments and Bottled Nethergone Energy for my elemental shaman.

The best part is I’ll be able to carry around these new potions without taking up more bag space. Currently, I carry 15 Super Mana Potions in my bags full-time. I usually need fewer than 10 for raid nights, but stuff happens. Those potions take up three bag slots.

I would be more cautious about stockpiling for Cenarion Salve and Bottled Nethergon, expecting to sell them later for a profit. I would expect prices for Bottle Nethergon and Coilfang Armaments to go up as Phase 2 approached. More players will be interested in buying for their own future use while fewer characters are run through the related dungeons compared to early in Phase 1. It is the price of Super Mana Potions I’m unsure about. How many classes and specs are going to switch from mana pots to a DPS pot for Phase 2? Does that happen soon or after a certain amount of gear? Are there changes to herb prices due to Phase 1 burnouts returning or when more raid logging starts in Phase 2?

It is also a fairly low-profit play. Bottled Nethergon Energy is ~50 silver on my server. It won’t go up to 2 gold where Super Mana Potions are, it only has value if it is significantly less. So maybe one could make a 50 silver profit per bottle. Saving 8 stacks (120) would then net you 60 gold. Doing the cooking, fishing, and both dungeon dailies will get you more than that. Coilfang Armaments are already only 1 gold difference from an equal number of regular mana potions, there isn’t much profit left there to squeeze out.

If you still want to go this route I strongly recommend you start selling after Phase 2 dates are announced, well before Phase 2 releases. When material costs went up for a new phase in WoW Classic they usually hit their high between the announcement and the release. Upon release a lot of other players who also stockpiled then start selling (expecting that’ll be the high price point). More supply leads to prices dropping. This is compounded when sales aren’t happening as fast because it turns out most players bought what they needed after the announcement and before release. We’ve seen some prices crash at the start of a new phase due to too much supply and too little demand.