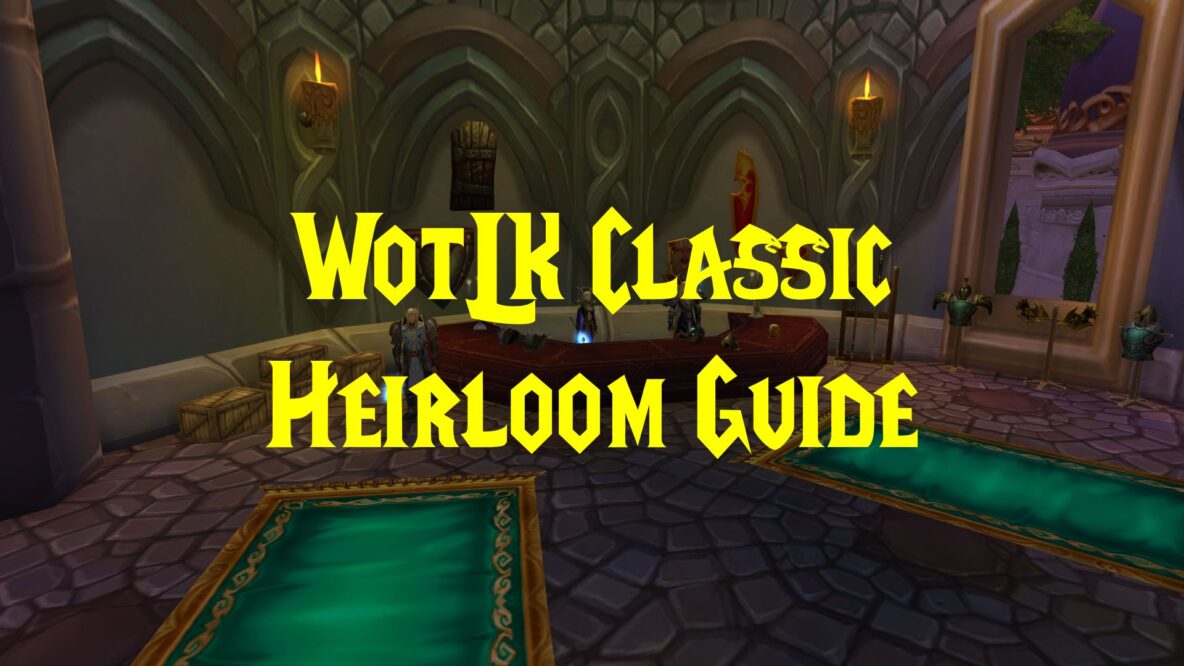 Heirlooms are Bind on Account items introduced in WotLK Classic, designed to help your alts level up faster. They can be shared with and used by any character on your account. And they level up with your character, providing constant stat scaling and often boosting your XP gains. This WotLK Classic heirloom guide will go over the heirloom items available and how to best get them. 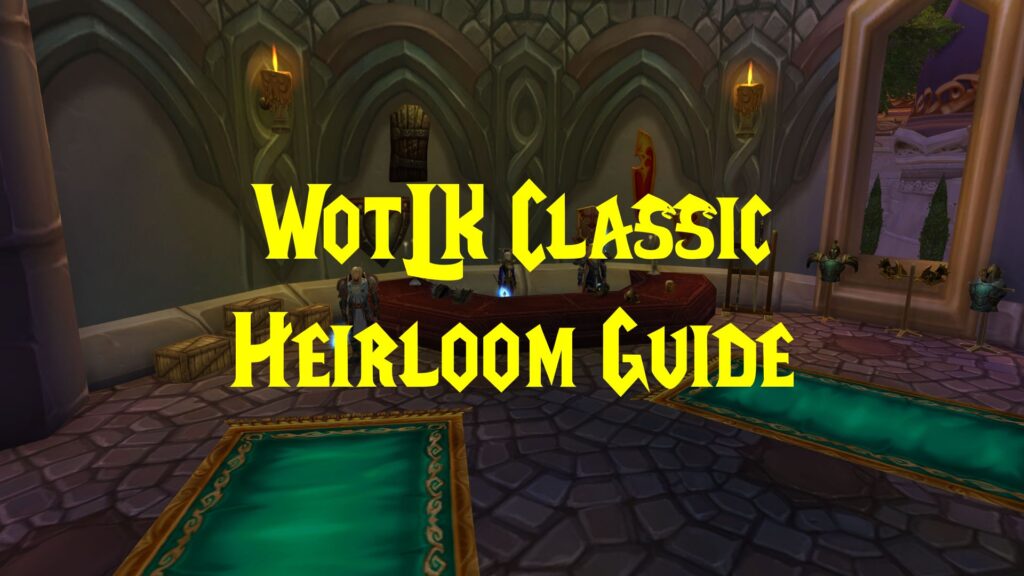 Heirlooms work differently than armor and weapons in WoW Classic we’ve had before.

Your first level 80 will likely buy your first heirlooms. You can then mail them to your alt. Any alt on the same account, regardless of faction and server. The receiving alt can wear and use the item all the way to level 80. When done you simply take it off and mail it to the next alt in line.

Armor type is still a restriction, so you can’t use a plate armor heirloom for your paladin with your mage. If wanting to minimize heirloom purchases consider cloth for all caster types and leather for all physical DPS types.

Stats Based On Level

Each heirloom only gives the type of stats it lists, but how much of each stat depends on the level of the character wearing it. Stats on heirlooms increase as you level up, with the stats at any given time typically being on par with a rare quality item. So you’ll prefer the heirloom item over other rewards you earn while leveling. Only at level 80 does it become a lesser piece you’ll want to replace quickly.

Adjusts Armor Type Before and After Level 40

Another part of the level change is mail and plate armor will become leather and mail armor if the wearer is under level 40. So you still buy a plate piece for your new warrior, and it’ll work for them until they learn plate specialization later on.

The purchasable PvE-focused heirlooms include weapons, shoulders, chests, and trinkets. At the start of WotLK Classic, they will be purchased using Emblem of Heroism. It is worth noting that many other items can be purchased with Emblems of Heroism, some of which include pre-raid BiS pieces. Unless you are focusing on alts over raid progression you likely won’t want to spend your initial emblems on heirlooms. 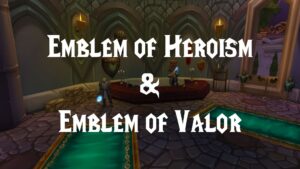 Emblem of Heroism and Emblem of Valor

In Phase 3 the same heirlooms can also be purchased with Champion’s Seal, a new currency tied to the Argent Tournament. Champion’s Seal will also buy you ilvl 200 rare and epic items, but by Phase 3 those are more catch-up items. So raiding mains will likely find exchanging Champion’s Seals for heirlooms a better value than spending their initial Emblems of Heroism during Phase 1.

There will also be PvP-focused heirlooms available using Stone Keeper’s Shards, a PvP currency tied to Wintergrasp. Just because these are made for and obtained through PvP, though, doesn’t mean they aren’t valid options for your PvE alt-leveling needs. In fact, I expect these to be the more popular option for early heirloom purchases, as you can earn the currency alongside earning Emblems of Heroism.

When your faction has won Wintergrasp you gain the Essence of Wintergrasp buff, whether you participated or not. That allows you to obtain Stone Keeper’s Shards in two ways. The first is bosses in dungeons (both normal and heroic) will drop the shards while the buff is active. You’ll typically get 2-3 per boss.

The second method is to head to Wintergrasp and complete weekly PvP quests. Each quest awards 10 shards, so this is typically a faster method than relying on dungeon bosses.

Essence of Wintergrasp In WotLK Classic

In WotLK Classic you will get the Essence of Wintergrasp buff if anyone from your server and faction participates in and wins a round of Wintergrasp, held every 3 hours. As multiple battles will happen each time it is possible both factions on the same server can receive the buff.

You can enchant heirlooms, but they are treated as level 1 items. This matters in WotLK Classic, as higher-level enchants can now only be applied to higher-level items. As such you can enchant heirloom weapons and chests only with OG WoW Classic enchants, such as Crusader and Greater Stats. While these enchants offer less benefit from 60 to 80 they remain on the item and will benefit the next user.

Consider all the alts you plan to use the same weapons before deciding on an enchant.