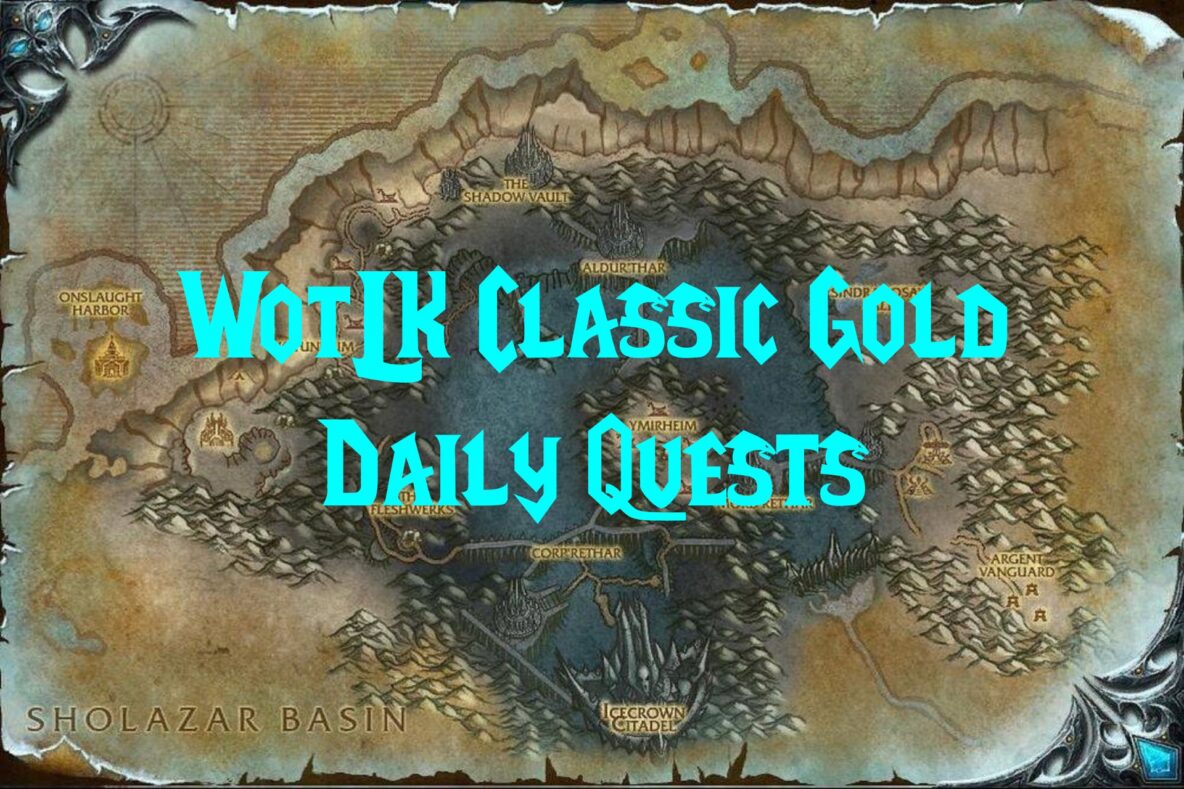 Daily quests are the best, lowest common denominator method of WotLK Classic gold-making for any player. Any level 80 character can do it regardless of their class, spec, gear, or current economic status in-game. If you are a new (or poor) player and want to get into more advanced gold making, WotLK Classic daily quests are where you start to save up capital to move on to more profitable activities. If I know nothing about you and you ask me how to make gold in WotLK Classic, I’ll start by telling you to do your daily quests.

This guide has been updated to include Argent Tournament daily quests available during WotLK Classic Phase 2. 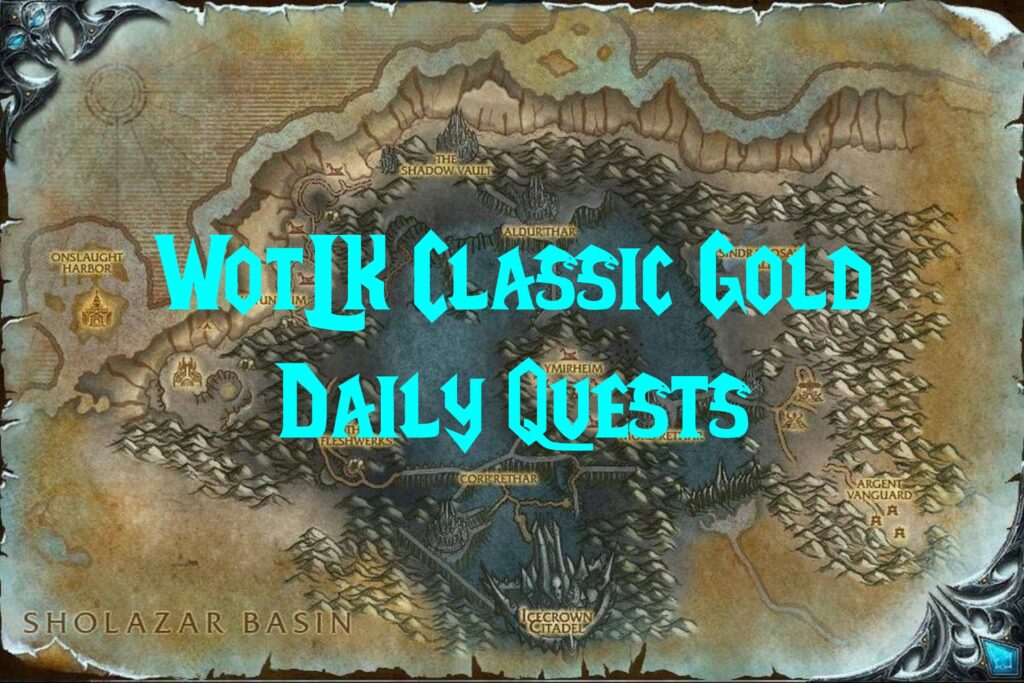 If you need to do other daily quests for professions or reputations then continue to do those, then add in as many of these quests as possible. Later on, you’ll be able to focus on gold only. 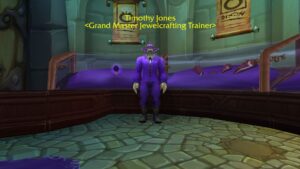 If you have jewelcrafting as a profession then this daily is the best-paying one in the game (after you no longer need the tokens to buy recipes). Turn in the Dalaran Jewelcrafter’s Token for a Dragon’s Eye, which you can then sell at the auction house. 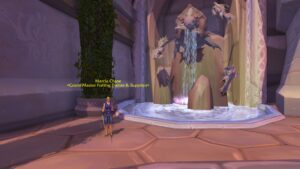 Fishing is a great profession to have skilled up on at least one level 80 character. The fishing daily awards Bag of Fishing Treasure, which contains random rewards. Some are low value, but there are also some high-value items available you can sell. If you don’t mind the reward RNG this should be on your daily to-do list.

All of these quests are given by the Sons of Hodir, which is one of the more important factions you want to earn Exalted with. You’ll need to start the quest They Took Our Men and follow the series to unlock access to the Sons of Hodir. You can do this as early as level 77. As you gain reputation you’ll unlock more daily quests. Do as many as you can each day and continue to use them for making gold through the first half of WotLK Classic. 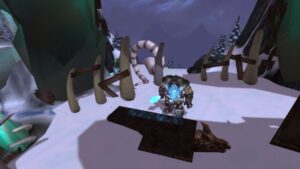 Sons of Hodir daily quests, given by an anvil and horn among other things

7. How To Slay Your Dragon

If you aren’t doing any professional daily quests and find yourself coming up short of a full 25 these two are options to consider. They are out of K3 and Frosthold.

In WotLK Classic Phase 3 there will be more Argent Tournament daily quests available, making it a large hub for you. Until then enjoy these four daily quests.

11. Taking Battle To the Enemy

You’ll do the remaining of your daily quests at various quest hubs in Icecrown. To access all of these daily quests in WotLK Classic you’ll need to have unlocked all areas of Icecrown. That is done by completing the regular quest series, which leads you from hub to hub and changes the world around you as tasks are completed. Remember, you earn good gold from completing regular quests at level 80, so it is worth your time to unlock all of these daily quests.

Alliance and Horde have their versions of the same quests. Each also has its camp just outside of Ymirheim. 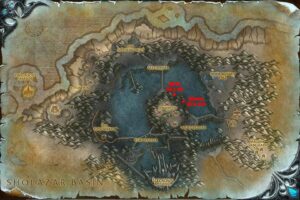 This quest is on the southern end of Ymirheim, not in the marked quest hubs. But it is the fastest daily quest in WotLK Classic, so worth the small detour.

The Skybreaker – Alliance Only

The Skybreaker is the Alliance’s airship, patrolling the skies over Icecrown. It moves around, but is generally somewhere between Aldur’thar and Ymirheim, toward the east or west. 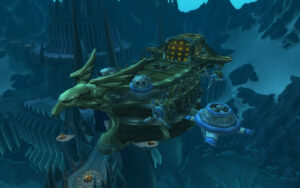 The Skybreaker, the Alliance’s airship over Icecrown

Orgrim’s Hammer is the Horde’s airship, patrolling the skies over Icecrown. It moves around, but is generally somewhere between Aldur’thar and Ymirheim, toward the east or west. 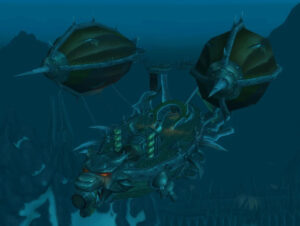 Orgrim’s Hammer, the Horde’s aerial base over Icecrown

Alliance and Horde have their versions of similar quests. Each also has its camp on either side of the bridge leading to Aldur’thar. You can pick these up while heading toward Argent Tournament quest goals to the south. 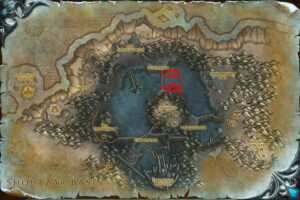 You can optionally pick these up while in the area doing Threat From Above. You may find them more convenient and you can then skip a couple of dailies above that you may not like as much.