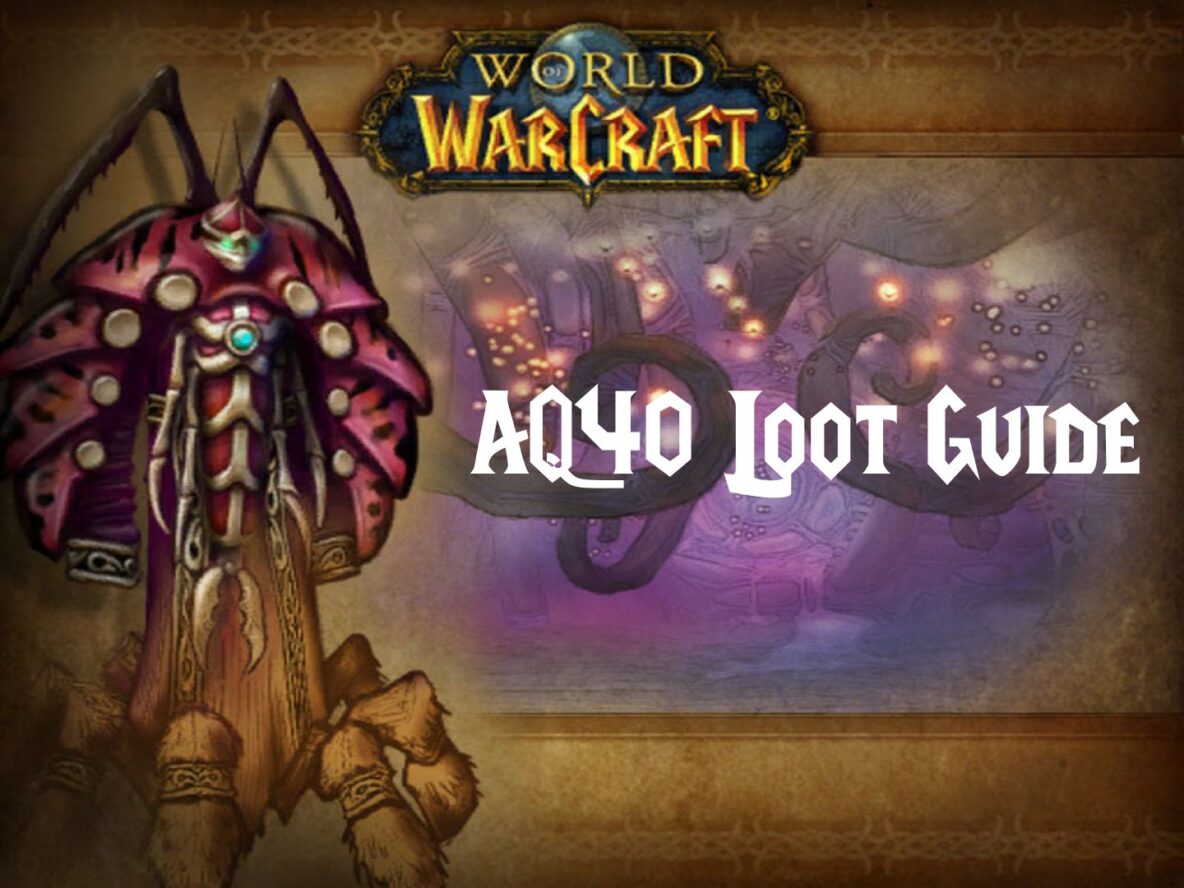 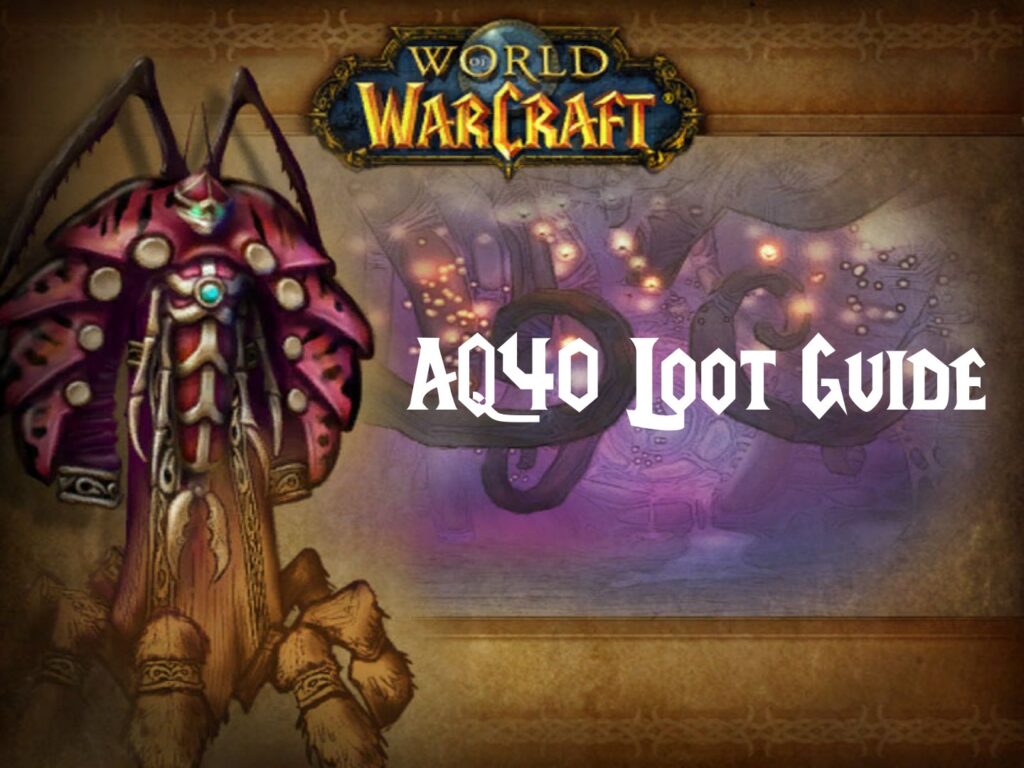 Temple of Ahn’Qiraj (AQ40) is the new 40-man raid in Phase 5 of WoW Classic. And will be the next level of progression for any guild who has Blackwing Lair on farm status. It offers new class armor sets, as well as weapons, trinkets, and more. But much of the loot isn’t a straight drop. And many of the bosses are optional. This AQ40 loot guide will help you understand where and how to get your next set of upgrades.

AQ40 won’t be available until the Gates of Ahn’Qiraj event is completed.

Before getting to the shiny new epics we need to cover the new faction tied with AQ40 in this loot guide. The Brood of Nozdormu. This is the same faction Scarab Lords had to grind for, killing over 36,000 bugs in the process. Luckily the rest of us won’t have to deal with that, once AQ40 is open.

Everyone starts at 0/36000 Hated. But don’t fret, reputation comes quickly from raiding. Just showing up to your raid each week will get you all the reputation you need.

How Much Reputation Do I Need?

Tier 2.5 pieces only need Neutral, Friendly, and Honored for their turn-ins. Honored is only for the chest, which comes from C’Thun. If your raid has difficulty with him some of you may be honored by the time he goes down.

The Brood of Nozdormu awards rings starting at Neutral. They are upgraded at each new rep level, all the way to Exalted.

Signet Ring of the Bronze Dragonflight

Once Neutral with Brood of Nozdormu seek out Anachronos in Tanaris, outside the Caverns of Time. There you can pick up one of three rings, which can be upgraded as you gain reputation levels:

For many classes, these rings are BiS at the Revered or Exalted levels.

How to Earn Rep with Brood of Nozdormu

Likely the first loot you’ll see in AQ40 are special mounts for the instance. 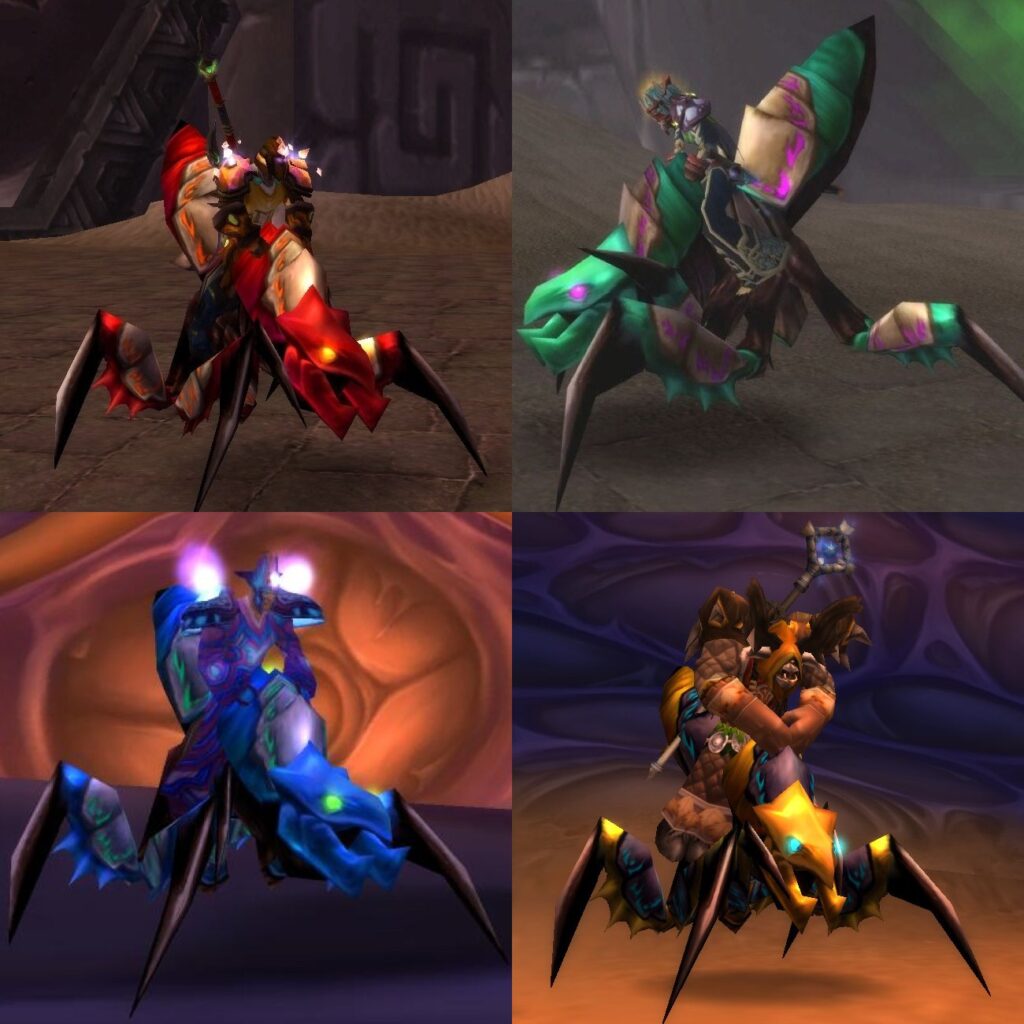 These 100% speed mounts drop from AQ40 trash and are important to your raid’s progress. Once you enter the temple (after Prophet Skeram) you can no longer use your regular mount. But you can use these. AQ40 is large, so having everyone in the raid with a Qiraji mount reduced downtime. They are also useful for getting into place for the C’Thun fight.

Unlike regular mounts, these will desummon as soon as you take any damage.

You cannot use these mounts outside of the AQ40 raid instance. Sorry, no free 100% mount today.

The Red Qiraji Resonating Crystal has a much lower drop rate, so expect it to be fought over. But again everyone in your raid needs to have a mount, whatever the color. 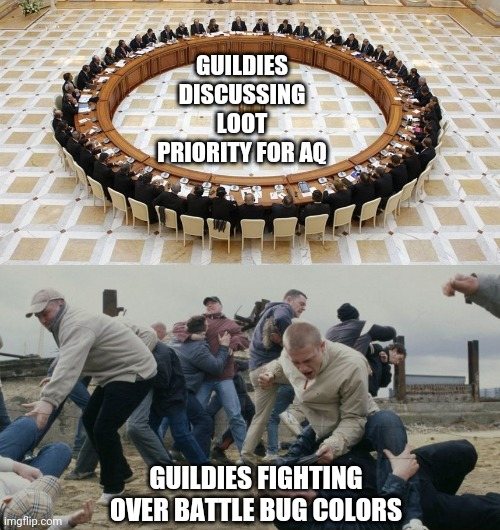 The Black Qiraji Resonating Crystal awarded from the Scepter of the Shifting Sands questline will also work in AQ40. While it is a normal mount outside AQ40, it will also desummon when taking damage inside the raid instance.

Each class has a 5-piece armor set referred to as Tier 2.5.

The armor is not a straight drop like Tier 1 and Tier 2 was in Molten Core and Blackwing Lair. Tier 2.5 uses a token system like ZG. There are rep requirements (like ZG). But you also need to turn in specific scarabs and idols, too. The scarabs and idols drop from AQ40 trash. And will likely be collected and distributed by your guild officers.

Requirements for each piece of Tier 2.5 armor for all classes

Lots of non-tier gear drops in AQ40, too. They are regular drops from bosses, no messing around with turn in requirements. For some classes, pieces will be much better than their Tier 2.5 counterpart.

There are too many items to list for this AQ40 loot guide. So instead here’s a link to an organized list on Wowhead.

If your guild is like mine you’re still short some weapon upgrades. Especially for melee players. AQ40 provides many new weapons. Both as straight drops. And from two new tokens.

One of two tokens which award a selection of weapons. Turn in also requires Elementium Ore (3). You can turn it in twice to get two of the non-unique weapons.

One of two tokens which award a selection of weapons. Turn in also requires Elementium Ore (3).

The Bug Trio fight involves three bugs at the same time: Vem, Princess Yauj, and Lord Kri. They share some loot. But each bug also has its own loot table. Whichever bug is killed last determines the loot table. A combination of that bug’s look and the shared loot. Killing them in different order also changes the fight’s difficulty.

Folks at /r/classicwow on Reddit put together a great visual guide. It shows an individual bug’s loot, their shared loot, and the difficulty when killing each bug last. 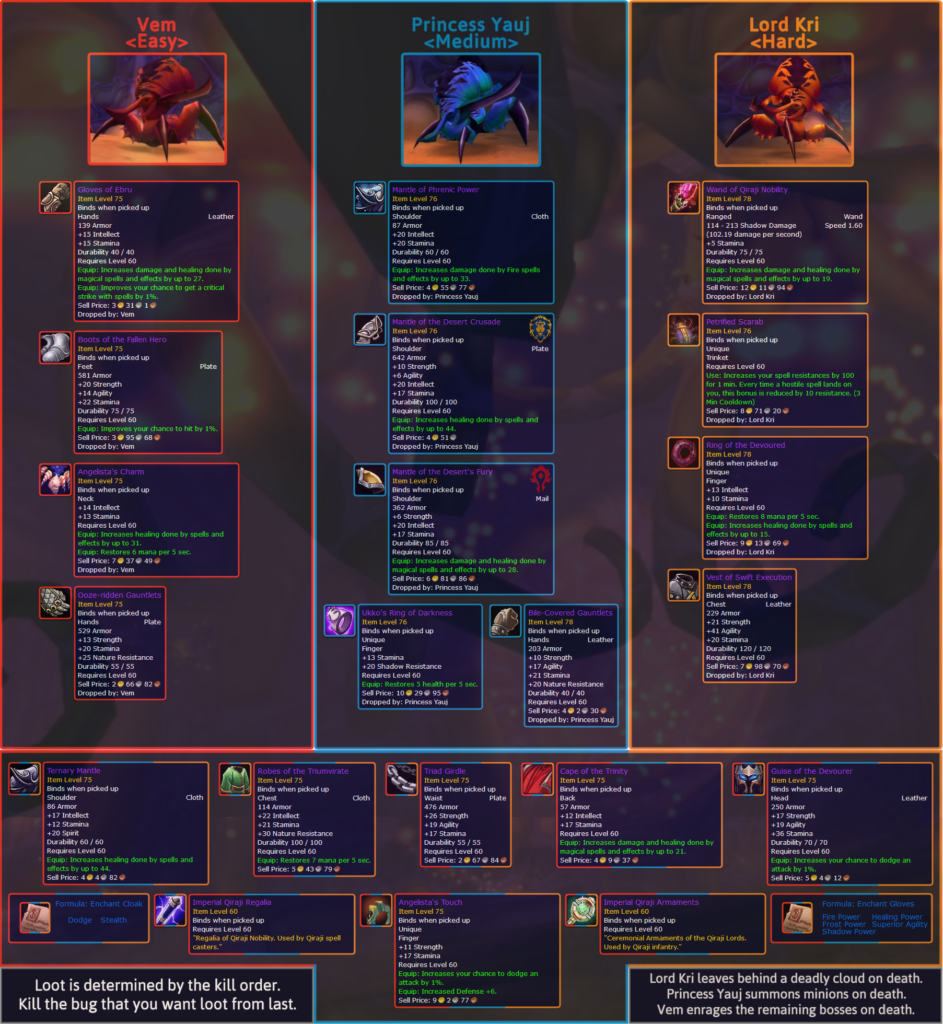 My guild will be starting with the easiest kill order. Later we’ll put the kill order up to a vote by those in the raid.

The final boss, C’Thun, always drops the Eye of C’Thun. It starts a quest that leads to one of three rewards.

Check out my Phase 5 Professions post for more details on new professional recipes release in and alongside AQ40.