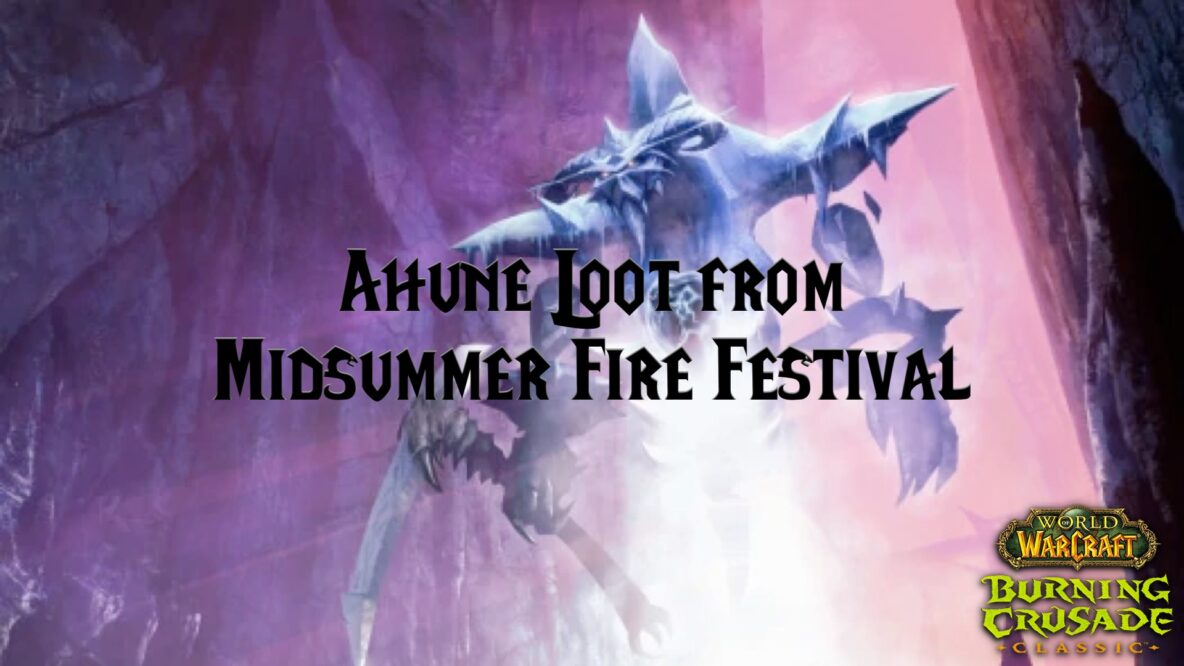 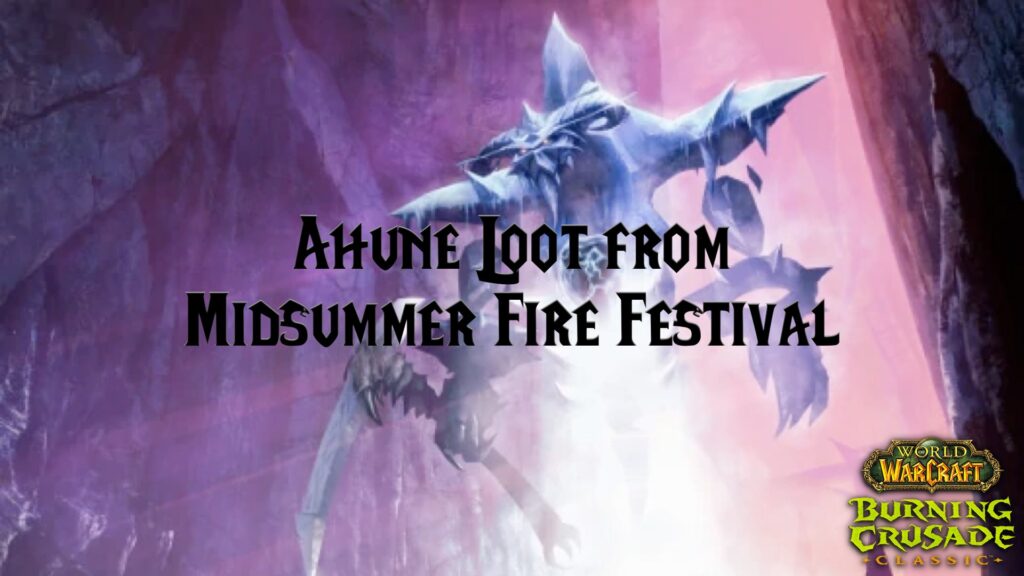 Ahune loot for Midsummer Fire Festival was originally designed for release alongside Zul’Aman, which is Phase 4 in TBC Classic. The first festival during TBC Classic arrived early, making the loot options nice but not quite BiS at the time. For the second year, the loot is mostly attractive to fresh level 70s looking to get some nice (and free) epics.

Ahune drops level 70 epics, a new weapon enchant formula, and a non-combat pet. In heroic he also drops a Badge of Justice for everyone. The epic items are at the same level as Badge of Justice gear available in Phase 1. In fact, if you’re looking to buy a necklace or cloak for BoJ consider waiting until after the Midsummer event is over, as you might get something just as good for free.

The neck epics only drop in heroic mode. The DPS and healer necklaces have the same stats as the items G’eras sells for 25 BoJ. The tank neck from Ahune gives up agility for hit rating compared to its BoJ counterpart. 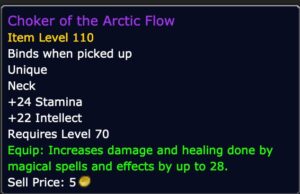 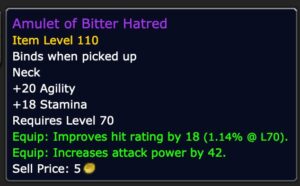 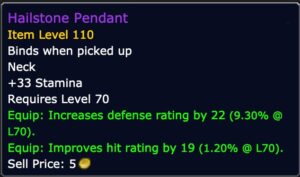 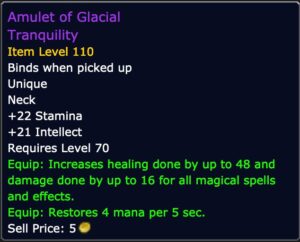 The epic cloaks drop in both normal and heroic modes. They are level 70 only, so lower-level characters will need to store them for a bit before use. The DPS and healer cloaks have the same stats as the items G’eras sells for 25 BoJ. The tank cloak from Ahune offers defense while the BoJ version offers shield block. 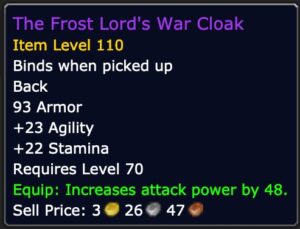 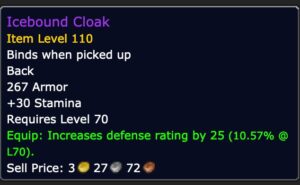 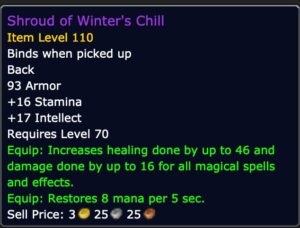 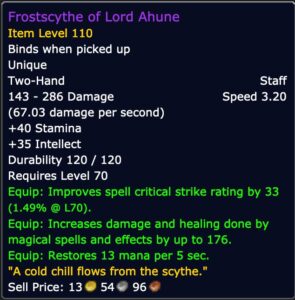 A cool-looking scythe (classified as a staff in-game) with a frost animation at its bottom. Clicking on it while equipped will give a snowing appearance above you. 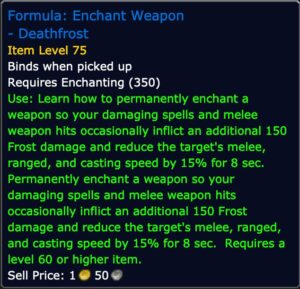 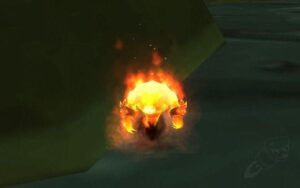 A mini fire elemental to follow you around. It’ll also burn nearby critters every so often.

Ahune and his loot during the Midsummer Fire Festival are available in both normal and heroic Slave Pens. How you summon him depends on which difficulty level you’re on.

Before you enter Slave Pens you’ll want to pick up the quest Unusual Activity from an NPC in a major city. That starts the short quest chain leading to the daily dungeon quest.

An NPC named Luma Skymother is found inside the Slave Pens instance near the entrance. She’ll offer a dungeon daily quest to summon Ahune. You must be on the quest to do the summoning.

The benefit of this mode is you can farm Ahune five times without resetting the instance, by having everyone in the group summon individually, kill him, and repeat. As it is a daily quest each character can only summon him once per day. The quest requires you to be level 65+.

In heroic Slave Pens, any member of the part can summon Ahune by clicking on his crystal. Unlike the normal version, there is no one to repeat a summoning once Ahune has been killed. You also can’t reset and repeat, as heroics are once daily.

On the bright side, Ahune drops a Badge of Justice for everyone in heroic mode. 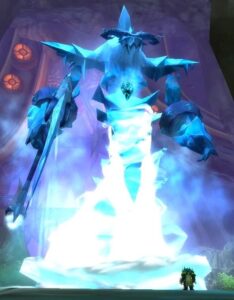 Start by making sure trash in the area is cleared out, especially the patrols.

An elite ice elemental and several non-elite water elementals will spawn. You need to tank and focus on the elementals. You’ll go through a few packs before moving on to the next part.

An additional air elemental will appear the second time you run this phase.

Focus damage on Ahune, who retreats into his core. This is where you should use your cooldowns, as you’ll only have about 20 seconds. After that, you switch back to Phase 1 and repeat.

In heroic you need to get him down by the end of the second time you run this phase, or you risk running out of mana.

During both phases, frost rings will appear on the ground. A few seconds later a spike will appear, damaging any nearby players and shooting them into the air.

In addition to Ahune and his new loot, there are some other changes to the holiday event.

A special tabard which was originally only made available during the Midsummer Fire Festival of 2008, which corresponded with the Olympic games going on at the same time. Blizzard has brought this one-time-only tabard back for TBC Classic during this Midsummer Fire Festival and the Tokyo Olympic games starting at the same time.

To earn one simply participate in any battleground match during the 2021 Midsummer Fire Festival. Win or lose, the tabard will be mailed to you after the match.

Do not expect this special tabard to be available after the 2021 event.

Dancing around the ribbon poles in major cities will grant you a buff, increasing experience earned by 10%. Great for those closing in on level 70 or alts of any level.

You’ll find event quests sending you out to different parts of the world. These are good for XP if leveling up or gold if already level 70.

You can also visit bonfires in both Azeroth and Outland and complete quests for XP or gold.